Wherever I Look
Recaps, Reviews, and So Much More
Home Movies Burning Sands – Overview/ Review (with Spoilers)
Movies 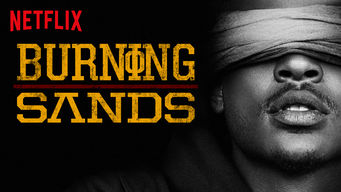 Burning Sands is everything GOAT was hyped up to be and more. To the point that putting them in the same sentence is damn near an insult.

Table of Contents show
1 Characters & Storyline
2 Highlights
2.1 You Fully Understood The Motive
2.2 Women Weren’t Just Sex Objects*
3 Criticism
3.1 Not The Most Memorable Characters
4 On The Fence
4.1 There Was No Flinch Worthy Moments or Tears
5 Overall: Positive (Worth Seeing)

Every pledge we meet, from Zurich [Trevor Jackson] to Ernest (also known as Square) [DeRon Horton] are trying to get something out of pledging. Some are trying to continue a family tradition or do as their dad didn’t. For many, they are looking for the benefits of the brotherhood far beyond the parties and the girls but those connections. Some are pre-med and want that hookup for a residency, others want to become lawyers and other types of professionals. However, to do so, they got to survive hell week and hell night. All of which is but one beat down after another. Of which there is a threat of things ending fatally.

You Fully Understood The Motive

By halfway through the movie, after seeing bruises and watching these young men get kicked, punched, damn near drowned, and more, you honestly are left questioning if it is all worth it? Yet, then the movie reminds you of the opportunities they are fighting for. Not the parties and girls, but the networking connections. These young men know a degree on its own won’t get them where they want to be. They know even if they are smart, even if they are athletic, there is something about being part of a fraternity which gives them a certain kind of prestige no injury or failure can take away from them. For it not only certifies their perseverance but also leads to a mass acknowledgement of their manhood.

Women in this film, I should note, don’t play huge and pivotal roles. Professor Hughes [Alfre Woodard] may come off as a potential maternal figure to Zurich, but in the end, she is just a staff member who doesn’t support frat hazing. As for the women Zurich’s age, they range from his girlfriend Rochan [Imani Hakim] to classmate Angel [Serayah], as well as Toya [Nafessa Williams]. Again, none of them really play a major role, but at least they aren’t just unnamed set of ass cheeks 1,2,3,4 and etc.

With that said, I must note that Toya technically could be considered a sex object. However, she has the type of autonomy most girls don’t have in films like this. On top of noting she likes sex, hence why she has it with multiple men, she also is intelligent without going to college. All the while being kind of ghetto.

Not The Most Memorable Characters

Personality is in short supply with this movie, as well as the type of character development which will help you differentiate some of the pledges as well as the brothers. Now, for the ones who actually get a decent amount of lines or one on one moments with Zurich, like Ernest, you learn who they are. However, if they aren’t like Rotimi, who played Edwin, or Trevante Rhodes, who is fresh from Moonlight, they blend in so well that even if you hear the name 17 times and have subtitles to know who is talking, within 10 minutes you are left wondering: Who was that person again?

There Was No Flinch Worthy Moments or Tears

Considering the torture these guys were going through, including getting beat with wire hangers and paddles, I was surprised there were no moments where you’d just flinch. Also, while I note the film had a well-developed motive for why the guys were going through all this, I must admit I was also surprised there wasn’t an “I need this so I won’t end up like my dad” type of moment. You know, some sort of emotional reason and not it just being about proving your manhood or the networking opportunities.

While this maybe a short review, in comparison to others, it is mostly because this film seems to build off of all that GOAT should have done and what I personally wish The Quad was (or is). It features a varied sense of what it means to be Black, has an actual focus on Black figures and the students going to class, and there is a strong enough lead to keep you interested in his story, along with those he interacts with.

Thus the Positive label for while Burning Sands does nothing new, it does it better than those you may find yourself comparing it to.