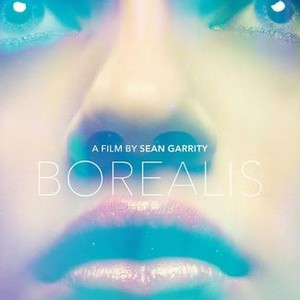 A movie which takes the serious issue of a young girl losing her sight and pairs it with a bumbling dad for a comic relief.

After the death of his wife, Jonah has pretty much fallen apart. He no longer works and tries to gamble his way through paying bills and, to top things off, his daughter Aurora is going blind. But before she goes blind he plans to take her to see the aurora borealis, which she was named after. All the while, running away from a former friend named Tubby who he owes a huge amount of gambling debt to.

In the film, Jonah plays a sort of comic relief to the depressing idea of a 15-year-old going blind. Problem is, Jonah isn’t written in such a way you feel sympathy for him. If anything, he seems like a sitcom dad with a gambling problem. One which introduces Tubby and his sort of comical gangster style. Leading to the issues of dealing with a daughter who is not only in the middle of a teenage rebellion, but also going blind, kind of shadowed by this hapless father and his nonsense.

While I haven’t seen a majority of King’s films or performances, she is always a welcome addition to any cast she is in. However, like many an actor, she is only as good as those she plays off of and the script. So while she is given what could be a meaty character, a girl going blind in her teen years, who still desires to experience and do everything a normal teen would do, as noted, she is forced into a shoddy role. One which she tries to salvage, thus giving this film some sort of pulse, but the writing and Chernick’s performance overpowers her to the point that any chance she would have of salvaging the movie is quickly cast aside.

Considering Aurora going blind as a teenager, alongside her mother’s death, that in itself is enough drama for one movie to handle. Hell, it sounds like a John Green book waiting to happen. However, once you through in Jonah likely going into a depression after his wife died, him developing a gambling problem, as well as debt because of it, then the film begins to drown. Thus setting aside the more interesting plot to give Jonah all the time and focus needed to steer this movie into a bad comedy which occasionally reminds you that some people have real problems.