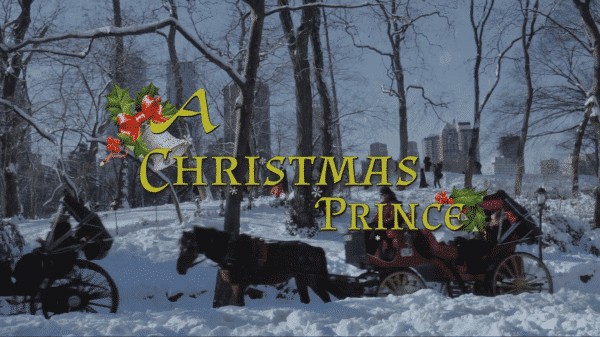 A Christmas Prince is a cute, yet predictable film which perhaps is more touching than expected.

Amber, a 20 something-year-old woman who would love to go from a copy editor to writer gets her big break. One in which she is to do a story on the Aldovia royal family. In particular, Prince Richard who is seen as nothing less than scandalous. It is assumed he is a philanderer and spoiled rotten. Also, that he may abdicate the throne to keep that up so Amber’s boss Max sends her off to get the scope.

However, Amber finds something unexpected. First in Emily, this seemingly wicked girl she has to con into thinking she is a tutor and then the prince himself. However, while looks may be deceiving there are many secrets this family holds close. All of which puts Amber in a precarious situation, One which forces he to choose either a career-making story or holding a secret which could rock the Kingdom of Aldovia in ways a person could never imagine. I was quite surprised how much of an effect little Ms. Honor Kneafsey had on me. To the point, she really brought some real emotion to this simple Christmas tale. For while the film is laced with loss through Amber’s mother dying and it being about a year since Richard and Emily’s dad died, it is through Emily you truly feel the loss. Especially because there are other factors involved too.

Despite coming off as a brat, you come to realize what she needed was someone who wouldn’t treat her with airs and graces for, in many ways, she is like her brother. There is a sense of adventure in her, as well as mischievousness, but with her frail body, she isn’t able to live the life she wants. Which, as you can imagine, comes with a certain amount of frustration.

But it is when she goes beyond being frustrated but hurt by the loss of her father, and the watchful eye of her overprotective mother, that it hits you hard. For with her talking about herself as a broken being, one who seems dreadfully lonely and could very well be that way for some time, it makes Kneafsey’s performance the surprise of the film. 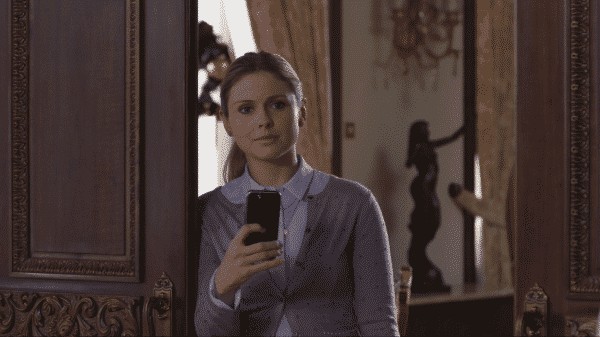 Let’s begin with the fact Emily, who is in a wheelchair or has to move on crutches, was able to find out Amber was a liar without much work. But what makes things worse, to the point of it being eye-roll inducing, is how often Amber has her phone out and clearly is taking pictures or a video. I mean, with her pretending to be this Martha person, I’m sure there was some written agreement about taking pictures and videos. Heck, considering how private this family is, and with her being the sole person taking pictures on their phone, did she not think twice about how she would be perceived?

Granted, Mrs. Averill wasn’t on her case as expected, but was she not worried at all what she would say or do? Then, on top of that, as noted, Emily was able to find out what Amber was about. You know how? She left her password to her computer in plain sight. But, let’s also factor she was using her computer, without headphones or anything to cloak her conversation, as she reported back what was going on. I mean, the girl doesn’t even whisper! All you have to be is right outside the door to hear her whole conversation.

One of the reasons Emily is highlighted while the rest are on the fence is because the writing makes you feel so forced into feeling bad for them. Be it Amber whose career has stalled and worries about living her widowed father behind; Richard trying to appease everyone but be himself; or the queen, also a widow, worried about her only daughter who is almost all she has left.

All of this Hallmark/Lifetime styled characters, who desperately wish to pull your heart strings, really don’t add much. Especially as they all slowly lose any sense of complication and settle into predictable behavior. The would-be villains Sophia and Simon especially.

While certainly cute, and Honor Kneafsey delivers an above average performance, the film is still very much trapped in the expectations of a Christmas movie. For with it seemingly, desperately, trying to remain family friendly, it waters down the adults dealing with loss and makes the royal scandal borderline comical. Especially with the way Simon and Sophia handle it.

Hence the mixed label for while enjoyable, there is nothing exemplary about this film. It’s a good one and done film to watch with the family or kill time with by yourself. But it doesn’t have anything within it which makes you think it is worth making part of any tradition.