John Leguizamo continues to use the unique lane he created for himself to not only present his comedic take on the ignorance of Latin history but also present an epic history lesson.

When it comes to John’s previous work, ranging from Mambo Mouth

to Ghetto Klown, it has been his life. Be it his relationship with his father, Uncle Sandy, his brother, and his career, that is what dominated his previous work. Latin History for Morons is just as personal, but now the story deals with his relationship with his son, Ryder (referred to as Buddy). The way Buddy is described is this sweet kid. One who, sadly, is an easy choice to be picked on, but the story here isn’t fully about Buddy’s rough life in school. If anything, it is about an assignment dealing with finding a hero.

Something which, for John, is a bit of a difficult thing to find. For between the Mayans and Pitbull, he realizes that when he was in IS 145, he didn’t learn much about his people. Well, he learned how many, like his teacher Mr. Flynn, saw his people, but as for the many names he drops from Moctezuma and Atahualpa? Nothing. What many enjoy in modern times which came from Native Americans, which Leguizamo notes is what they are mostly made of, nothing.

So, in the process of finding his son a hero, he discovers a lot about himself and questions why he is just learning about this? Why wasn’t this taught to him while Buddy’s age and, ultimately, how much did not knowing his past, Buddy as well, affect their present?

[…] if you don’t see yourself represented outside of yourself, you just feel fucking invisible.

[…] before I confront others, I gotta learn how to confront myself.

Violence is the worst kind of communication

The Importance of Being Seen & Knowing Your History

When it comes to Latin representation, including Spanish speaking Caribbean islands, learning about yourself is an extracurricular. Heck, learning about them is extracurricular. Depending on your school, Latin America isn’t touched at all. All you know is things began in Africa, then you move to countries developing in the Mediterranean, the start of the 13 colonies, and pretty much Latin America doesn’t come about until the wars with Spain, then things go dark until the Cuban missile crises. But, of course, in either high school or college, you can take a class on Latin history as an elective.

That is a huge issue and as John states, it makes it so not only Latin people don’t know their history, but the racist and ignorant of America get the privilege of thinking it as optional. All the while they get to know their history, learn about various heroes they can identify with, as Latin kids are wondering when it’ll be their people’s turn to shine.

While The Body Isn’t As Spry, The Talent Is Still There John Leguizamo is 54 years old and is still dancing his ass off. No, he isn’t doing splits and really going all out, for he isn’t as spry as he used to be, but the talent is still there. We still get the voices, the feminine mannerisms, and this is paired with a history lesson unlike anything you may have seen. Making it so, even as Leguizamo is mentioning books you’ve never heard of, people who you may remember being treated as footnotes growing up, he gives you a reason to remember them. If not, when all is said and done, follow up on what you learned.

Because of How Leguizamo Jokes Around, It Makes You Question Some Facts

As noted when this was seen back in March of 2017, with how Leguizamo uses certain statistics, sometimes as part of a joke, it leads you to question what is a joke or not? Some of it is small, like the ethnic makeup of Latinos, which he goes over 100% with. Yet, other times, you wonder how far off the deep end he went – like when he is making Montezuma seem highly flamboyant when dealing with Cortes. Yet, with each book he names, you feel torn between believing he is just trying to make the history interesting with some embellishment and perhaps needing to check out the source material.

Which, who knows, might have been the plan. He gives you an overview, with some questionable material, and you follow up with your own research. 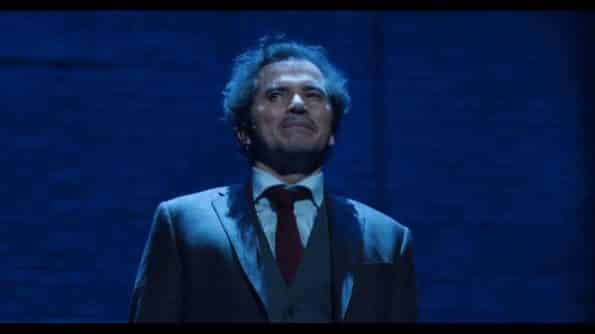 For me, discovering John Leguizamo’s stage plays was like discovering the work of Maya Angelou

. Thanks to Maya Angelou, I realized I did like to read, it was just my school’s mandatory book selection was trash. Then, when it came to Leguizamo, I came to realize what Broadway, and off-Broadway, had to offer went beyond just musicals. For, when I was younger, it seemed like that was all Broadway was. Yet, then came Leguizamo, this Hispanic dude who brought the familiarity of urban stand up with the skills developed when you take theater seriously. Thus combining two worlds and making theater seem not only accessible but not just something for those considered bougie.

I mention this to follow up why John Leguizamo is a legend because, he has forged a path all on his own. Something which, as of now, it seems no one is really taking up to become the next generation.

While I stand by the idea that this wasn’t worth seeing live, as a recording, this is worth seeing. Especially as part of the Netflix package.