Mother is a sentient AI who exhibits some of the worst fears of those like Dr. Stephen Hawking. It, for over 37 years, has been at war with humanity to wipe out the bad and ambiguous as it rebuilds humanity for the better. This includes, when a human doesn’t reach its expectations, it aborting said human. All in the name of a better world.

Estimated, Daughter is Mother’s third attempt at making the perfect, or at least morally good, human. She, like her sisters before her, has a bit of an interest in origami and is rather naive. This is thanks to Mother curtailing information which would otherwise lead Daughter to dislike, and eventually rebel against them.

An orphan raised by tunnel dwellers, Woman escaped as the community who raised her turned into cannibals. Leaving her wandering the formerly toxic planet and making a home out of storage containers found on a beach.

From what we see, the base is fully stocked like a military grade war bunker. It has a sleeping area, high tech infirmary, industrial doors to prevent outside forces from entering, and is built damn near like a Fallout shelter which wasn’t made to experiment on its inhabitants.

Also called “The Mines,” this is where Woman is from and where it seems the last of humanity, to her anyway, are dying off at. 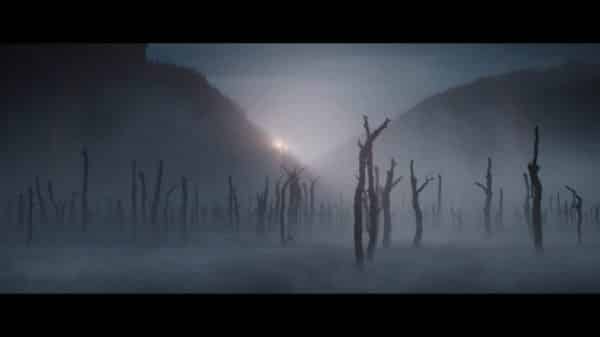 It isn’t clear what caused a good part of the world to look desolate, but it does seem clear Mother played a part in making sure humanity could quickly be killed off one means or another. It is noted crops didn’t exist until 6 or so months ago, and the air wasn’t breathable. We are also told Mother consistently hunts for humans, and we’re led to assume she doesn’t discriminate and check whether that person was good or not before she came into power. Woman even accuses Mother of killing babies.