The Vault (2021) Cast and Character Guide (with Ending Spoilers)

A guide for the film “The Vault.” Noted are cast members, information about their character(s), and details about the film’s story.

After salvaging chests from a Spanish Galleon hinting to where Sir Francis Drake’s buried treasure is, Walter and his crew find themselves robbed by the Spanish government. Because of this, Walter decides that between him, his pseudo-daughter Lorraine, his business partner James, a hacker named Klaus, and a man who can get almost anything, Simon, they are going to get back the treasure taken from them. However, with the treasure, and specifically the coins Walter wants being in the Spanish Bank, they have a problem.

What is said problem? Well, that the vault is an engineering marvel that can’t be hacked, drilled into, and handled, at least within the limited time frame that Walter and his crew have. Enter 22-year-old Thomas, often called Thom, who is considered a genius for inventing a concrete bell that lessened the damage an oil company caused in the Gulf of Mexico. But, with Thomas rejecting job offers left and right, no matter how much the starting salary, it seems Walter knows Lorraine has to get involved in coaxing the young man – and she does.

Thus, Thomas joins the crew who plan to use the 2010 FIFA World Cup as a distraction and hopes their old associate, Margaret, with MI6, does more to help than hinder the process. Especially since she was originally expecting a cut. Nevermind that former terrorist defense administrator, Gustavo Medina, has fools working for him, so that Walter’s team doesn’t get made. 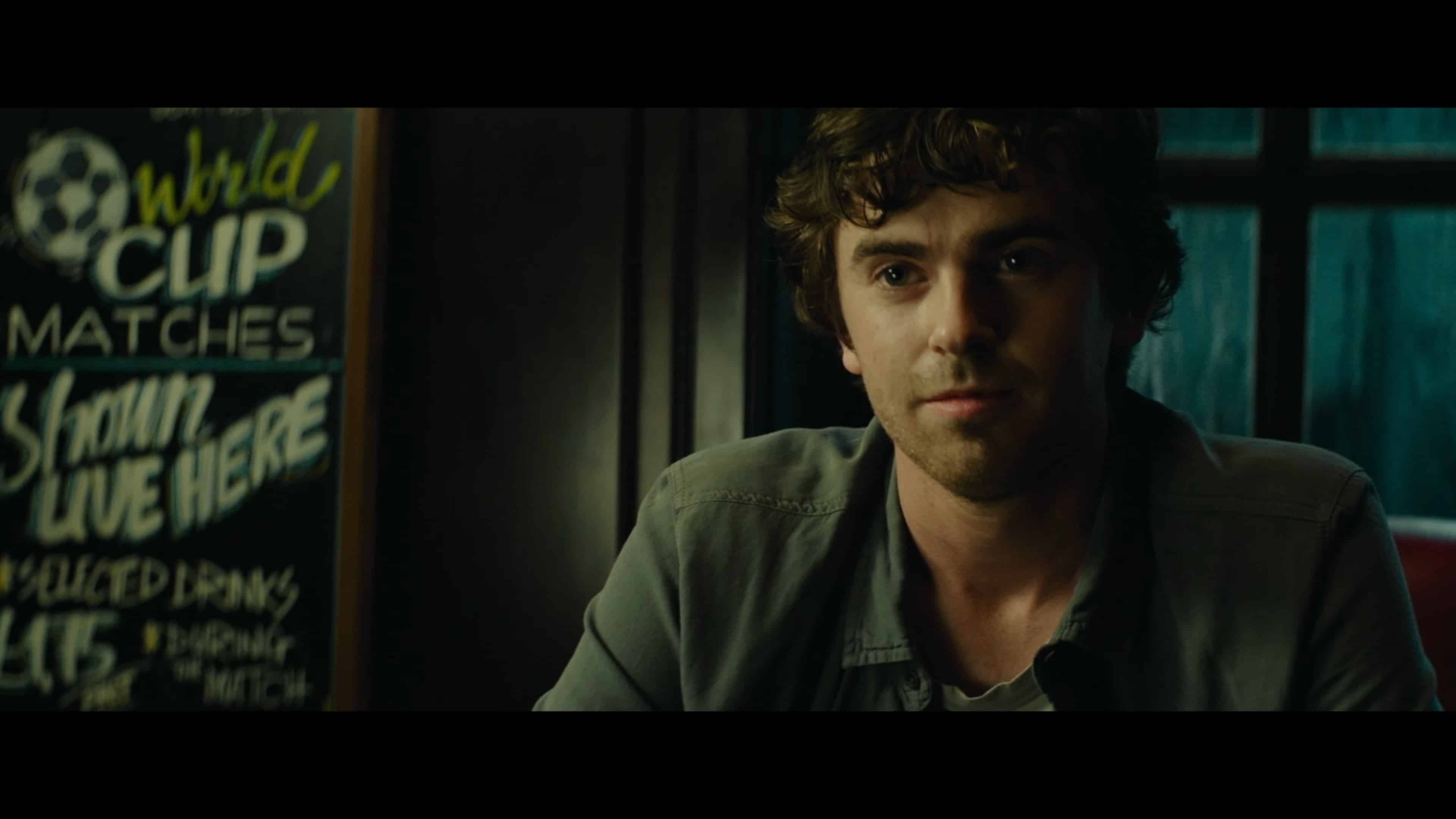 22-year-old Thomas, son of a man who has worked in big oil all his life, isn’t so sure about following in his father’s footsteps. He’d rather use his knowledge to help African countries produce more water and things like that. So while Walter and Lorraine don’t present to him an altruistic opportunity, it appears he takes it for the sake of a challenge, as well as to be around the girl who is far too intriguing to not have in your life. A man of means, you could say Walter is less of a thief by trade and rather an adventurer. Hence him crafting a team, which has worked together for years, to secure such items as Sir Francis Drake’s buried treasure. Now, don’t get it twisted, Walter doesn’t use up all his money for these adventures. As shown, he will work with people like Margaret, who works for MI6 and the English government. However, for the most part, Walter focuses on his small team to get the job done. A former MI6 agent, who ended his work with them for reasons unknown, James has done 14 salvage jobs with Walter, and this one seems to be testing their relationship. Making it so, from Thomas joining to the plans laid out, James is constantly pessimistic in ways that don’t so much cross Ts and dot Is as much as attempts to bring down moral. 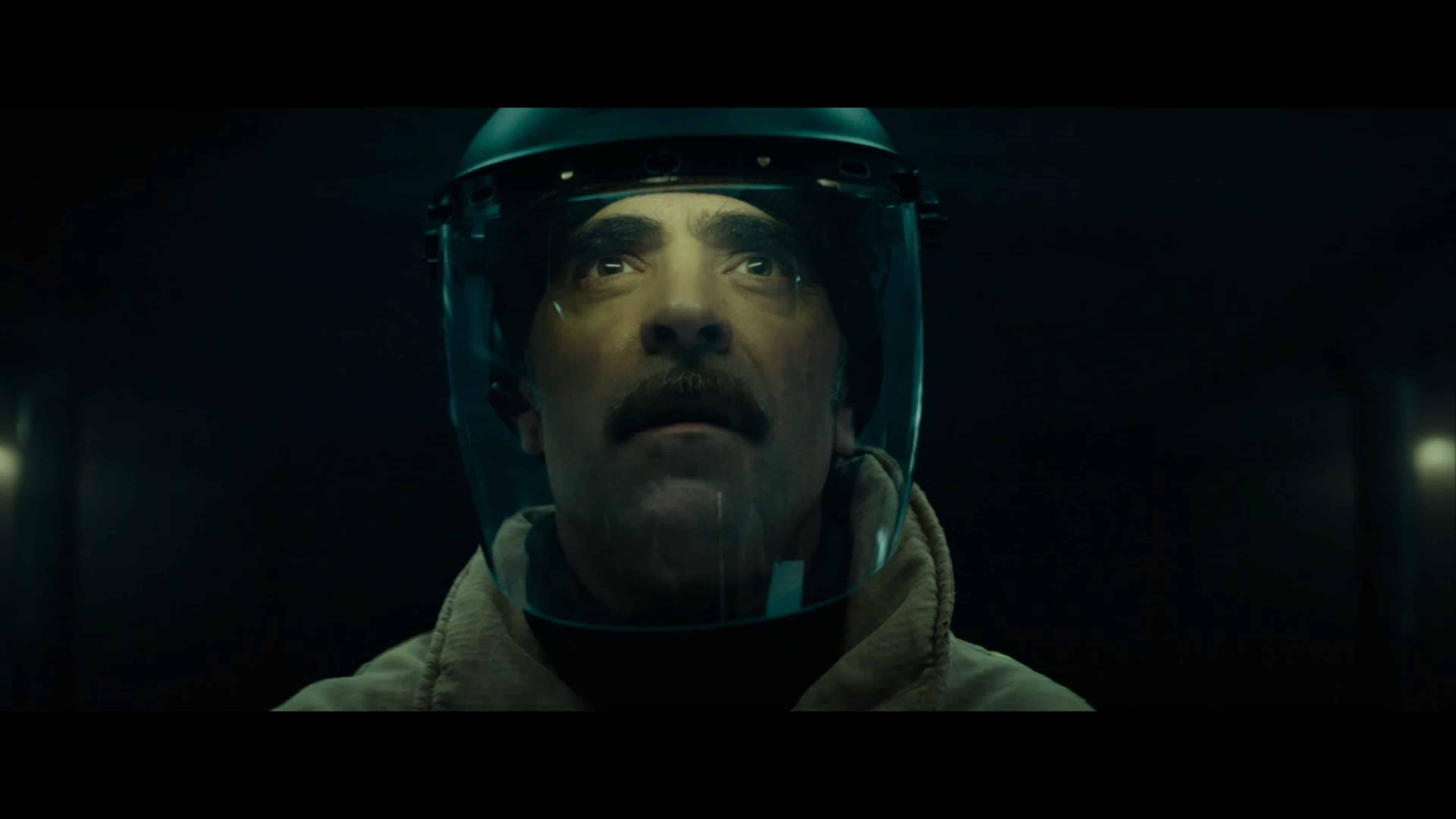 Simon is a man who can pretty much get you anything within a reasonable amount of time with his network and the gift of gab. Which makes him quite an asset to Walter as time is of the essence, and while Walter has traveled a notable part of the world, it doesn’t necessarily mean he has vast contact with locals. 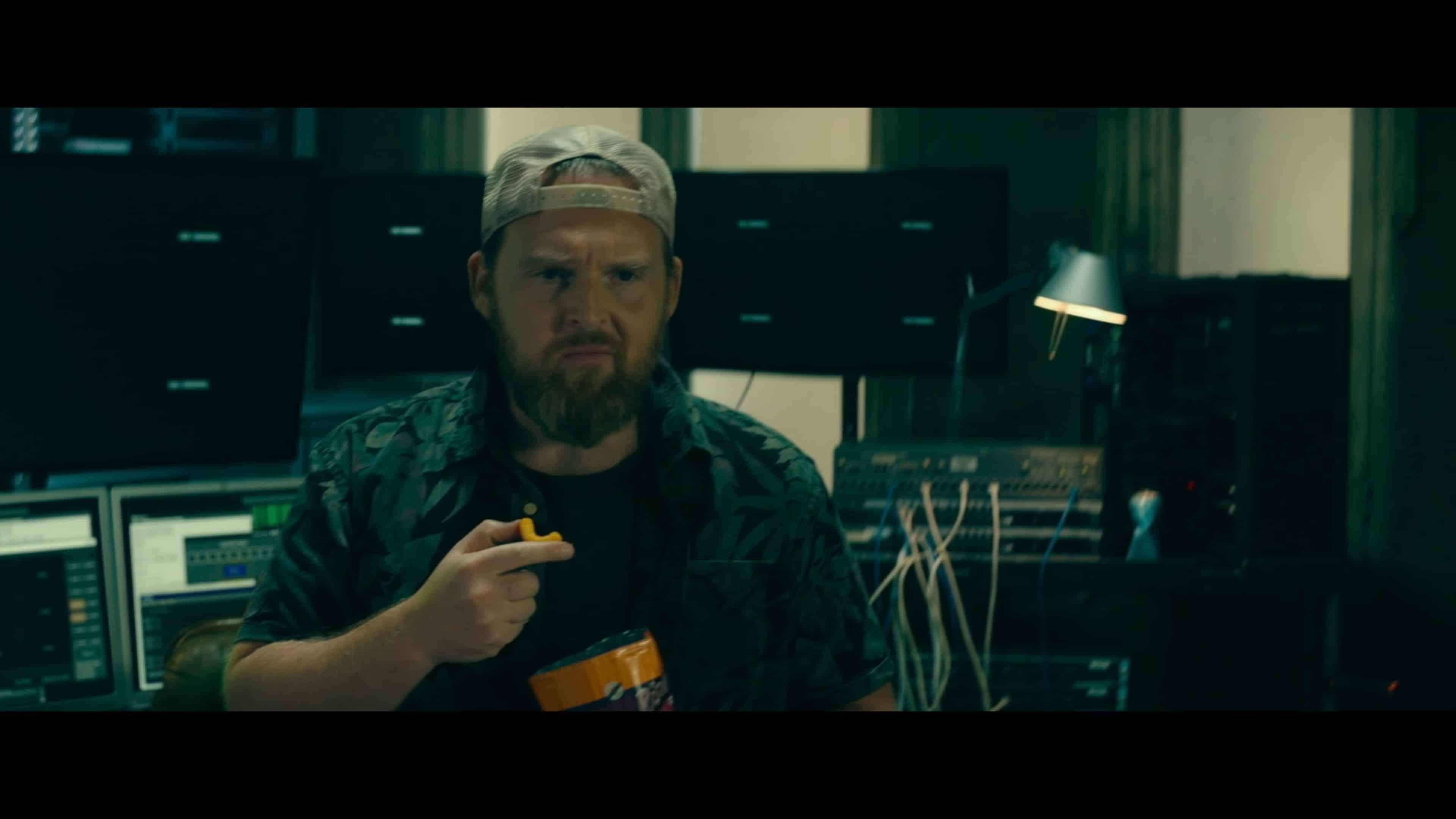 Klaus (Axel Stein) having a snack

Klaus is Walter’s tech guy who speaks German and usually is right by Walter’s side as he gives his team directions. 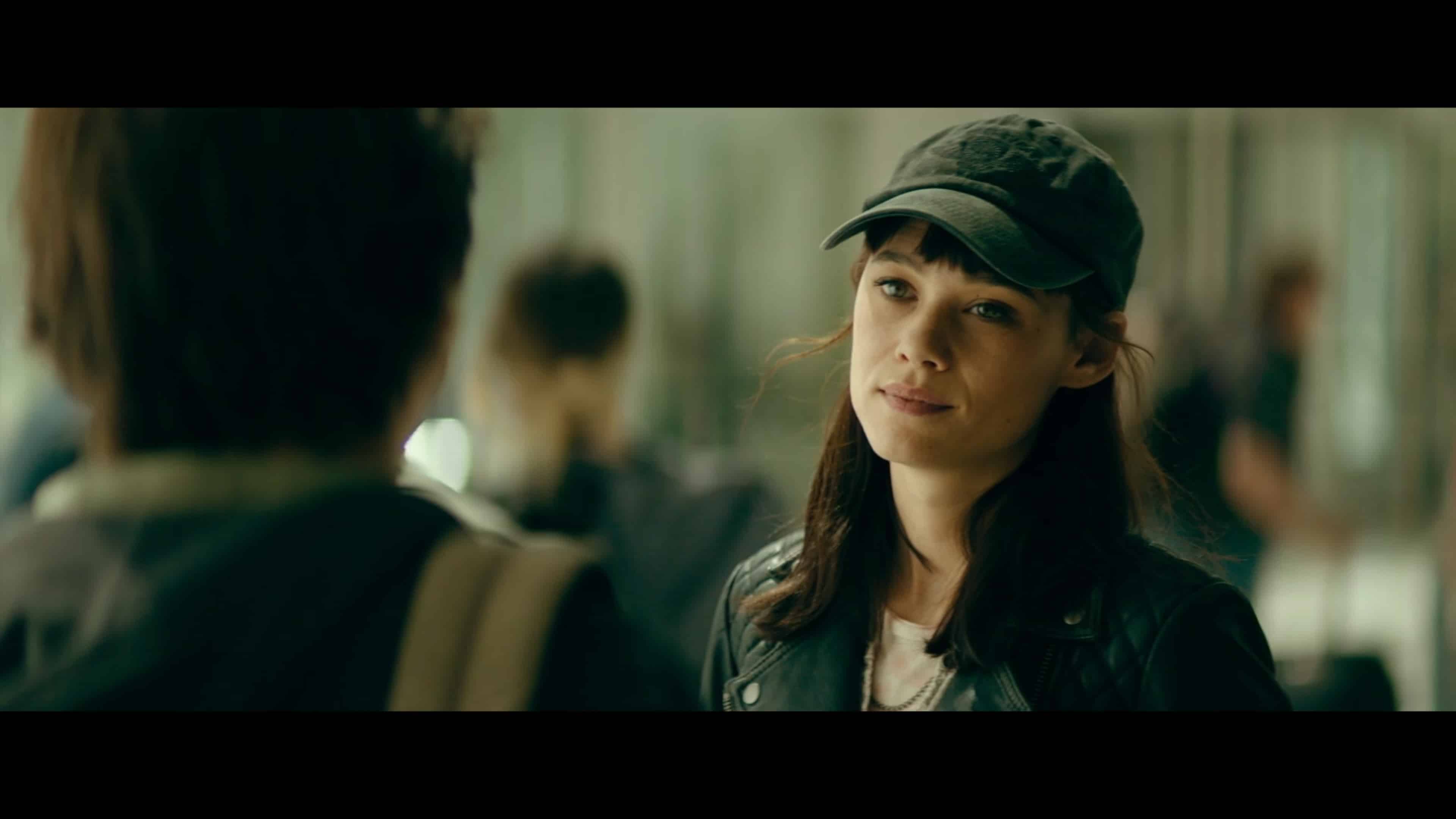 The daughter of one of Walter’s partners, Lorraine, was orphaned by 12, homeless for a few years, and then Walter found her and took her in. Thus, she has a strong loyalty to the man who has become her surrogate father. Now, as for what she does for him? Well, Lorraine, with a keen eye, and knowledge of art, often infiltrates museums, banks, and more, as an art expert under various names. And in Walter’s current project, she helped lure Thomas to the team. 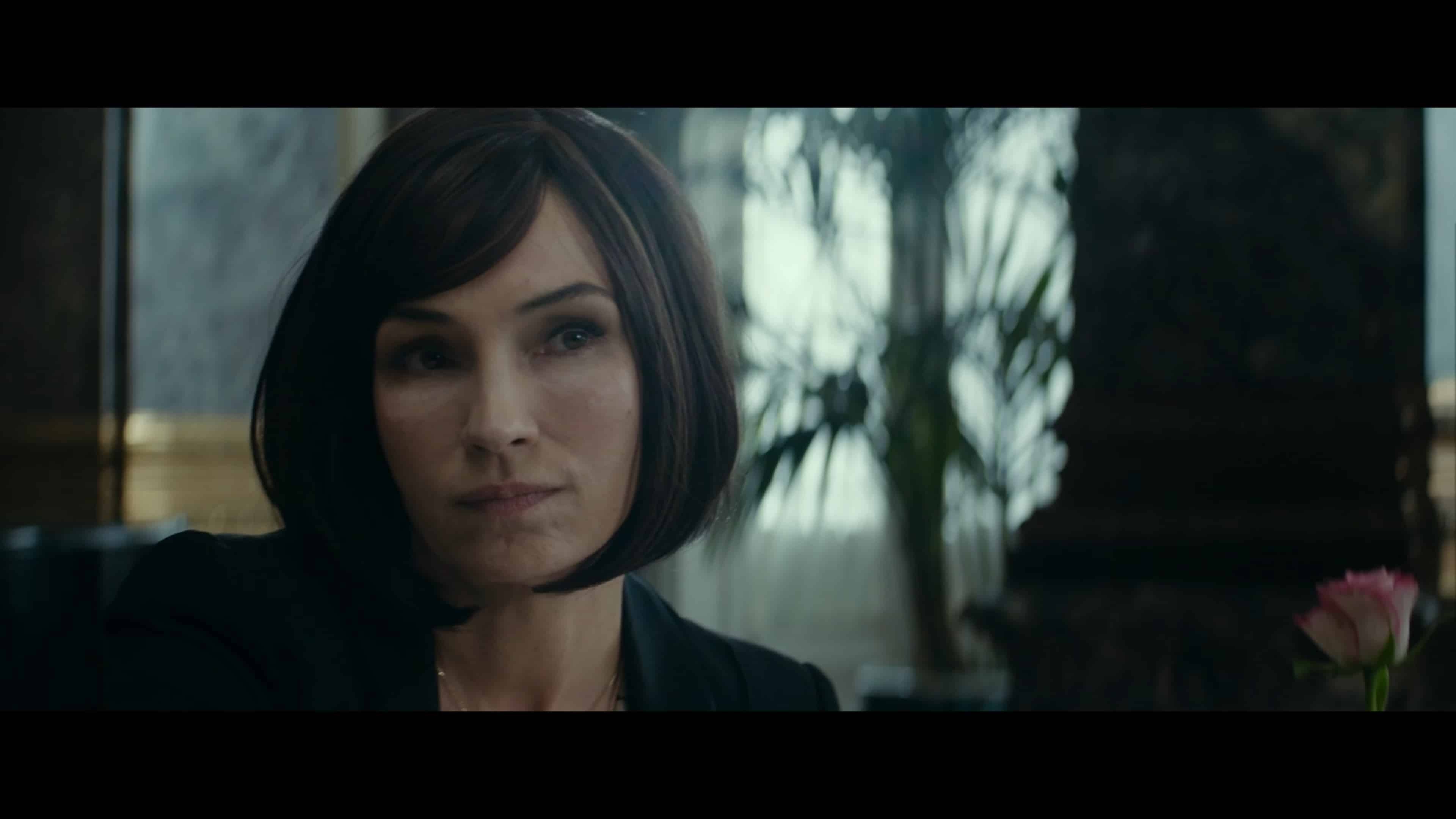 Margaret (Famke Janssen) talking with Walter, who is trying to commission a new deal with her

An MI6 agent, and Walter’s business partner, who was supposed to split half of the money gathered from Sir Francis Drake’s treasure. However, when Walter hit a legal hiccup, Margaret had to withdraw since her assistance was unofficial. Though, throughout the film, she does pop in and gets involved with Walter’s attempt to get the coins, with the coordinates to Sir Francis Drake’s treasure, back. 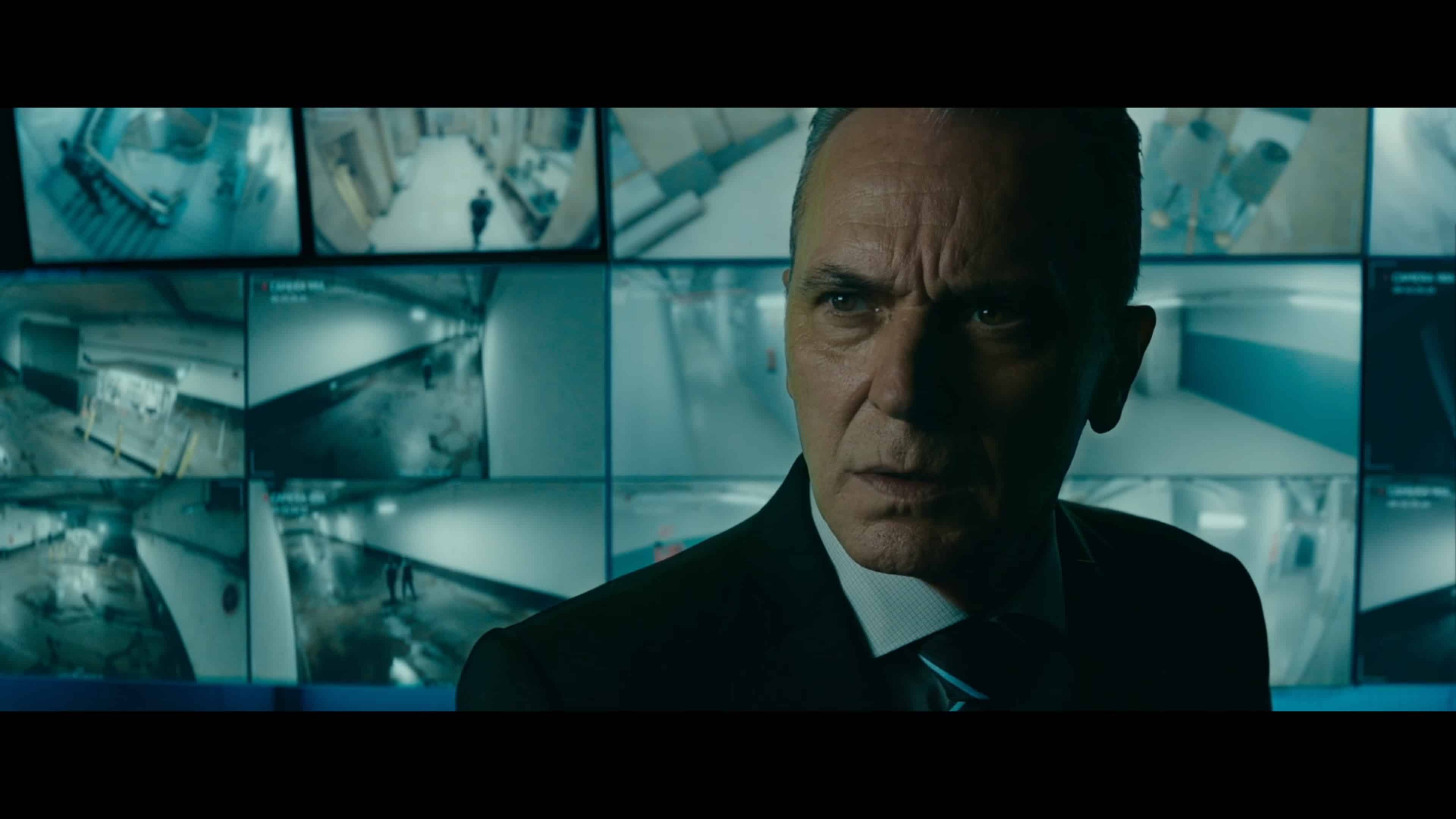 Gustavo (Jose Coronado) realizing he is surrounded by idiots

The former head of Spain’s anti-terrorism group, Gustavo Medina, is now responsible for the security at the Bank of Spain and takes his job far more seriously than his peers. Thus, Gustavo finds himself often frustrated as his paranoia about terrorists has transferred over to the potential of bank robbers. 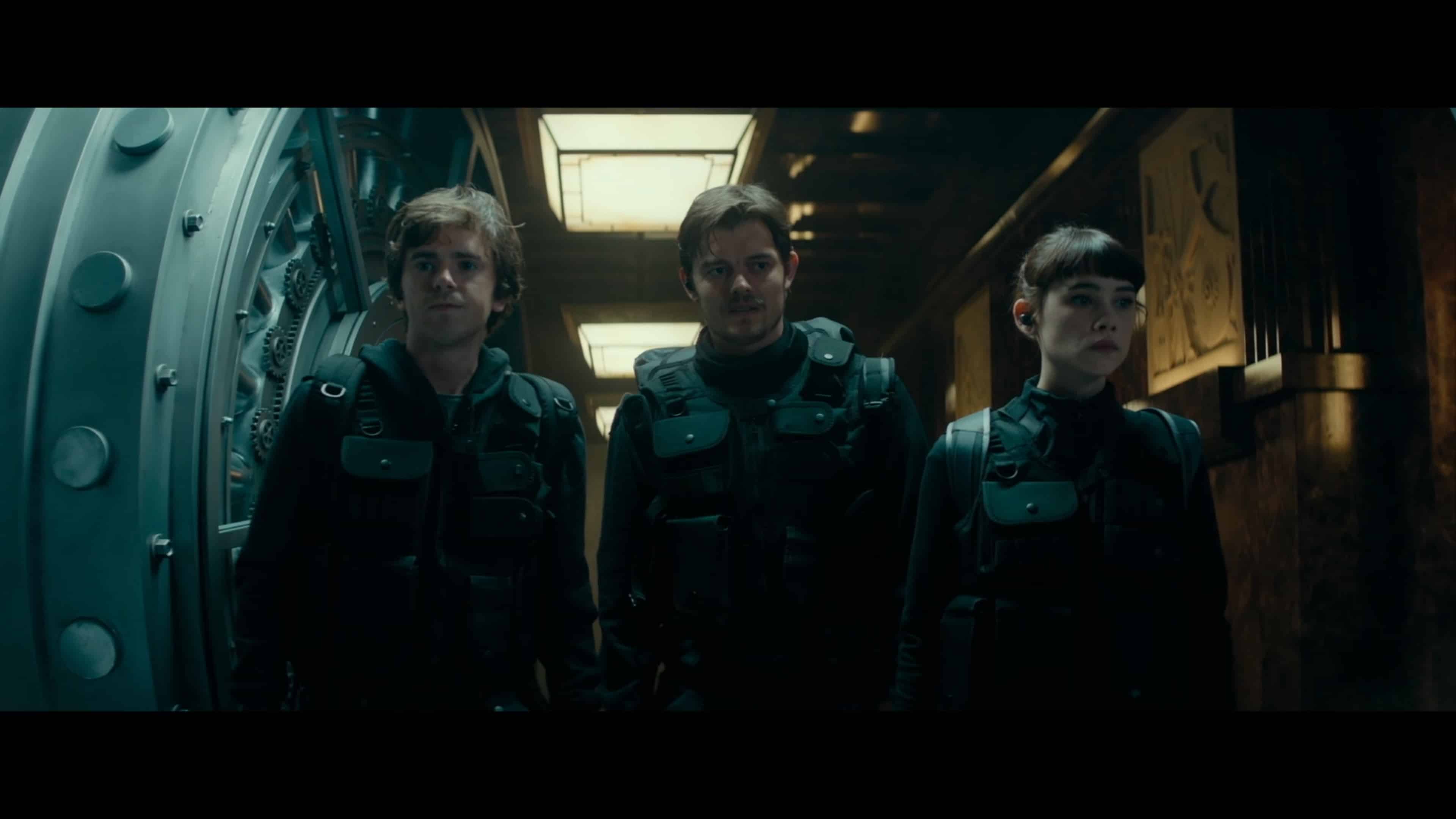 After Thomas figures out the vault works on a scale system, which is how the vault ends up flooded, he figures a way to solve how to deal with the scale. Thomas determines that with the weighing mechanism using copper, if Simon got enough nitrogen, it could freeze the system long enough to find the coins and get out without detection. However, a few things complicate this. The first being that Gustavo begins catching on to what Walter’s team is doing, after the custodial team reveals it wasn’t them who were working the previous day. This is followed by a pigeon coming into the bank, while it is on lockdown, revealing Walter’s team came in through the roof. Add in James betraying Walter and leaving Thomas and Lorraine for dead, it seems those two are screwed.

However, thanks to Thomas’ quick thinking, he instructors Simon to add weight to the scaling mechanism to trick it into thinking the vault is full. Thus, Lorraine and Thomas exit through the tunnels the water release from and try to make their way out from once they came. But with guards all around and James not having second thoughts, they rush to the chairman’s office, since Lorraine saw he leaves the window open to smoke, and escape through the FIFA crowd.

Now, as for what happens next? Well, Margaret, who James betrayed Walter for, was supposed to get the coins stolen from the vault. However, thanks to a sleight of hand, Lorraine took them, and James ended up with coins that pointed to the British embassy in Madrid. Leaving Walter with the true coordinates that point to the Bank of London meaning, a new heist must be done.

Does The Vault Have Prequel/ Sequel Potential?

Yes, for the job isn’t done. Walter still doesn’t have Francis Drake’s treasure, and now with James, Margaret, and MI6 against Walter, and Walter heading to their home turf, the bar has been raised. But, as before, Lorraine is sent in to scout and begin the job the way Walter did in Madrid.