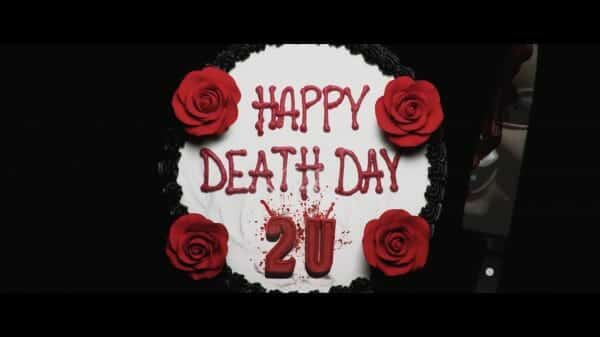 With Happy Death Day 2U officially out, it seems like a good time to talk about the ending and the possible future of the franchise.

Was The Twist Or Conclusion Good?

Not really. Rather than have Lori be the villain, Dr. Butler is, and his wife joins in. Which, considering how he was barely in the movie, kind of sucked. My bet was Dre being the killer since she noted the killer being in a baby mask which I don’t think was mentioned to her before. Plus, with so much focus on Ryan’s team, and there being issues with the vectors, formulas, and SASSY in general, her wanting to kill Ryan would have made sense.

However, then things change, and it becomes clear the target shifted from Ryan to Lori, with Tree just being in the way over and over.

Unfortunately yes. It seems the government learned about SASSY or have a SASSY of their own, and they needed a test subject for intentionally creating a loop. Danielle is volunteered for this project, and so now she is in a loop. However, whether or not her loop features someone killing her, and why, isn’t really answered.

Well, at least not straightforward. Considering Danielle is a terrible person no matter which dimension Tree is in, she does seem like a good choice. However, Dr. Butler would seem like an even better choice since, at this point, Danielle is just young and selfish. Dr. Butler, on the other hand, is much older and surely is set in his ways.

How Does It Play Into The Overall Rating?

The above didn’t play a strong role in the rating honestly. Yes, there was a need to question why when Ryan crossed timelines he found himself face to face with his alternate but Tree didn’t. Also, as noted in the full review, this movie was unnecessary. However, between the film being comedic, and the scenes Tree has with her mom, that is a large reason why the film was labeled positive rather than mixed. For while funny, the film isn’t so funny that it is worth a pedestal. But, I must admit finding a horror movie which can be funny, have the gore you expect, and has scenes that can get you teary-eyed, that is rare. Hence the film getting a positive label.