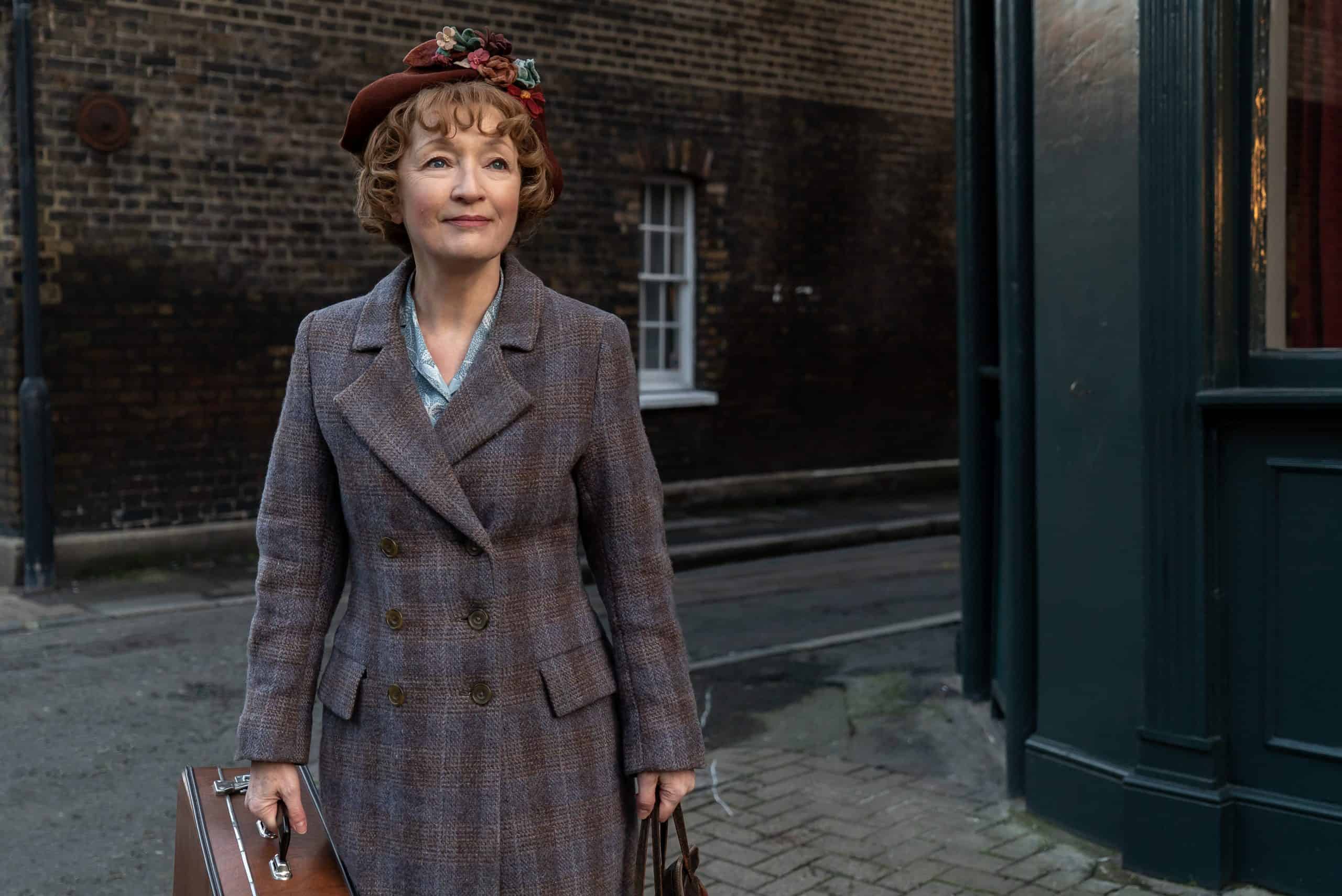 A summary of how Mrs. Harris Goes to Paris (2022), including information about characters, how the movie ended, and whether a prequel or sequel is possible.

For the last couple of years, Mrs. Harris’ life has revolved around cleaning people’s homes, hoping her husband may finally return from World War II, despite ending more than a decade ago, and just hanging with her friend Vi and Archie. But, with learning her husband died in Warsaw, and all she has left of him being a ring, it puts things in perspective.

So, inspired by seeing a Christian Dior dress in one of the homes she cleans, Mrs. Harris decides to save up her money. From her jobs, the military widow’s payments, and a lucky gamble, to go to Paris for her own dress. The whole process is a bit more complicated than she assumed it would be since dresses are custom and not just taken off a rack, and the manager of the Christian Dior store, Mrs. Colbert, is rude to Mrs. Harris.

Why? Well, because she is common, average, has no status and with Mrs. Colbert’s dreary home life, taking care of an injured husband, being a manager at Christian Dior gives her some sense of a higher purpose. But, despite her protests, a man named Andre, and most of the team at Christian Dior, decide to take to Mrs. Harris. For one, she is paying in cash, compared to everyone else who doesn’t pay until the dress is delivered. Also, whether it is Andre, a model named Natasha, or a man named Marquis, all of them adore that Mrs. Harris doesn’t seem jaded.

In fact, Andre and Natasha bond with Mrs. Harris to the point of Andre having her stay with him during the week to get her dress fitted, and Natasha? She gets close enough to Mrs. Harris for her to understand, despite Andre’s apprehensions, that the two, Andre and Natasha, could be a cute couple. But, Mrs. Harris doesn’t just play matchmaker, she meddles in Christian Dior’s affairs and truly lives a life in complete opposite of what she does in England.

A good portion of Mrs. Harris’ life has been spent being invisible. She would clean for others, do seamstress work, and while she had cordial relationships with her employers, they weren’t really friends. Heck, getting some to pay on a regular basis could be hard. But, they never took Mrs. Harris’ joy, or she rarely, if ever, allowed any of them to impose the kind of emotional labor which would leave her to have nothing left for her friends. Years of working have allowed her to maintain balance and keep her from losing who she is.

Archie works at the local races and has a steady job, which allows him to be a notorious flirt who is worth taking seriously, to a point.

Violet is Mrs. Harris’ best friend who also works cleaning people’s houses and seems to be the main one pushing Mrs. Harris to live a bit.

A manager at the exclusive Christian Dior boutique, Mrs. Colbert doesn’t necessarily rule with an iron fist, but she is formidable, stuck in her ways, and enjoys working for someone at a place that is considered rather exclusive.

A rich widower who takes to Mrs. Harris seems due to her being an English woman who isn’t poised and all the way proper, but still very much a lady.

The accountant for Christian Dior, who, in his spare time, reads French philosophers.

One of Dior’s premier models, but the longer she has been with the company, the more Natasha has become dissatisfied with being a living doll for exquisite clothes or for men to admire or have on their arms.

The owner of Christian Dior, who has been stuck in one economic model which has created an air of exclusivity, but with allowing payments to come after delivery of dresses vs. when the order is made, this credit system has created a financial crisis.

Unfortunately, after paying hundreds of dollars, and ending things in Paris, beloved by everyone who works at Christian Dior, since her pushing Andre to talk to Christian Dior himself saved the company, Mrs. Harris never gets to wear the dress she procured. At least, she doesn’t get to at the event she brought it for.

You see, the actress she cleans after has a breakdown for she has nothing to wear to a notable event, and Mrs. Harris lets her borrow her Christian Dior dress. This is met with tears of joy, but unfortunately, the careless idiot gets the dress set on fire and doesn’t offer to pay for damages or anything. She just pays Mrs. Harris her usual fee, and because of how traumatized she feels, she goes off to be with her mother.

Thankfully, after it was on fire, a picture of the dress made the news and spread all the way to Paris. There, a new dress, the dress Mrs. Harris originally wanted, but was blocked from having by a rude woman, who lost all her money and now is broke, is sent. Thus allowing Mrs. Harris to waltz into a local party in that dress, stun all who see it, and have a nice dance with Archie.

“Mrs. Harris Goes to Paris” is a book series that includes her going to New York, Moscow, and even becoming an MP, so there is always the chance for a sequel.