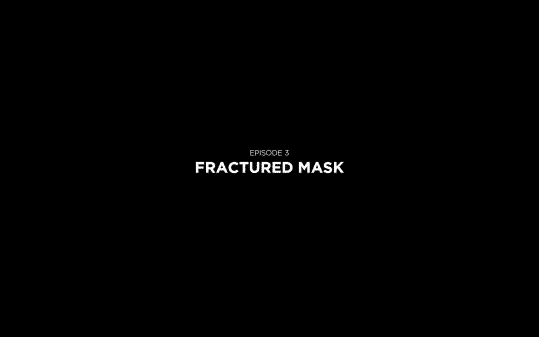 Despite the nearly 2-hour time length, “Fractured Mask” went by like a breeze – in a good way.

We take a break from balancing being Bruce Wayne and Batman and focus more now on building trust with those who only know one, or both, of those identities. As before, you are asked to give into the desires of Amanda Waller, as she tries to maintain her reputation, as Jim Gordon tries to save his. Especially as it seems he is in a dire need of a win after Bane pretty much dominated his people. So, the idea is he needs to either take down Bruce Wayne or Catwoman. Bruce because Gordon is still piecing together Lucius Fox’s death, despite Waller trying to shut that down, and Catwoman simply because she is an easy target.

A lot of times in the episode, there is the question of who you are willing to save and 7/10 it will involve your relationship with Selina Kyle. Will you save her or sacrifice yourself? All the while trying to maintain your cover so that Project Lotus, under SANCTUS, a former group underneath The Agency’s umbrella, doesn’t unleash a biological weapon. Much less, “The Pact” doesn’t get its hand on it.

But, of course, not everything is about pending world destruction or death. Between John and Selina, you get to romance Selina and further your relationship with John. Especially in how he should try to woo Harley. Making for an overall episode that has a few things that likely will end up pressing later on, like whether you reveal yourself to be Batman to Tiffany, but on its own, doesn’t contain anything to whoot or holler about. 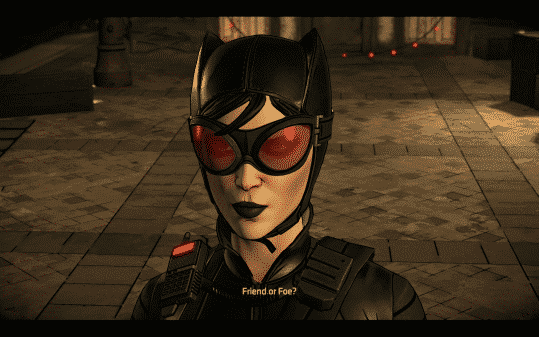 With you getting such an abundance of time when it comes to quick action events, and them often being fail or pass, nothing in between, the fights have long been a dull experience for TellTale. However, there is still this wealth of decision making in dialog which pushes you to feel you are crafting your own story. One in which, for my playthrough, I’m pretty much trying to appease everyone and not screw a single person over. That’s not an option. There is no perfect way to play and also there is no perfect way to manipulate every last character to the point you can play them all for what you want.

Making it so you really do have to pick and choose who will be your ally for when the finale hits. Will you choose John, even though you know eventually he is going to turn into the Joker and become your greatest adversary? What about Catwoman? Yes, she loves you, but she also has major trust issues. Plus, there comes the question of whether she may ever turn down a lucrative job for you? Never mind really put her neck out there when dealing with folks like The Pact.

Then, what about Harley and the law enforcement? Harley pretty much does right by you and even if you don’t flirt back, she opens up to you in a similar way as Catwoman did. Even to the point of talking about her dad and maybe saying you remind her of him. Oh, and then there is Waller and Gordon. Waller, ever the abrasive one, still has faith in you but she continually tests your loyalty to her. Then with Gordon, being that I have leaned more toward Waller, he has little love for Batman or Bruce Wayne at this point. Hell, he even has me arrested!

Leaving Tiffany. With her, like Selina in a way, you have the opportunity to fully expose yourself or still hold certain secrets close. Bringing back the sort of teeter-totter of trying to balance the Batman vs. Bruce Wayne. Or, if you are like me, since you know of Tiffany’s tech talents, and need someone to replace Lucius, you can let her in. Give her the privy information so few know so that they can see how Batman and Bruce are strangely the same. It is just Batman allows a certain amount of liberation.

i don’t understand wasn’t john supposed to give the laptop to bruce and not batman ?﻿
RÉPONDRE

I am waiting for the episode 4 to come out thanks for your reply.
I rejected selina involuntarily but i think i can change this in episode 4 and 5 at least i hope so …

I can’t deny catwoman. Especially since Harley and John are just too adorable and psycho

I am gonna make up for it in episode 4 and 5. i was tired during the scene on the wayne manor and i rejected her even though she brought the decrypter and the goggles

It makes me wish they had chapters within the episode we could jump back to or even switches to flip certain things. I remember some gane had them, years ago, probably Mass Effect’s original trilogy.