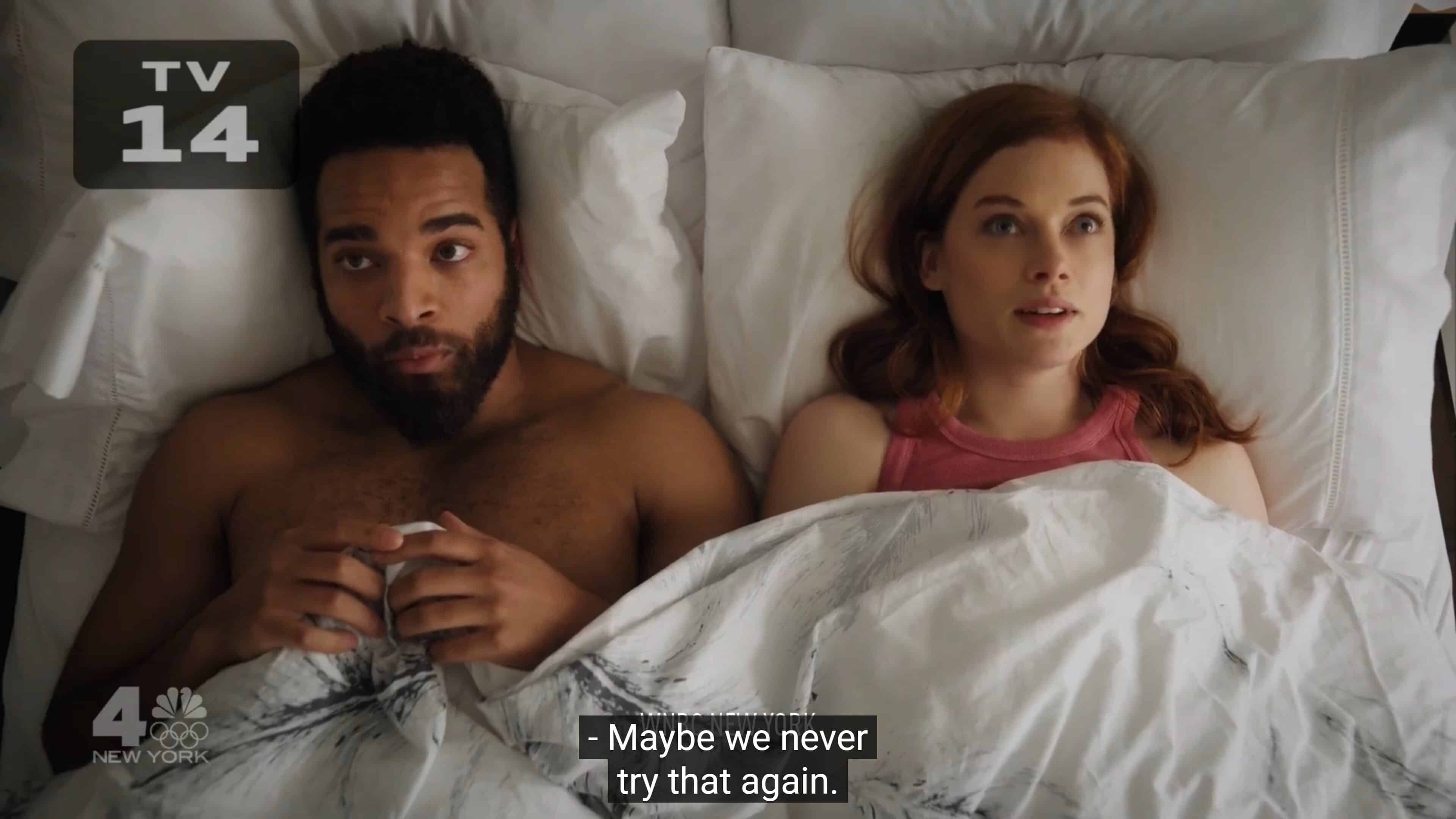 Zoey finds herself forced to not be so reliant on her powers to pick up what people are going through as multiple people’s heart songs get switched!

Being that Zoey is a bit sheltered, in her own way, the heart songs have been more than a guide and means of her having a bigger purpose in life. It has also allowed her to understand people far more easily than she often comprehends.

However, as shown, with knowing people’s heart songs has come a bit of a savior complex. One that hasn’t so much led to her getting to know people as much as getting to know their problems and trying to fix them.

So when Mo’s birthday gift, time spent with a medium named Nova, leads to her powers going awry, Zoey finds herself having to actually pay attention, beyond what songs are being sung, to understand people’s emotions.

Perhaps the biggest example was Emily. For while Zoey picked up on Maggie feeling alone, since she flat out said it, being that Emily is a little reserved, and Zoey doesn’t see her much, she struggled to pick up Emily needed someone. Now, why is this? It’s hard to say. She has gone back to work, but that seemingly didn’t bring her joy. So whether it is post-partum depression, new marital troubles, or something else, we’ll find out – hopefully.

While Zoey can get by when it terms to people feeling lonely, love is perplexing. So combine Zoey being with Simon, but still having lingering feelings for Max, and Mo being her go-to confidant, everyone having relationship issues is a challenge. Well, everyone appearing to is a challenge.

The truth is, Mo is still adjusting to Perry having kids, and while Perry’s kids, of which one is named August, seem awesome, they are still children. And with August needing this stuffed fox for a sense of comfort, when Perry gets called, he runs, and because of that, Mo doesn’t feel like a priority.

As for Rosanna and Max? Well, Max is in full-on love, and Rosanna? She feels the same. However, with hiding she used to have a drinking problem but has been sober for a year, she fears breaking this ideal perception Max has of her. This scares her since things are so perfect that she doesn’t want to reveal something, and it possibly end.

Hence why Zoey, too, is afraid to reveal her secret to Simon, in regards to hearing heart songs. Mind you, he wants to be closer to her, know her secrets, but she just isn’t ready yet. Be it because of residual feelings for Max or, even after all they have shared, Zoey still being in a place with Simon where it is easier to express negative emotions, like grief, than open up to him fully.

You really do have to give it to hair, makeup, and the costume department. Mo is consistently snatched, done up, and really putting everyone else to shame. Hence why Perry seems to be trying to figure a way to prove his feelings are real it’s just, the kids came first.

Throughout the series, it has been clear Emily isn’t like the other characters. Optimism and a joyful demeanor are a rare thing for her. Laughter? Ha! She lives on a much darker side of town, and it isn’t to imply she is a Debbie Downer, but, and maybe this is just my take, I don’t think she has the same privilege David and Zoey have, which makes her seem so moody and out of place. And in general, on the show, it seems that Emily is the only one without a person who truly gets her.

Mind you, this isn’t to say she has never smiled or laughed or had good moments. It’s just, while everyone else has that for arcs or multiple episodes, it seems Emily has moments. And while married to David, often it seems like they were just okay before having a child, and then the dynamic was made worse once they had Miles.

Add in Maggie and Zoey seemingly caring more about Miles and Emily, mostly because she is Miles’ mother, and you can kind of see why she was reaching out to Zoey. For Zoey seems to be able and willing to go to that dark place and be it misery loving company or just wanting to connect with someone who also feels like an outsider at times, Emily sees something there.

So, is it too much to hope for that Mo interacts with Perry’s kids and has a duet? I’m asking for myself.

Continuing To Hope Rose Is Made A Series Regular

Note: We’re not getting too much from Rose, beyond how Max sees her, but with it being acknowledged, she is more than this grown-up fantasy of the girl Max knew at camp, there is hope. Though the problem is that unless she bonds with Zoey or makes this relationship into something more serious, it still seems unclear whether it is worth investing in Rose when she may not be Max’s end game.

Though, who knows, they may treat her as Max’s end game only to have Zoey get him back before the nuptials.

Zoey Being Pushed To Not Rely On Her Powers So Much

One of Zoey’s key traits is that she is socially awkward. She exists within the long line of quirky girls, with interesting fashion choices, who aren’t the best in handling other people’s emotions yet need them to get and help with hers. Hence the whole “Heart Song” gimmick forcing her to help others. It’s the universe’s way to push Zoey to gain emotional intelligence and be there for others as she wants them there for her.

Which isn’t to call Zoey selfish or continue to push the privileged narrative (though it is there). More so, I think the benefit of Nova pushing Zoey to not be reliant on the music is due to her being lucky so far. Her guessing why someone is in their feelings is but one part of what that person is going through and what they so happen to be willing to share. However, there could come a day someone enforces boundaries with Zoey or, as she wanted at one time, the powers go. So, consider this episode a possible warning shot.

Sometimes Wondering If David Is Holding Back Emily

In a way, how Rosanna is being handled feels similar to how Emily has been. This idea that, yes, the wife/girlfriend has their own life, but we’re going to mostly focus on the dude. They’re closer to being the core cast, and when it comes to Emily, she can be divorced and rarely seen, and Rose? Well, she noted she is just here for one project anyway.

And while with Max, we have a multitude of reasons to feel something when it comes to him, as for David? Almost two seasons in, and he hasn’t really secured a place. He still is just Zoey’s older brother, and even with him quitting his job and all that, there remains this vibe that planning for him and Emily is sparse beyond presenting opportunities to remind us the two still exist.

Continuing To Hope Rose Is Made A Series Regular - 87%

Sometimes Wondering If David Is Holding Back Emily - 73%

As Zoey realizes how reliant on her powers she has become to know the people around her, so comes the question if she'll learn to communicate more or remain reliant on people singing to know how they feel?