As the girls try to invoke spirits in the past, Taissa continues to avoid the ones who haunt her family, and Natalie finds herself questioning if Travis was hunted.

Do You Really Think You Have The Upper Hand Here? – Shauna, Adam, Callie, Misty, Natalie, Kevyn

It’s Halloween, and Adam invites Shauna out to a club, and since she is trying to relive her youth, she agrees. Neither dress up in costumes and truly embrace the holiday, but they do go and guess who they see? Callie – Shauna’s daughter. She snuck out, is high on Molly, and meets Adam, who she instantly pings as her mom’s boyfriend. Which she thought could be the kind of material that could lead to her losing her curfew and other restrictions, but then Shauna reminds her of what life would be like after the divorce. Be it her paltry college fund drying up or Callie living with her dad and dealing with him dating girls her age.

Thus, Callie drops any thought that mutually assured destruction is in play since she doesn’t really have anything.

This cannot be said for Natalie, who gets some information out of Kevyn about Travis, but she doesn’t push him to get the documents themselves. Instead, she contacts Misty, who gets her hacker friend, and they get pictures and all the information they could want. This leads to the following being confirmed: Travis was clean when he died and, there were candles at the site, and they were arranged in the form of that symbol we keep seeing. This is despite Travis not being into the occult stuff in the past.

Heading to the past, with people getting adjusted to living in the wilderness, everyone has picked up a role but Jackie. This is causing issues for her, but while everyone else is adapting and getting acclimated, she is determined to stay prissy. She doesn’t want to help deal with the meat, whether it is bleeding them out or prepping it for consumption. She doesn’t help make pads or clean them after use. Jackie isn’t chopping wood, getting water, just nothing which would imply she wants to be of value.

Now, Shauna, seeing things going downhill, tries to help, but Jackie only has the gift of gab, so she tries to push that as some means to ease how much of a burden Jackie is coming off as. But, all this leads to is Jackie saying the girls should do a séance, which isn’t taken well by everyone. Of course, Taissa is against it, since she utterly refuses to acknowledge any and all spirits around her, but Laura Lee is too – on religious grounds.

Still, Jackie convinces enough to prove she still has some influence over the girls, but this does cause Charlotte to seemingly become possessed. I’m talking about her speaking French, saying blood needs to be spilled, and the only thing stopping her being Laura Lee throwing a bible at her. Thus freaking EVERYONE out. 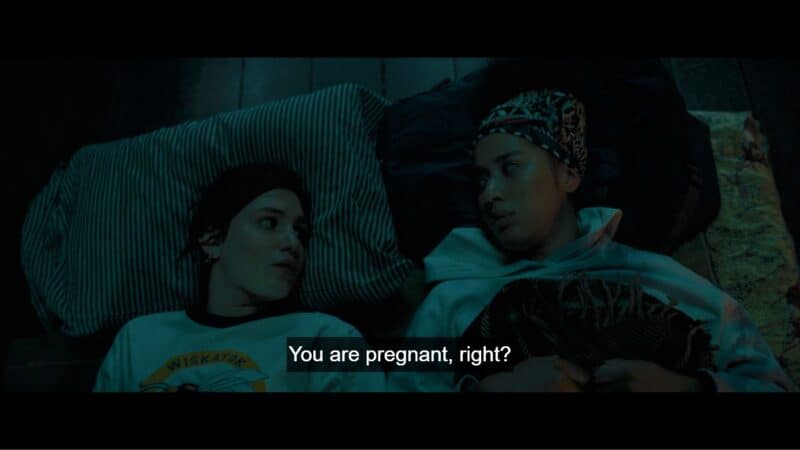 But, with having no desire to give anything occult-related an ounce of weight, Taissa sleeps in the attic, where the séance happens, alone. This is despite her and Van starting to sneak around. Shauna, however, with feeling guilty for being part of what caused the fear amongst the girls, joins Taissa, which leads to her being confronted about being pregnant and using deer blood to hide the fact.

While Taissa has refused to acknowledge the spirits around her for all of her life, it seems they will force her to recognize their presence. This time around, they use Sammy to write “Spill” across the front door. Now, originally, Taissa saw this as a sign that, alongside her poll numbers tanking, it might be time to quit. Mind you, it’s Halloween, and election day is probably the next Tuesday, so that would be a strange decision. But, the point is, she was going to quit until she realized she could use this moment to boost her campaign – so that’s what she does.

As that happens, Natalie calls her, and since those two are cool, Taissa comes over, and no sooner than Natalie reveals the symbol surrounding Travis’ death, there is a text about getting $50,000 and meeting a mysterious person somewhere. Shauna is informed, and as this happens, Misty watches, pushing the idea she is the mastermind behind all of this. However, she might not have expected her name to be denounced as Shauna reveals Misty told her about Travis already.

Shauna Making It Clear Callie Doesn’t Have S*** On Her

Shauna is truly at her best when she sets aside the sad housewife parts and reminds you that she is the woman who took her best friend’s man. When she is unapologetic and a bit of an ass? That’s when she is the most interesting and her clapping back at Callie thinking she was going to blackmail her? OH, THAT WAS RICH! Especially since Callie utterly gave up. After Shauna told Jeff that Callie had something to say, she didn’t just say that she loved him or whatever. Callie just gave up since she got outwitted and knew she couldn’t win.

The Potential of Misty Being The Mastermind Behind All Of This I fully believe Misty is capable of this and perhaps has been showing her hand for a long time. She knew where Travis was, has noted how some people don’t want to be found, has everyone’s addresses and phone numbers, so creating a mystery to reconnect doesn’t seem like a stretch. Plus, homegirl is crazy. She turned off an elderly person’s life-saving machine to scare kids! So do you think killing Travis, sending out mail, or a well-coordinated text message wouldn’t be something she’d do?

Heck, lest we forget, she took a piece of Natalie’s car and put it in her glove box! The woman isn’t that great at being sneaky. Hence why no one likes her, for they know, while she may think of herself as a remora, just enjoying the ride and helping whenever possible, most see her as a parasite. 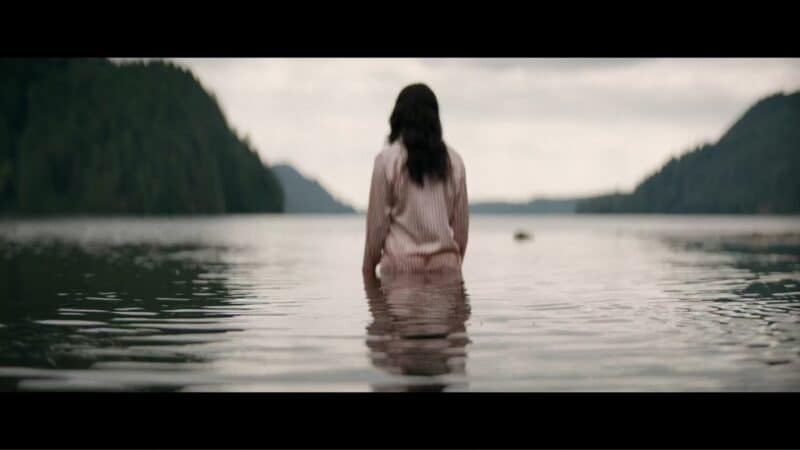 When it comes to the Charlotte situation, because we know she has a mental illness, it’s hard to know the line between her dealing with withdrawal and a deteriorating mental state and what can be seen as the occult and entertainment. And then, with Taissa ignoring all the signs of spirits being around her, Yellowjackets still seems in that space where it wants to use all this supernatural and weird stuff as a trojan horse to get you to pay attention to everything else the show has going on.

The problem is, while each character has their peak, I wouldn’t say they plateau there. Taissa is beginning to slightly decline, as are Natalie and Shauna. It’s just, they are in a better place than they were before, so there isn’t a desire to single out any individual and say they are the problem. But there is no denying there is a problem, and the show is hoping to build up these characters enough for you to eventually forget about it.

Here is the thing: We know Travis, got his backstory, but I wouldn’t say they have developed him to the point of caring about his and Natalie’s relationship or Travis as an individual. So him still being at the core of Natalie’s story, maybe Misty’s now as her fodder to get Natalie in her orbit, doesn’t seem like the best decision the show could have made. Yes, as a ends to a means, I get it, but season 1 is starting to feel like that point in a series where people and topics are dwelled on to keep actors on screen while they figure out what’s next for a character. Yellowjackets: Season 1/ Episode 5 “Blood Hive” – Recap/ Review (with Spoilers)
Trajectory: Plateau
Yellowjackets has fallen from grace, but I wouldn't say it is a bad show. Disappointing, yes. However, as it explores being more than a show about girls who stumble into and are haunted by the occult, it may carve out something decent, a lifeline, to keep viewers watching. I'm not convinced it will keep all those initially interested, but maybe enough for additional seasons.
Highlights
Shauna Making It Clear Callie Doesn't Have S*** On Her
Disputable
The Potential of Misty Being The Mastermind Behind All Of This
The Occult Portion
The Travis Investigation
75
Subscribe to our mailing list