In another Rika-focused episode, we meet her mother, learn more about her home life and the struggles she goes through.

Rika’s mother, a 38-year-old woman, who owns a bar and drinks herself to sleep after she closes shop, isn’t Rika’s favorite person. However, with neither Rika nor her mother knowing who her father is, Rika has no alternative. All she has are pictures of five men who could be her father with little to no means to figure out who is the man she met once, years ago.

Some Are Easier To Bond With Than Others – Rika, Ai, Momoe, Neiru

With it being Rika’s birthday, there is a desire to celebrate, vent, and have a good time. However, Momoe and Neiru aren’t necessarily ready and willing participants for Rika’s pity party or to give her validation. For Momoe, it is because she believes Rika shouldn’t talk bad about her mom as far as she does and Neiru? Well, Rika assumes her life is perfect, so she doesn’t want to hear her talk. However, the truth is, Neiru doesn’t know her parents. Pushing the idea that maybe her sister raised her. 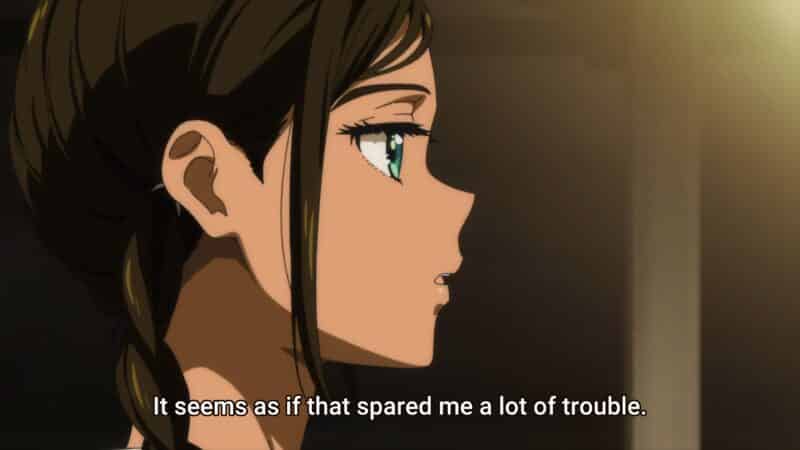 As for Ai? Well, she gets it, to a point. Despite her mother’s support and her first day of school going fine, it doesn’t mean her relationship with her mother is perfect. And as for her father? It’s fine. He sees her once a month, and while Ai has it better, at least someone gets what Rika is going through. So it helps her when she experiences the blues.

Sometimes It’s Hard To Not Wanna Give Into Despair – Rika, Ai, Momoe, Neiru

The smile Rika puts on isn’t easy to keep up. Hence, she cuts herself because sometimes, the friends she has, the life she tries to live, isn’t enough, and things get dark sometimes. But just as it seems she’ll give into the darkness, her turtle, named Mannen, saves her. And with being its mother and not wanting to follow in her mother’s footsteps, she breaks out of her funk that almost led her to being killed.

Which isn’t to say she’ll stop self-harming and will pull a 180 in life. No promises are made to stop hurting herself. However, it seems with knowing what rock bottom is, she might be a bit more careful.

Getting To Experience The Real Rika 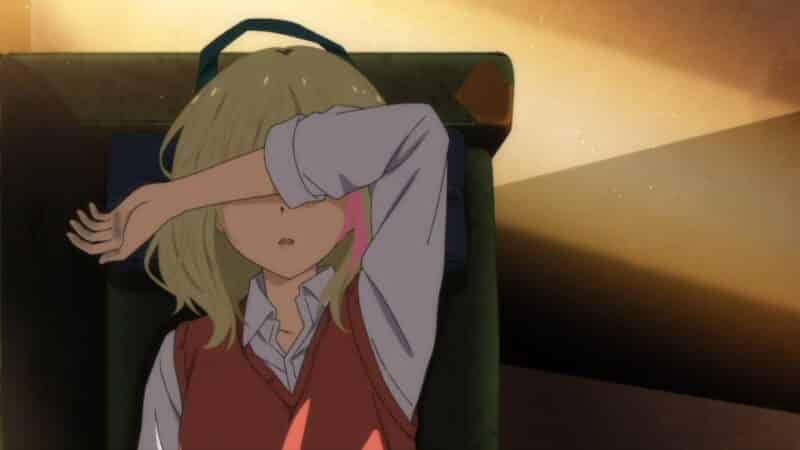 While you could submit that Rika is getting way more development and attention than Neiru, Momoe, maybe even Ai, let’s not pretend she hasn’t been made one of the most interesting characters on the show. Be it her talking to herself in the tub, when we met her, the cuts on her arm, how she talked about her parents, Rika was one of the few who drew you into their personal life.

Mind you, Neiru did too, but it seems clear the show doesn’t want to expand Neiru beyond this mysterious persona she has. Then with Ai and Momoe? The most interesting thing about Momoe is her uncle, and as for Ai? Well, the question of how much of a role she played in her best friend’s suicide.

So here is to the other girls catching up because Rika being on the verge of letting herself die due to despair, that was getting us teary-eyed. For meeting serious Rika, and her not being able to keep the façade on, it took Wonder Egg Priority to places which weren’t necessarily expected.

Getting To Experience The Real Rika - 85%

In an episode focused more on character development than the monster of the week, Rika once again finds the spotlight on her and making sure you feel it is well deserved.