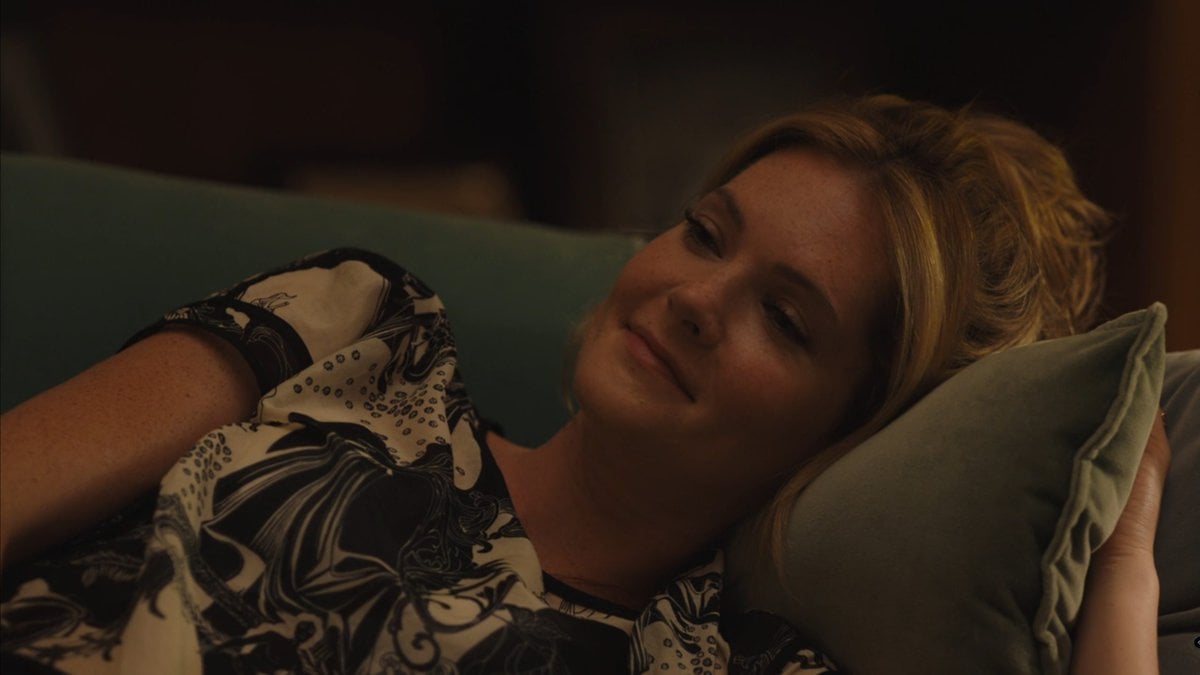 As relationships are tested, so comes the question of whether people may settle for what they can get or dare to seek out a third party.

Tonya seeing Greg leave makes her think things are potentially over, and with getting a psychic that makes it sound like there is deception and a beauty involved that isn’t Tonya, she starts to spiral. As this happens, Portia may have something with Albie, but he doesn’t trigger strong feelings. He’s nice, his family inviting, and also kind of weird, but in a way she can roll with, but she isn’t sure if she wants a nice guy right now.

When she learns of Albie’s existence, Tonya tries to push Portia not to waste her time with jerks, but it isn’t clear if she wants to heed this advice yet. For as much as Albie took her note of needing him to be more aggressive seriously, and he is a good listener and educated, it isn’t what she wants, needs, or is looking for right now.

In a way, that is how Dominic feels about Lucia. Yes, she is fun, easy to interact with, sexy, and all the things which he wants for his sex addiction, or maybe the desire for an easier relationship than the one he has. But, the sacrifice of losing his family, even potentially Albie, for something fun, young, and easy? Even Bert, who recognizes a person’s loins can get them in trouble, has made it clear while you may have your little side pieces, you need to be subtle. And the lack of it is likely what caused the situation he’s in now.

With Dominic deciding he is going to try to do right and not use Lucia or Mia’s services for the rest of the week, that leaves them potentially without work for the rest of the week. That’s not good. So it is a great benefit to them when Ethan, Cameron, Harper, and Daphne split up, and Cameron and Ethan decide they want to party. If not, more so, since Cameron is an investment banker and wants Ethan’s business and loyalty, he wants to show him a fun time and maybe gain some blackmail material.

As for what the ladies are doing? Harper is trying to prove she isn’t a stick in the mud, so she pulls a 180 and tries to be a bit of a Stepford Wife and be the most charming, affectionate, and agreeable person you can imagine. Hence her agreeing to a day, to an overnight trip, with Daphne.

But, while the trip originally seems like it will be daunting, especially as it feels like every guy around is looking at her, things shift once it is just Daphne and her. Once they are alone, Daphne opens up, and while around Cameron things often seem perfect, as the cracks are exposed, and Daphne lets Harper peer behind the curtain, Harper can get comfortable. Yes, Daphne thinks Cameron cheated on her at least once, but she has a rebellious streak in her, so she isn’t just his little wife with their two kids. This trip shows that she knows how to mess with him and enjoys the back-and-forth exchange of power.

Now, does this make Harper more comfortable with her relationship? Not really. Especially as Daphne starts confirming some of what Harper thought about Cameron and Harper realizing who she left her husband with. But at least there might be the sense she doesn’t have to perform to be part of the group.

They used to respect the old. Now, we’re just reminders of an offensive past everybody wants to forget.
— Bert

The Nice Guy vs. The One Who Lights Up Your Loins

Portia is in a special place in life. She doesn’t really want to settle down, but she does want companionship and to have fun. A guy that is the total package in terms of not only being smart and nice like Albie but also a bit naughty and with a dash of risqué like his grandpa and maybe dad. And what we love about the portrayal of this for Portia is she isn’t damned for it, nor is Albie made to seem lame for not being some kind of bad boy or overtly aggressive.

Rather, both are given the grace and character development for you to get it. Albie has been around his dad and grandpa enough to know that he could absolutely flirt and be aggressive and win over some random Italian girl, get what he wants, then abandon her with her having no means to track him down. But that’s not who he is. Albie is the type you’re surprised didn’t marry his high school sweetheart since he seems like a catch but likely, as shown through Portia, because he doesn’t make enough of an initiative, he stays single.

As for Portia? Like so many of us, she appears to be on autopilot. She has her life set up to be comfortable enough to push through but uncomfortable enough to know she is unhappy. But, similar to Albie being unable or unwilling to take the initiative in his relationships, it seems Portia is the same way in her professional life. Because, increasingly, she is making it clear she isn’t into Albie, but she doesn’t have the same courage to tell Tonya she doesn’t enjoy working for her, to make a boundary, or just to quit.

So here is hoping both figure a way to learn from one another, and even if they don’t end up together, at least get a lesson out of this shared experience.

Daphne fully stepped out of Cameron’s shadow this episode. She presented the idea she is her own person, is aware her husband isn’t perfect, but isn’t a victim and refuses to be anything resembling that. She is someone with her own interest and is not going to wait for a man, or even a friend, to pursue them. Now, is it great when people like Harper do join her? Yes! However, what Daphne gives audiences is the idea she was a whole person before she had two kids and became part of Cameron’s world.

Heck, I think in getting to see her fully, it may even allow Harper to relax a bit. For it seemed in realizing that Daphne isn’t perfect, nor her marriage, Harper may return to the idea what matters is the relationship works for you and your spouse, not that it isn’t as joyous or happy as someone else’s.

The Italians are still in the struggle on “The White Lotus.” Valentina is someone they try to show another side to by having her feed cats or be kind to Isabella, but outside of pseudo-rude jokes, it doesn’t feel like she is being set up to be as focused on as Armond was in season one.

Then, with Mia and Lucia? They too seem a bit one note with the potential to be more, but the potential is untapped. Mia is a singer of some talent, but she is so absorbed in what is going on with Lucia that she doesn’t really get to shine. Then with Lucia, while we’re aware of her aspirations to eventually go to America, the reason why is easily forgotten, and it seems mischief and sex is all they have planned for her now and maybe throughout the whole season. Which is a shame.

The White Lotus: Season 2/ Episode 3 – Recap/ Review (with Spoilers)
Overall
While the second season of “The White Lotus” still is a disservice to its Italian cast, at the very least, everyone else maintains compelling storylines that make you want to know and see more.
Community Rating0 Votes
0
Highlights
Daphne
The Nice Guy vs. The One Who Lights Up Your Loins
Disputable
The Italians
83
Subscribe to our mailing list Follow Wherever I Look on Twitter and Instagram, Like us on Facebook, and Subscribe to the YouTube Channel.