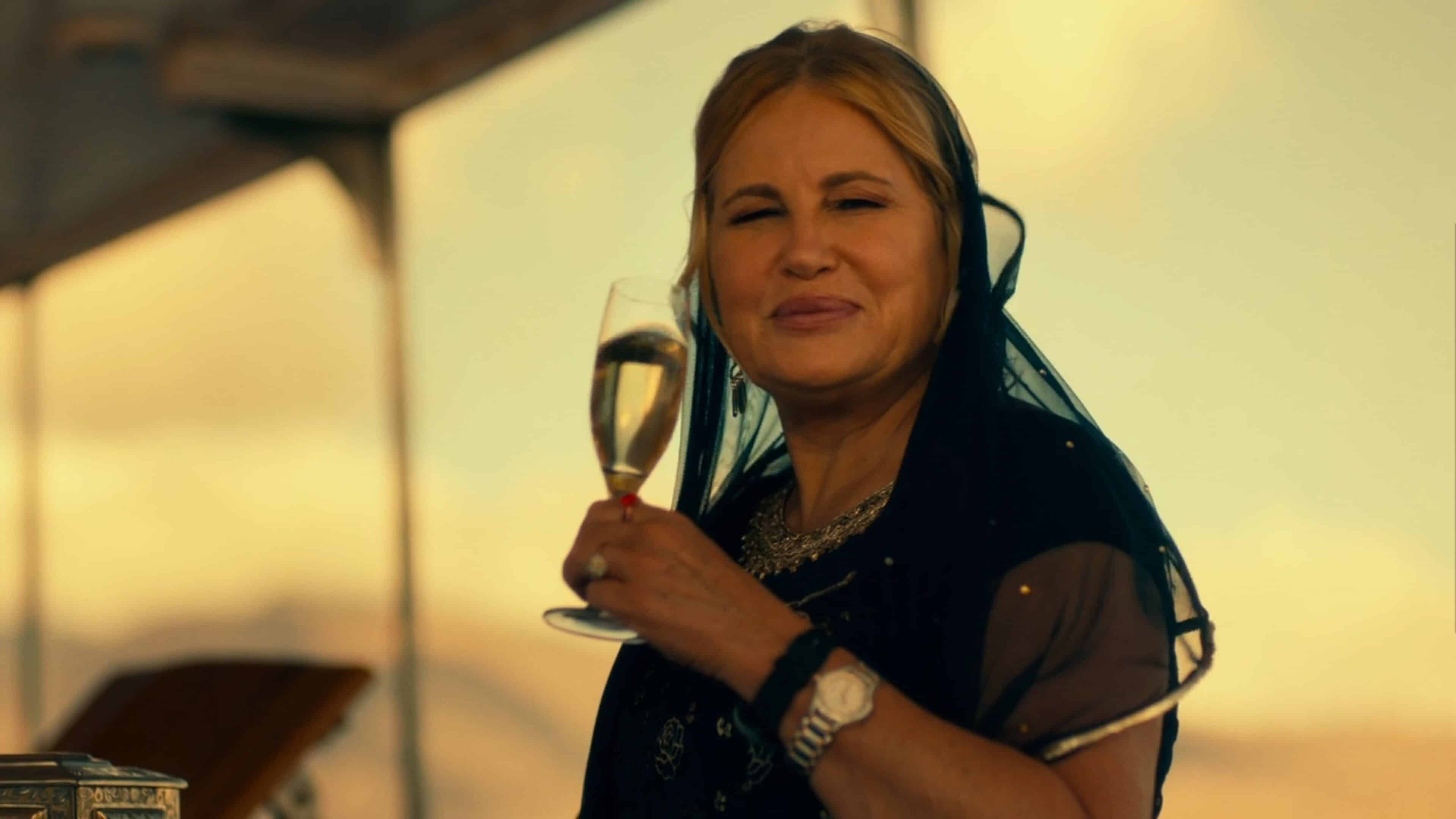 It’s another day in paradise, but as Armand spirals out, so do others begin to unravel as they realize this vacation destination doesn’t mean peace.

Mike is trying to recover from the news that his dad died from AIDS, and no one is really making that easy for him. Nicole talks about it nonchalantly, Olivia and Paula, with their progressive ways, muse over whether Mike’s dad was a power bottom, and Quinn? Well, he might be the only one as confused as Mike. Which for Mike is a blessing. Especially since it seems he increasingly feels alone when it comes to what he is going through. For with anything negative said about the idea of his dad being homosexual, he has to deal with his daughter, and her friend, accusing him of being homophobic. Which he is not, by the way. It is made clear if Quinn were gay, he would be okay with it. It’s just the not knowing that is getting to him, the lies.

You might be wondering, why is Shane, a rich man, with a poor woman like Rachel who has a sputtering career? Well, the answer is that he likes to have sex, and he found her pleasant and attractive. Now, are these specific words that come out of his mouth? No. However, this seems to be how Rachel feels since she seems to think there should be more to their relationship than sex, but for Shane, that is one of his top reasons for being together.

Because of her feeling as she does, though, Shane talks to Armand about setting up something romantic, and Armand certainly does set Shane up – but not in a good way. Why? Well, between the drugs and now drinking, Armand is giving less and less of a damn about his job and the needy people like Shane who make it hard.

And he might not be the only one tired of those they feel are needy. Paula increasingly seems to be less and less interested in Olivia’s family drama and spending time with her. Don’t get us wrong, she knows she can’t outright abandon the person who got her trip paid for. Hence them often reading together. However, she makes a point for night excursions to have sex with one of the guys who work at the hotel and not tell Olivia. Someone who seems notably devastated when she sees someone having sex with her friend. Almost as if she is into Paula. 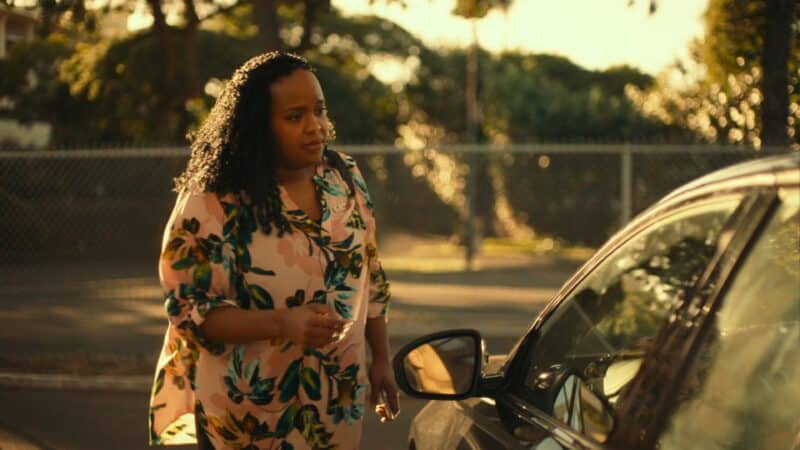 As you know, Tanya is a rich and odd woman, and her grief over her mother has been overwhelming her for quite some time now. But she thought she was ready to let her go, but as she and Belinda go on a chartered boat to spread Tanya’s mother’s ashes, it becomes clear the act of throwing her mother’s remains away is triggering. Why? Well, Tanya’s mother was a piece of work. She diminished Tanya’s self-esteem, put multiple men before her, and seemingly didn’t want a child whatsoever, yet still kept Tanya around.

All of which Shane and Rachel witness and end up a part of, rather than have their separate, planned romantic dinner. This pisses Shane off to the point of thinking Armand, like so many before him, are against him because of him being born into wealth rather than Shane being an entitled limp prick.

Jennifer Coolidge’s voice and demeanor in films push an almost female Eeyore-type persona which goes perfectly with Tanya. For even as seen in Legally Blonde, Coolidge’s style of acting presents the idea her character is just trying to make it to another day, even though the last one she survived didn’t make the trajectory of her life any better. And it strangely makes it so, as much as you can see certain moments are supposed to be comedic, like when she talks to Shane and Rachel, or when she tried to speak to Olivia and Paula, they aren’t truly funny. More so, it is a lonely woman who wants a connection and isn’t necessarily desperate but does have a certain level of yearning.

Hence her relationship with Belinda. It isn’t purely about how good of a masseuse Belinda is, but that she listens and makes Tanya feel like she has a relationship with some give and take element. That her presence is wanted and that she isn’t just being humored like her mother probably treated her.

Like Tanya, Armand’s downward spiral can be seen as funny, but may quickly devolve into sadness. Especially after the confirmation he is a gay man who seemingly has no friends beyond Belinda, who is a friend by proximity at best. Outside of work? I doubt the two spend time together, and with being a manager, when and where would Armand meet a nice man? Never mind a man he is into that doesn’t either work at his job or is staying at the hotel? Which is why his flirting with his young employee seems dangerous, especially with knowing someone dies. Since it seems Armand doesn’t have anything but cathartic releases to deal with the stress in his life. So with him popping pills and drinking and becoming increasingly reckless, there is a need to worry he may get himself in trouble as he continues to lose his inhibitions.

Unlike Tanya and Armand, it is hard to find nuance in Mike’s issues with his father’s sexuality. Granted, like Tanya and Armand, you can see the same level of loneliness, desire for connection, and being willing to get that from strangers since no one they actually know entertains them. But be it what we’ve learned about Mike so far or the acting, things are just not clicking like it is for Tanya and Armand.

Though you could also say, it is because of Mike mainly playing off of Quinn, who seems like Shane 2.0. That tantrum over his iPad, phone, and Nintendo Switch, while I get the loss of technology can be a bit traumatizing, there was also this sense of entitlement that peaked out. The kind Nicole isn’t going to be much help with since she sees Quinn as a victim of the progressive, #MeToo, feminist movement. So she babies and enables the boy. Thus creating a monster who could very well end up a killer if she isn’t careful.

It was nice to learn Belinda has a son in school, who supports and loves her, and that she walks with a bit of a pep in her step, under the impression Tanya may finance her business. But Belinda is such an essential part of Tanya’s story that sometimes it is to the detriment of Belinda. For as quickly as Belinda gets to step into the sun, then she is taking care of Armand, then Tanya, and while this helps you understand why her son says she is exploited, unfortunately, it doesn’t fully tap into all Belinda, and likely many of the staff members, go through because of these wealthy people.

But you can blame that on Belinda not being extra. She doesn’t have a drinking or drug problem, isn’t in mourning, dealing with some traumatic event, she is the normal one. She is in the eye of the storm, watching the chaos all around her and stepping forward in such a way that she might get knicked every now and again, but she neither escapes nor gets truly caught into the storm. Thus leaving what is going around her of more interest than the one who is surviving years of the madness. The White Lotus: Season 1/ Episode 3 – Recap/ Review (with Spoilers)
Trajectory: Plateau
While Mike, Quinn, and Nicole have yet to catch up with the rest, as Tanya, Armand, maybe even Rachel and Olivia, show that money, and some level of success, doesn't take away from the human suffering that comes with not feeling loved and appreciated? The White Lotus takes steps in the right direction.
Highlights
Tanya's Story
Armand's Downward Spiral
Disputable
Poor Belinda
Mike's Downward Spiral & Quinn's Lack Of Contribution
78
Subscribe to our mailing list Follow Wherever I Look on Twitter and Instagram, Like us on Facebook, and Subscribe to the YouTube Channel.