In episode 2, friendships and relationships start to unravel, despite the best efforts of some.

You’re Not Like The Others – Belinda, Tanya, Olivia, Paula

Tanya is borderline in love with Belinda and wants to do whatever it takes to befriend her and establish a firm connection. This includes taking her out for dinner, wanting to invest in her having her own spa business – whatever it takes. This, at first, is flattering, but it seems clear Belinda is a bit uncomfortable with Tanya’s admiration, even if the positive feedback is lovely to hear.

But while Tanya and Belinda are dealing with whether their relationship is appropriate, Olivia is dealing with feeling boring to Paula. After all, Paula is her woke, intelligent friend who is also a person of color. Never mind, there is a certain level of idolization, and if you follow the post-episode commentary by the cast. So, Paula keeping secrets about a bus boy she is talking to, maybe hooking up with? Well, that fuels Olivia’s insecurities in a way that makes you wonder how she might respond down the line?

Shane has decided he is going to dig his heels into the sand about the suite his mom paid for, much to the chagrin of Armand, who, with feeling overwhelmed and addiction problems, is starting to lose it. However, it isn’t just Armand who Shane is getting on the nerves of. Rachel also is starting to get bothered by Shane’s sense of entitlement.

Though, when it comes to Rachel, she is just at a difficult point in life, in general. She has a rich husband now, but also this mediocre career. One that she has worked hard to get but also hasn’t really led to much beyond a handful of connections. Then, when you add Shane dismissing her work and Nicole, someone Rachel did a profile on, also trashing Rachel’s work, it leaves her in a state of not being sure what her next move should be. So, for now, she may just do what Shane wants and zone out a bit.

With learning he doesn’t have testicular cancer, Mark is quite happy, which only pushes him even more to have a relationship with Quinn. Quinn’s response? He isn’t necessarily overly excited, but he is willing to spend time with his dad since Nicole doesn’t, and Olivia would rather him die in the closet than share space with him. 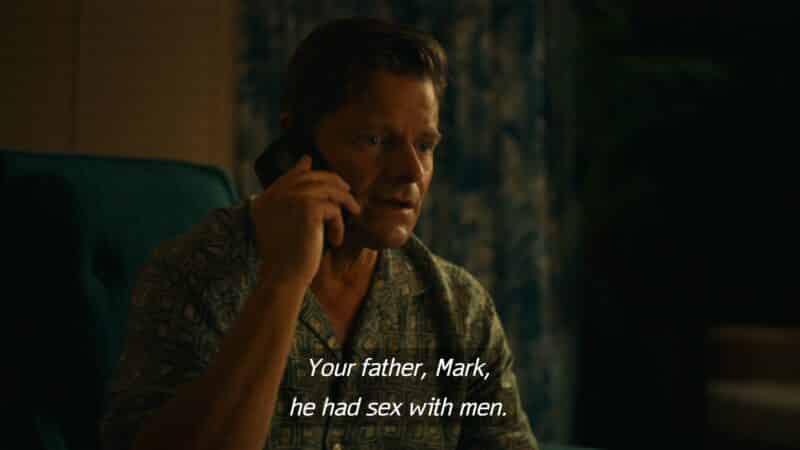 However, what is of the utmost importance to Mark is that, after his uncle calls checking on him, he learns that his father didn’t die of cancer. What Mark’s dad died of was actually AIDS because he was a closeted homosexual – a shock to both him and Nicole.

Your power is your independence.
— Nicole

I think a lot of things get in the way with promising things to people, when you can barely deliver for yourself.
— Jennifer Coolidge

When it comes to the majority of the characters, they are locked in what you expect from them. The staff are abused and put into awkward positions where refusal is difficult, and Armand is being pushed to a degree that seems unreasonable. Then, when it comes to the guests, they are weird, yes, but they too often feel very predictable and wooden. Thus making only the question worth asking about the show being: Who dies?

However, with the reveal that Mark’s dad had AIDS, it at least makes him interesting for his dad was his everything, and he modeled his life after him – to a certain degree. But, with this new information, he has to face who his dad was as an adult, a man beyond the title of “Father,” which Mark doesn’t seem ready for.

Now, considering even cancer made Mark handle things in a comedic way, I don’t have much hope in this being taken seriously. However, I could be wrong, and this could be a real turning point for the character. 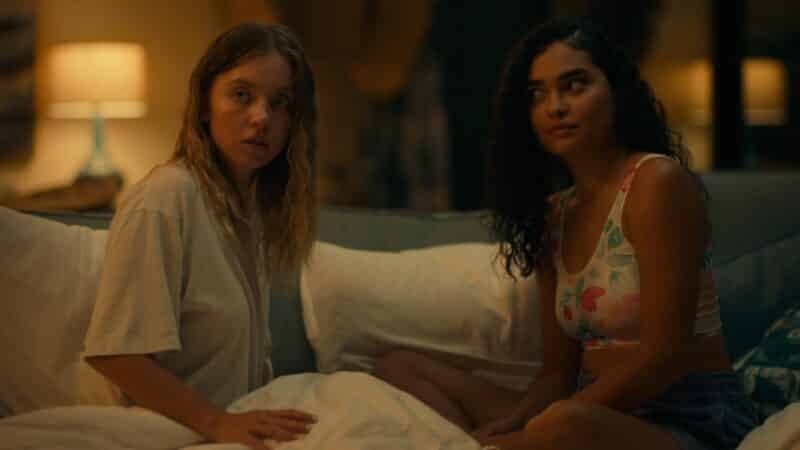 Beyond figuring out who died, I’m unsure what the hook is for this show? While the rich people are eccentric and played by familiar faces, they aren’t giving us their best work here. Then, when it comes to the staff, the same issue comes into play. So what exactly is supposed to be the selling point here? The White Lotus: Season 1/ Episode 2 – Recap/ Review (with Spoilers)
Trajectory: Plateau
The White Lotus continues to benefit from the recognition of the actors than the strength of the characters, alongside a 6 episode, one-season commitment. For it has yet to give viewers much to want more of.
Highlights
The AIDS Drop Made Mark's Story Suddenly More Interesting
Disputable
Are Rich People Behaving Badly, Or Eccentrically, Entertaining?
76
You Might Be Interested In