The Resort: Season 1/ Episode 8 “The Disillusionment of Time” [Finale] – Recap/ Review (with Spoilers) 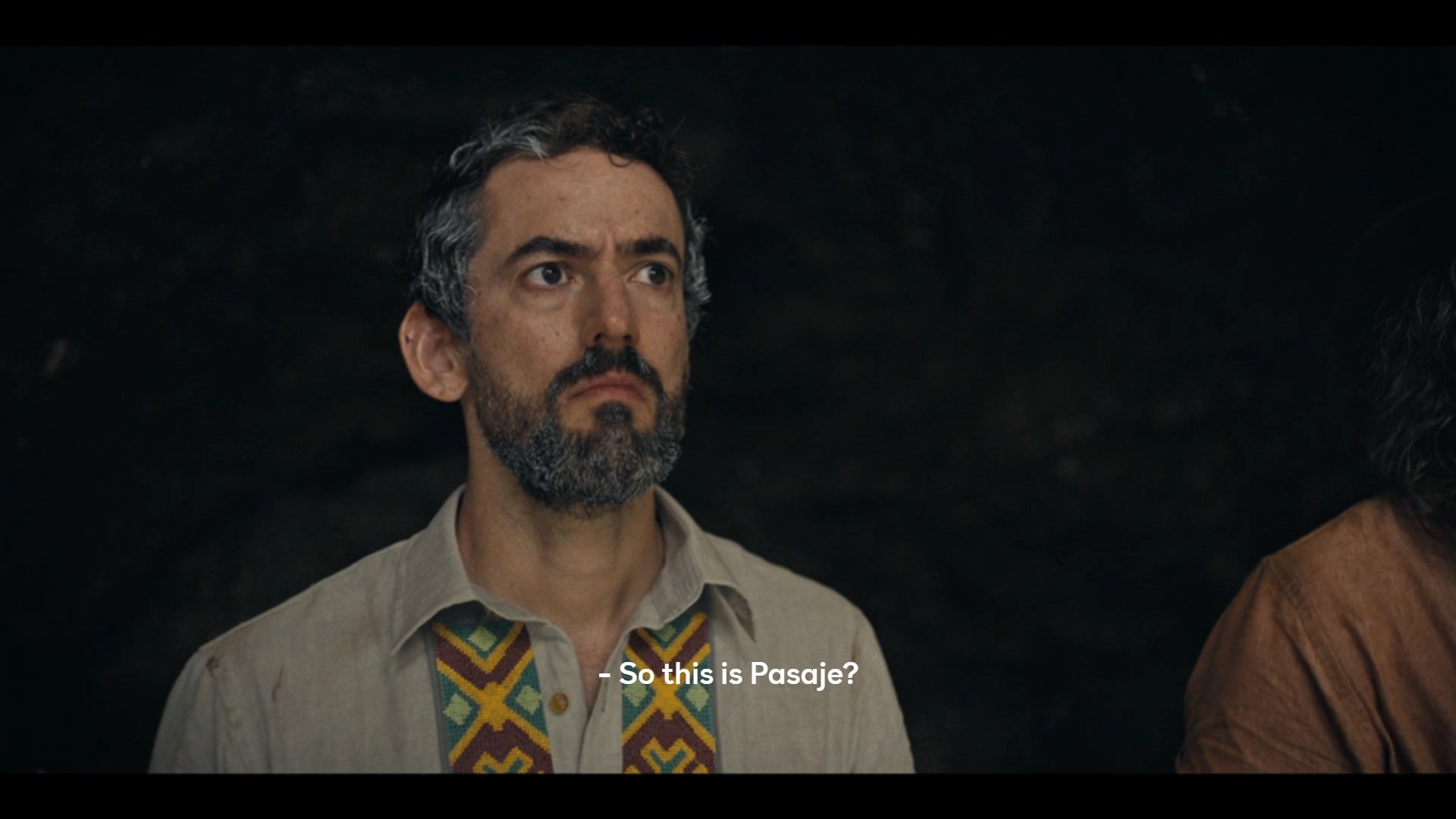 "Baltasar taking note of what he believes is Pasaje," The Resort, "The Disillusionment of Time," directed by Ariel Kleiman, 2022, (Peacock)

“The Resort” ends with a satisfying conclusion that may leave a ton of questions, but it does avoid being a disappointment.

Pasaje has been found, and its heart appears to be a small pool of water. Getting to this pool of water is dangerous as there are false ways with snakes, and even its entrance is a rather tight spot. But, while Baltasar and Murray deal with the snake, Noah helps Emma get to this small pool where she sees Violet and Sam!

Now, rather than join them in the pool, and explore the moment where she heard her daughter’s cry and relive that moment, instead she pulls Violet and Sam out, and we see they haven’t aged a day. This confuses all parties, including Murray, when reunited with his daughter, but there is no explanation. Heck, even how Sam and Violet got to that area is hard to tell since, the last we see of them in the past, they are about to drown. So it can only be assumed there is something in the water, or maybe they found the way Emma got into the room. It’s just that over 15 years, the water receded.

As said, a lot goes unexplained, but at least Sam and Violet are alive, and while forced to deal with the shock of how much the world has changed in 15 years, they seem fine. Sam has an itch with his ear, pushing the idea in Baltasar’s mind that he may inherit the issues Alex had down the line, but there is no confirmation that it is the same ailment.

All we know for sure is that Emma chose to be with Noah over getting lost in the liquid Sam and Violet were in, and Baltasar, with solving this case, has a new pep in his step.

Learning Sam and Violet Are Alive

What “The Resort” was built on is the question of whether Sam and Violet were alive or not. We got multiple fake-outs, but the ultimate answer is yes, they are fine. Now, how have they not aged, why don’t they look malnourished, and a slew of other questions go unanswered. But that issue is for the next topic.

So Much Went Unanswered Or Unresolved

It’s almost easier to make a list than write paragraphs about what isn’t addressed or goes unresolved. You could start with all those trippy scenes, not getting an answer as to what that was about. Following that is the question of, what happened to Illan’s friend? Why wasn’t he in the goop with Sam and Violet? Then, why didn’t they age, why aren’t they thin and looking famished, and also, what state were they in?

When it comes to Violet, it is assumed she was with her mom and wanted to stay in that happy place, but what about Sam? Also, why was it so easy to wake them after they were in hibernation for 15 years? Shouldn’t they have been unable to walk and have other muscular issues?

Following that, you really expect anyone to believe Baltasar was able to grab a snake that looked like that, that grew up in the jungle, and not die? Never mind, there is a need to ask ALL the questions regarding Sam going back to his old life. Heck, add in Violet, too, because 15 years have gone by. This would assumingly cause a slew of issues with their passport and social security, and while both are beyond high school, how will they answer for 15 years of no school or having a job?

If there was ever an ending that made you wish for an epilogue, it would be what “The Resort” delivers.

The Resort: Season 1/ Episode 8 “The Disillusionment of Time” [Finale] – Recap/ Review (with Spoilers)
Overall
“The Resort” ends in such a way where, if you don’t overthink it, you can be satisfied. However, if you pick it apart, it’ll feel very underdone and make you question how many people read this, thought it was a good idea, and approved it?
Highlights
Learning Sam and Violet Are Alive
Disputable
So Much Went Unanswered Or Unresolved
71
Subscribe to our mailing list Follow Wherever I Look on Twitter and Instagram, Like us on Facebook, and Subscribe to the YouTube Channel.