With a season 4 on the horizon, Miriam’s story finds itself in a position she didn’t prep for nor Susie.

The Apollo. Miriam has a show at the Apollo, and it is terrifying. Susie can’t be there due to a family obligation, and Miriam is now one of the few white people in the room, building, and neighborhood. Which, up until now, hasn’t been a problem but Miriam isn’t ignorant about the Apollo and add in she follows Moms Mabley? She was bound to screw up. However, she didn’t realize how bad she screwed up until Reggie had to pull her and Susie aside the next day.

Which couldn’t have come at a worst time since Miriam, to save her parents, and keep her son in some fancy school, decides to buy from Moishe her old apartment. Something she technically didn’t have the money to do, since Susie’s gambling? Yeah, she gambled with not just her cut of Miriam’s money, but also Miriam’s cash.

So, it is decided that she will have Joel handle the checks. An idea that doesn’t necessarily sit right with him due to Mei and him reconciling, and him even introducing Miriam to her to make things truly official. Oh, and speaking of reconciling, Imogene and Archie are one the way there but to reinforce things, it seems Imogene is going to work to become his secretary. You know, just to keep what happened to Miriam from happening to her.

With Rose having matched a woman’s daughter with someone who she thought would never get married, never mind possibly have grandkids, she realizes she may have a thing. The type which, right now, gets her lavish gifts but could also become a business of some kind. Leading to her trying to right the one thing which could taint her reputation in Benjamin. Someone who she visits, multiple times at work, and this leaves him a little frazzled.

But she isn’t the only one prepping for the future. Miriam speaks to Moishe about buying her old apartment since Joel is trying to have their kids raised in Queens – which is not an option. Something he is for, based on the contract she has and money she stands to make. 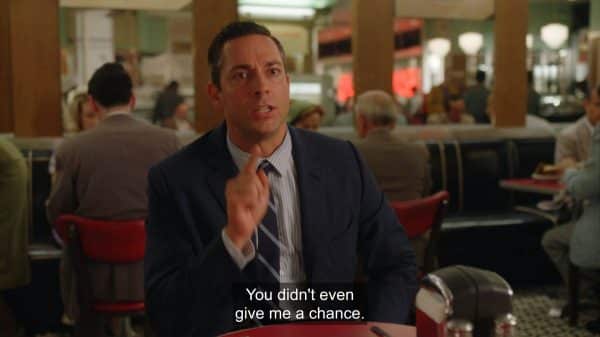 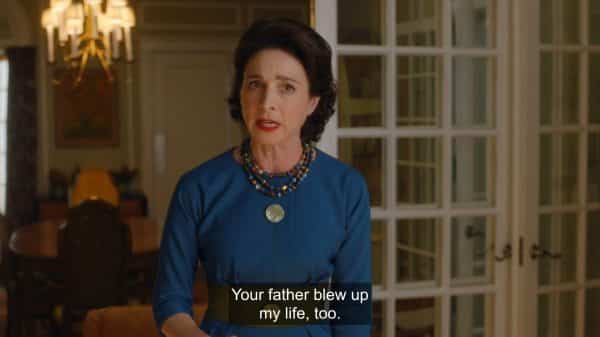 With Rose bothering Benjamin so much, he decides to find Miriam and give him a piece of his mind. After all, he let her ride off without besmirching her, and with Rose popping about, it seems to him Miriam feels guilty and is using her mom to ease her guilt – this is not the case. However, it is made clear that despite Miriam thinking it wouldn’t have worked with Benjamin, it could have. He would have been understanding for he saw what she was passionate and good at and perhaps what Benjamin is the most upset about is her making an assumption that he couldn’t hang in there.

Yet, lest we forget, the older you get, the more baggage you gain. Hence why Joel pushed Mei away, for he was triggered by the idea of her becoming like Miriam. Also, Miriam likely pushed Benjamin away thinking he’d end up like Joel. If not, to make the situation worse, her finding herself solely to blame rather than being able to say, often passive-aggressively, it was the other person. An idea she can’t deal with since Miriam is sensitive. If not easily riled up when accused of something and forced to take account of what she may or may not have done.

Case in point: When she confronts her mother about the Benjamin situation, she goes off on her lack of support and complete disinterest in evolving how she sees Miriam. To which Rose replies that Miriam isn’t the only one who has had her life upended and yet look at Rose. She stayed with her husband, made it work, and while she wasn’t cheated on, he did the second worst thing a man can do to a woman that doesn’t involve cheating: He messed with their money. So when it comes to Miriam, who has swatted away good men, has put herself in a career where the likelihood of her getting a new one is slim, Rose doesn’t want to hear it. She will not change for her daughter, in terms of opinion, and so much more, so the quicker she accepts that the better.

Leaving one last thing: Joel and Mei make up, and in the process of that, his club opens. Which Miriam visits, and gets to meet the new girlfriend who she bonds with. Not to the point of becoming new friends but if Ethan or Miriam’s daughter is around her, it won’t be an issue. Plus, when the power goes out and Miriam decides to get on stage to buy some time, she applauds, lauds Joel’s abilities as a father, as much as jokes about their divorce. Showing she knows the line between poking the bear and petting them.

The Pulley System (One Goes Up, One Goes Down): Abe, Miriam, Susie, Shy, Moms Mabley, Reggie

Now, if only she knew how to do that with Shy properly. Someone who, after two months of dealing with exhaustion, has decided his first show back will be at the legendary Apollo theater. A place Miriam has never been to and isn’t scared of because of the Black people, per se, but because Reggie brings Miriam up to speed about the Apollo not being a place for those who don’t get it. If not, better said, can’t bring it quickly and win them over expeditiously.

To make matters worse, Miriam has to follow Moms Mabley, and with Susie burning down her family home for insurance money, since she spent up hers and Miriam’s in gambling, she isn’t there for support. So, instead, Miriam has Reggie who tells her to make some jokes about Shy and life on the road. This leads to her saying everything but Shy is gay and that leading to her getting kicked off the tour. 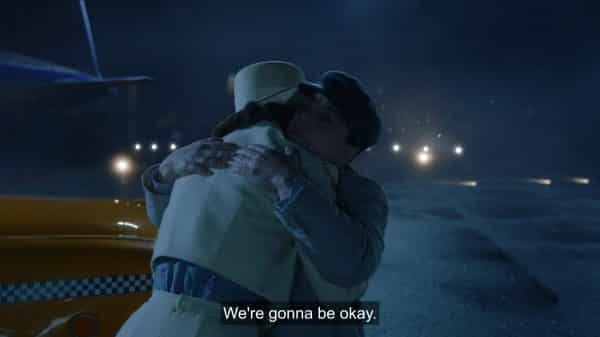 Susie: We’re going to be okay.

Let’s not end things on a sad note, however. Abe, after his piece in the New York Times, gets a job offer from the Village Voice to be a theater critic. So while Miriam licks her wounds, and Susie gets her money, which she says she is promptly handing to Joel, since she can’t trust herself, Abe can at least financially support their new home.

People Going Off Left And Right

Communication is important, and holding things in isn’t good for you. Hence why Miriam is a comic because she needs to speak her truth and she’d rather laugh than have the tears flow. I mean, a lot of her dreams are dying on the vine or having to be rewritten because of Joel or her new career. Add in her parents’ lack of support and it is a lot for a young woman who is a bit of a trailblazer in her day.

So, her going off on Rose, Benjamin on her, and Rose’s weak retort, it is all necessary conversations. But the fun one is going to be if Miriam ever learns what Susie did for that may rock their relationship in ways we have yet to see. Because Susie can say a lot to Miriam and she’ll take it, even process it as constructive criticism or a cathartic release, but messing with her money? Oh, Miriam’s head might explode.

Are There Patterns Forming?

The issue with most shows is while creators usually have some idea how their show will end, they put it off as long as they can. For rather than make a tight 2 or 3 season show, they seek to ride that wagon until the wheels fall off, as do fans. Which “The Marvelous Mrs. Maisel” isn’t at yet, but as patterns begin to form, there is the need to wonder if we are near the beginning of the end.

Why do I say that? Well, because Miriam revealing someone’s personal life got her in trouble again, and while Reggie may not be nasty enough to get Miriam blacklisted, it may negatively affect her career getting kicked off a major tour like that. Much less, each time a character hits rock bottom on a show, it means a season, or at least half a season, to rebuild. Only to get a little past where they were before by the time the season ends.

So, with a recent season 4 renewal, so comes the question if the show is aiming for a round 5 seasons to tell Miriam’s story or if Sherman-Palladino and Amazon are going to milk this thing as long as it brings notoriety and prestige to the platform?

People Going Off Left And Right - 85%

He would have been understanding for he saw what she was passionate and good at and perhaps what Benjamin is the most upset about is her making an assumption that he couldn’t hang in there.

Benjamin was a fantasy that would eventually undermine Miriam’s sense of self. It wasn’t going to work out.