With the introduction of the heads of OriGen, and Spencer being set up to be a proper villain, The Man Who Fell To Earth finishes its foundation and starts to get interesting.

While digging through Dr. Palel’s things, Spencer discovers a 1984 recording of Thomas being tortured over what is contained in his 10th patent. The whole interrogation/ torture session is part of the Icarus Program, and as noted, nothing came of it. Well, nothing beyond Thomas going blind from an X-Ray and the CIA appearing to take a layer of Thomas’ skin off as part of trying to force answers out of him to no avail.

But, what the recording does help is prove that Thomas did exist and he was onto something major. For Spencer is starting to put together the pieces with Drew’s help. It is known Thomas arrived around 1975, started a company named World Enterprise, and dominated tech for almost a decade. But, because of the tech Thomas brought to the masses, he was kidnapped, and his company folded into OriGen, which was a British Industrial supplier.

Now, why this specific company? That’s hard to say. All we know for sure is that Thomas and the company had to be taken off US soil in order to get around the legal issues of what they were doing and all of this, plus the last patent being in Base 60, Mesopotamian math, has Spencer itching like a pet with fleas. This worries Drew since she knows Spencer tends to go after white whales, but with even her interests intrigued, she helps him set up a fund and even a team. One that includes Lisa, who discovered Thomas’ last transmission to Faraday.

You Can’t Use Me To Hold Yourself Back – Josiah, Justin, Molly, Faraday

Though it isn’t explained how, Faraday has sucked out all the toxins and ailments of Josiah’s body and expelled this dark, oil-like liquid from his body, and after drinking enough water to fill up his stomachs, he is bright and new. Now, as for how long Josiah will remain healthy? According to Faraday, the rest of his life. As for how long Josiah could live now? That’s hard to say. Faraday removed ailments but didn’t make Josiah younger.

Either way, with being spry and of sound mind, Josiah releases Justin. He tells her to follow Faraday on whatever journey he is on and refuses to be the reason she continues to keep her life on pause. So, with Josiah and Molly pushing Justin out, she goes with Faraday off to find The Wizard of Risk in Seattle.

So who is the Wizard of Risk? It’s Hatch Flood, the son of the man who inherited all of Thomas’ patents and whose company benefited from all the money the patents made. However, with his father committing suicide, his sister, Edie, taking over, and her accusing Hatch of trying to sell Thomas’ patents, he has become disgraced.

But, after being convinced that Faraday is who he says he is, Hatch uses every last favor and bit of money to get Faraday in front of “The Book Club.” There, after some hijinks and awkward conversations, Faraday shows off to major names in the tech world his quantum fusion reactor that fits in the palm of his hand and lights up a good part of London. Thus leaving him to likely be seen as an eccentric genius.

What The Sibling Issues Brought To The Show

With learning OriGen is in decline, with Edie only slowing the bleed, and adding in Hatch being considered a traitor, it gives us some decent drama. Not top level, could be the hook of the show drama, but between that and hearing their father committed suicide, it really pushes the idea anyone who has wronged Thomas has been punished. Also, we must admit that Hatch’s manic energy playing off Edie’s calm and cool nature does it for us. Especially as Faraday interacts with Hatch and Hatch loses his mind.

Spencer Being Made Into A Villain

While we knew Spencer was an ass, because of the way he treated that waitress, it wasn’t clear whether or not he should be seen as a bad guy. Yes, he works for the CIA, so that was a mark against him from the start. Also, the CIA is seemingly the reason why Thomas isn’t around. However, it wasn’t clear if Spencer and Drew would just be two agents after the truth or not.

That changed this episode. With them thinking Thomas’ patent could become a weapon and them wanting to harness it, and us being reminded how heartless Spencer and his new sidekick Lisa can be? Since she had her own uncle deported? I won’t say they’ll be the best villains you ever saw, but they could do a hell of a job in this show.

As Long As Faraday Is Exposed To New Stimuli, His Shtick Can Remain Interesting

Faraday’s luster is still on the decline, but having him exposed to people beyond Justin’s family helps extend how useful his lack of social grace can be. Be it how he interacts with Hatch, his actions at the “Book Club,” or what will surely come when everyone mobs him for the quantum technology. All of that should make it so, at least for one or two more episodes, Faraday can remain comical as he says outlandish things or acts in brash ways. 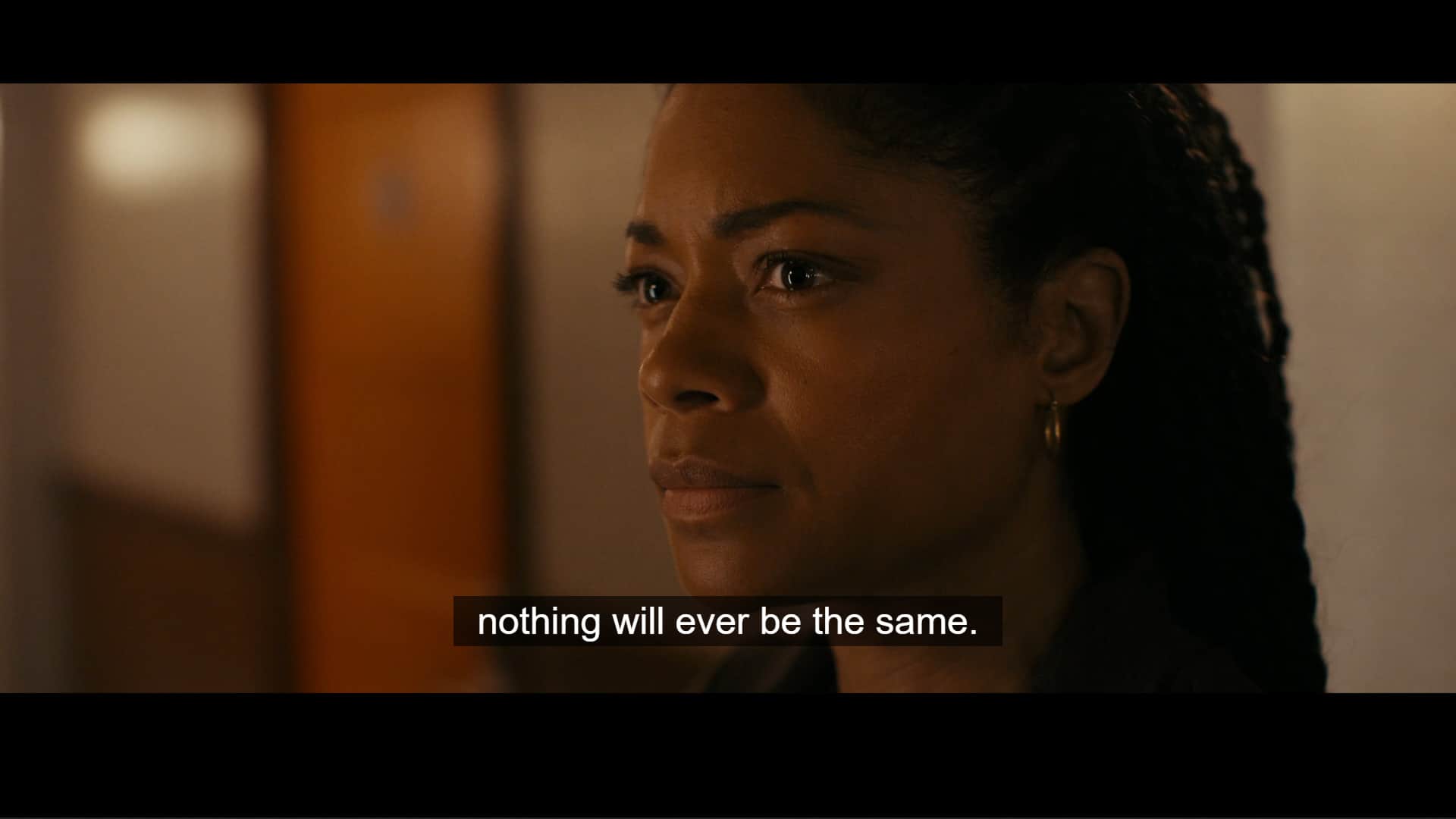 The Man Who Fell To Earth: Season 1/ Episode 3 “New Angels of Promise” – Recap/ Review
Overall
Things begin to pick up as the show firmly establishes its villain, and Faraday makes a notable move towards his final goal. But, while things are getting better, it's better based on the standards this show has shown itself deserving of.
Highlights
What The Sibling Issues Brought To The Show
Spencer Being Made Into A Villain
As Long As Faraday Is Exposed To New Stimuli, His Shtick Can Remain Interesting
Disputable
82
Subscribe to our mailing list Follow Wherever I Look on Twitter and Instagram, Like us on Facebook, and Subscribe to the YouTube Channel.