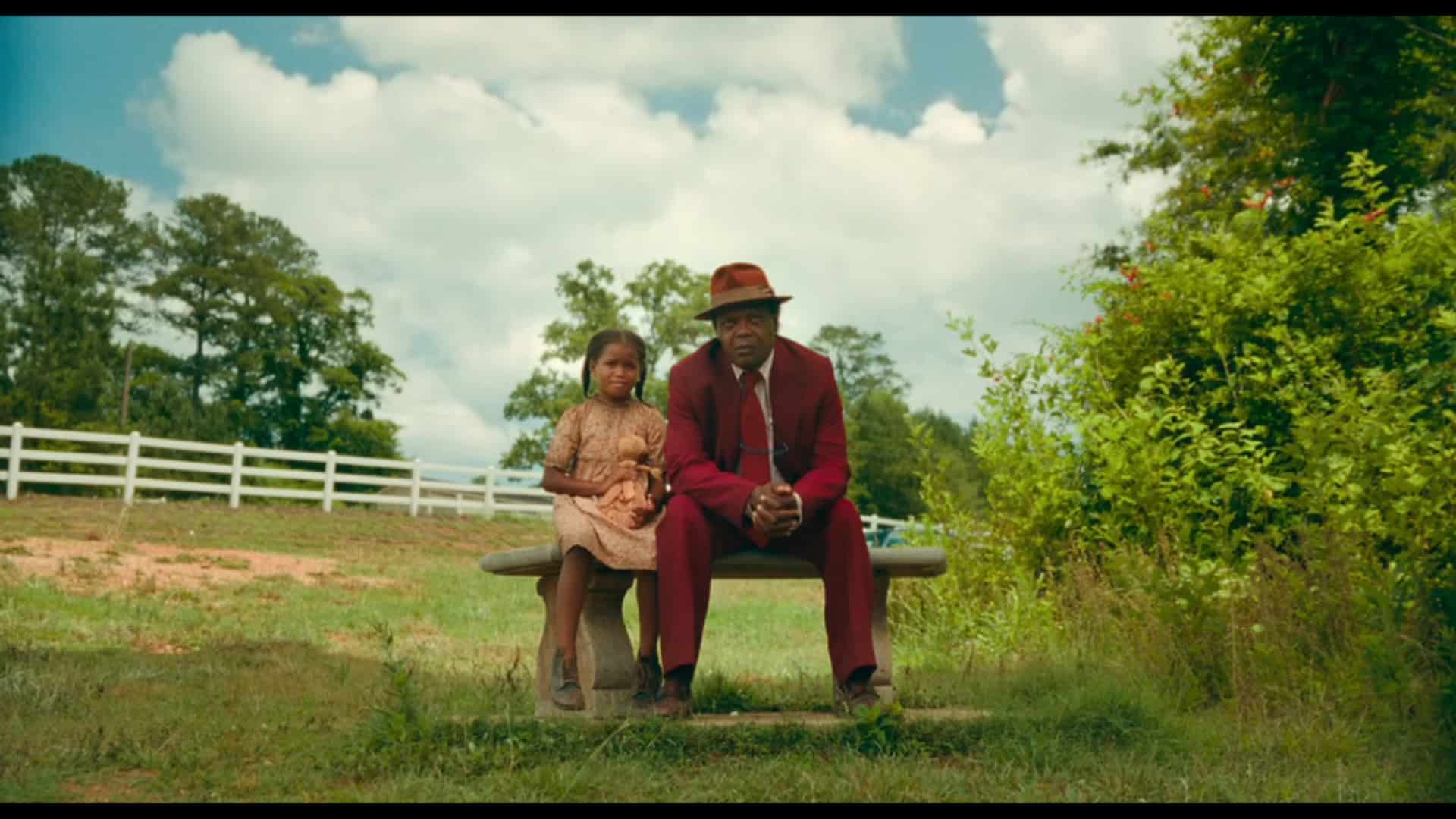 We’ve come to the end of The Last Days of Ptolemy Grey and begin with the question of whether he’ll set out what ha planned to do before his memory slips once again?

As Ptolemy noted before, Maude died in a fire, and she was also his first little girlfriend. Unfortunately, things don’t expand much beyond that in this episode, but we do see the actual event that led to her death, but with Ptolemy having the ability to rescue her in his dream sequence. Also, we get a scene where Coydog consoles Ptolemy after the fire that took Maude’s life, which further solidifies his and Ptolemy’s relationship.

Since, you know, his mom apparently couldn’t have had a moment to console her child.

Ptolemy has everything planned out just right. He will say his goodbyes to Robyn, have someone drive him around, remember things one last time, and with the last bit of lucidity he has, he is going to kill Alfred and avenge his nephew. Now, everything goes to plan until it comes to dealing with Alfred, who is difficult to deal with because he is a hardened criminal.

First off, Alfred came there to get Ptolemy’s money and still be with Nina, so off the bat, things weren’t on the good foot. Though, in Alfred’s defense, Ptolemy was setting him up to confess and kill him. Never mind, both men made it very clear they don’t respect one another in their back and forth.

However, in the end, Ptolemy kills Alfred while being encouraged by the ghost of his mom, Iona, Sensia, Coydog, and even Reggie. And no sooner than Alfred sighing his last breath, Ptolemy is back to having a debilitating form of dementia.

With Ptolemy no longer of sound mind, naturally, Hilda (thus far called Neicie) swoops in to get a conservatorship and tries to not only put Ptolemy away but also control his finances. However, while Ptolemy’s blood has enough power to bar Robyn from seeing him, his money is locked up behind all he did while lucid, making it so no one can really touch the money he stored away.

This infuriates Hilda, who vows to keep fighting, even though Robyn doesn’t want any beef. She’d rather regain what little resemblance of a family she has left. But, Hilda is upset, and everything is in Robyn’s name, so the battles continue as Robyn just wants to live out Ptolemy’s final wishes.

Oh, and as for how Ptolemy is doing? Eh, he’s alright. Because he murdered someone, he clearly isn’t able to be in his own home, but he isn’t in jail either. He’s in some sort of hospital, strapped down by his wrist, but able to get visitors. And despite how Hilda feels, it seems she now has allowed Robyn to see Ptolemy, who is overjoyed to see his favorite person, and one of the handful he can still remember. Thus leading her to deliver the love she promised, even when he started to low himself again.

The Tears That Are Shed

I’m telling you, what makes this show is Robyn and Ptolemy’s dynamic. As shown when Robyn and Hilda were across the table from one another, and there was just a video of Ptolemy proving he was of sound mind when doing his will, whether physically in the same room or not, Jackson and Fishback are not only compatible actors but have chemistry. The kind that, when they are in the same room, like towards the end of the show, you will not be able to stop yourself from crying.

For there is just this undeniable love between the two which is the lifeblood of this show and makes up for nearly everything that can be seen as a flaw. I mean, seeing Robyn reuniting with Ptolemy after six months, knowing he is in decline, yet he remembers her? Never mind, they still have their rhythm that makes him comfortable and not the least bit suspecting she is there to harm him or anything? That is beautiful, and really, big picture-wise, shows the joys and pains of interacting with a loved one dealing with a memory-related disease.

Finally Getting Some Time With Maude

Did we get to know Maude beyond being Ptolemy’s girlfriend? No. However, we do get a handful of scenes where she is talking and interacting with Ptolemy – the younger version. Now, does this feel enough? Does this compensate for not getting to know her much previously? Absolutely not. But sometimes getting a little bit is better than nothing at all.

Barely Seeing Iona, and Not Seeing Ptolemy’s Sister At All

As is the case with Iona and Ptolemy’s sister. Iona got her 15 seconds of fame this episode, standing in a hallway with a handful of forgettable lines since apparently, Coydog meant the world to Ptolemy and his mother just birth, named and fed him. But another issue is that we didn’t learn a single thing about Ptolemy’s sister. She didn’t even appear once for us to get to know something about her, beyond, she needed help raising her kids.

I don’t know why, but that just feels immensely frustrating.

Understanding Hilda Being Protected From Herself 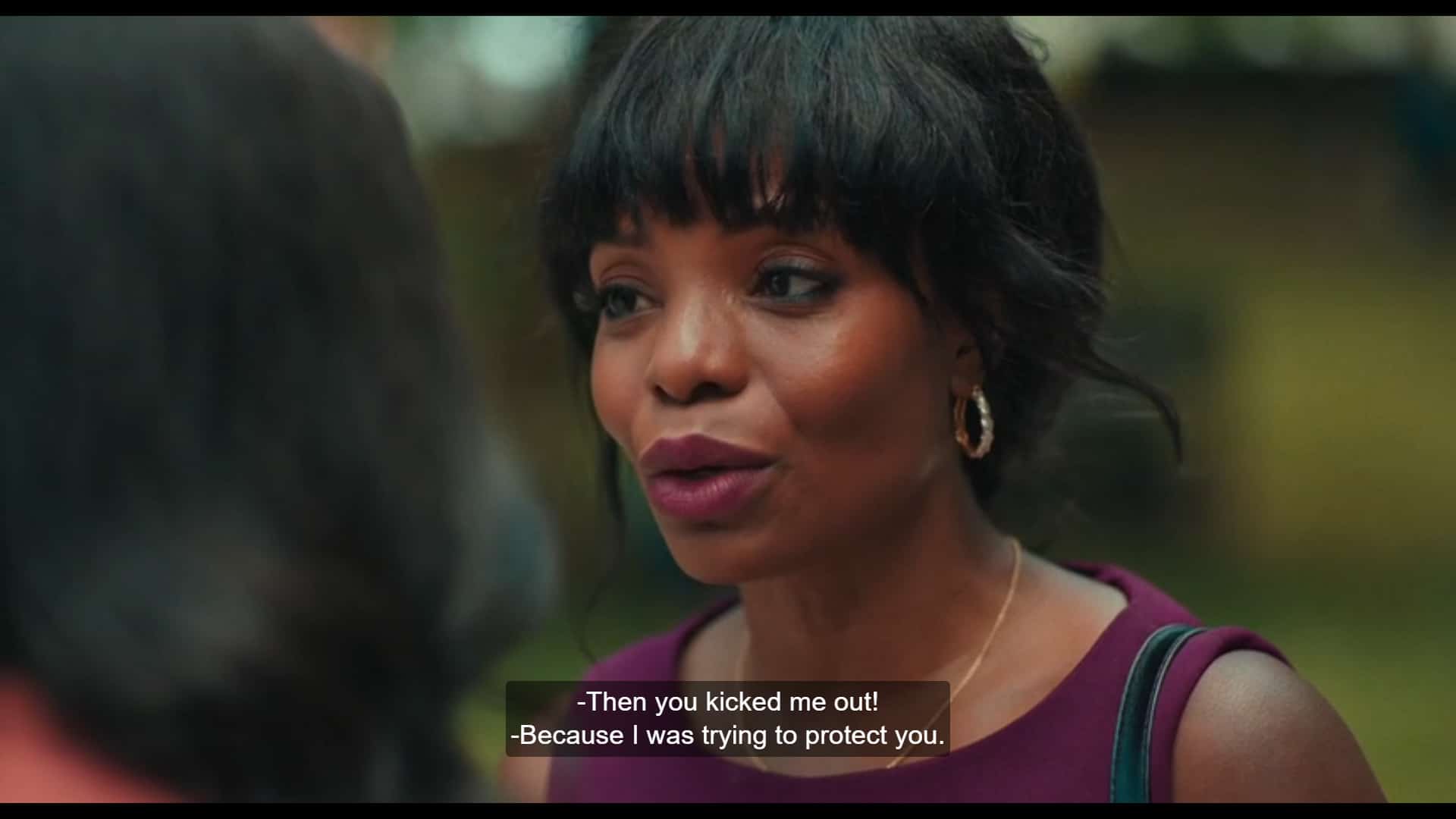 As Ptolemy stated, Hilda means well, but things are complicated. Sadly, the final episode doesn’t add layers to Hilda to help us understand how complicated things really are, but you can tell there is more than meets the eye. It’s just, unfortunately, there can only be one female lead, and with Hilda not being that person, she got the short end of the stick.

The Last Days of Ptolemy Grey: Season 1/ Episode 6 “Ptolemy” [Finale] – Recap/ Review (with Spoilers)
Overall
While we, unfortunately, don’t get notable scenes with Maude and Iona, and Hilda and Nina remain a tad underdeveloped, Samuel L. Jackson and Dominique Fishback deliver in ways that more than compensate for The Last Days of Ptolemy Grey’s weaknesses.
Highlights
Finally Getting Some Time With Maude
The Tears That Are Shed
Disputable
Understanding Hilda Being Protected From Herself
Barely Seeing Iona, and Not Seeing Ptolemy’s Sister At All
76
Subscribe to our mailing list Follow Wherever I Look on Twitter and Instagram, Like us on Facebook, and Subscribe to the YouTube Channel.