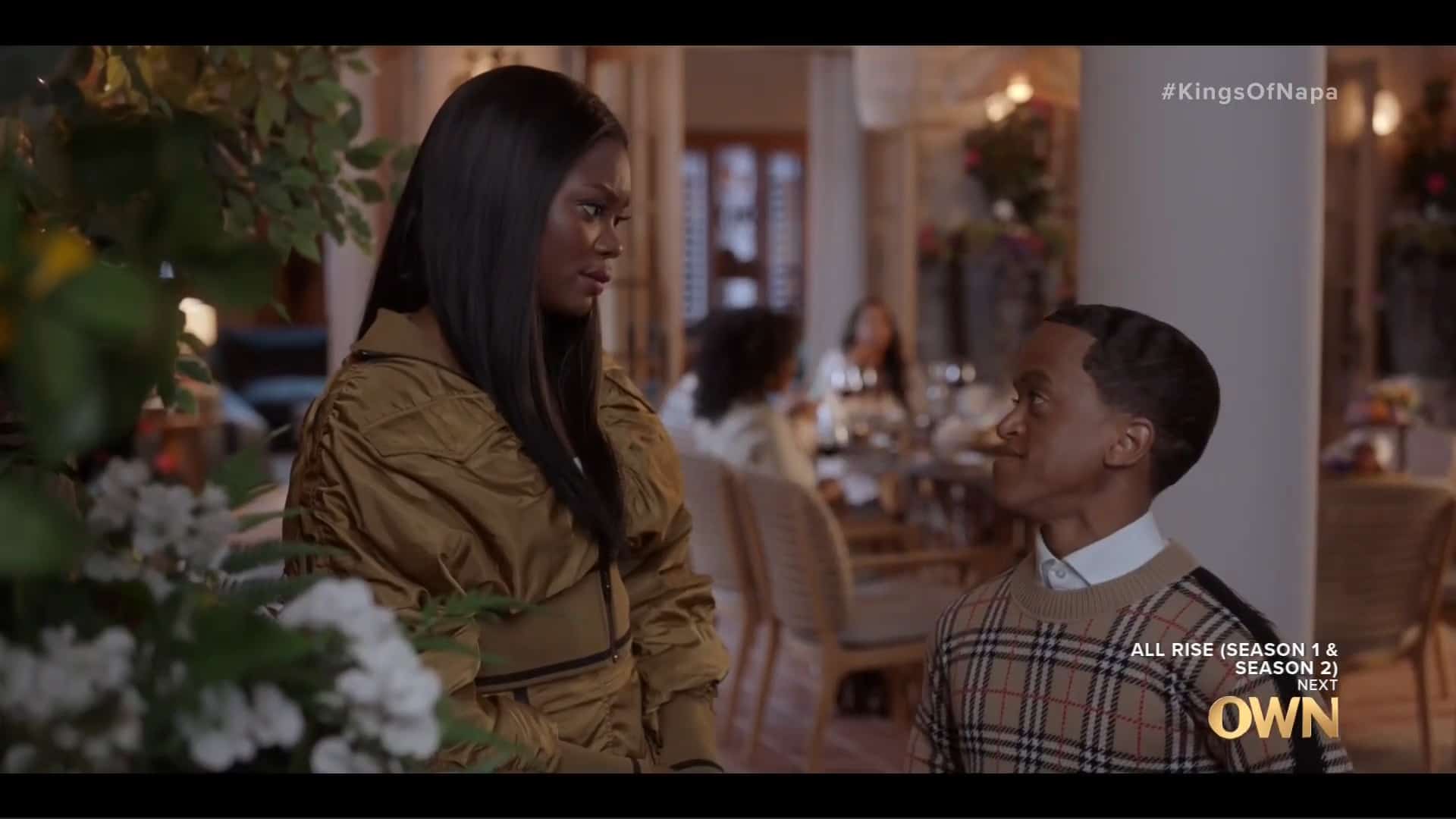 The potential blackmailer has been caught but, solving that problem doesn’t mean the rest of the Kings’ family issues are suddenly resolved.

The Lives Of The Family Black Sheep – Melanie, Dana, Vanessa

For all of Melanie’s life, she has lived in Vanessa’s shadow. She was the chubby sister and often overlooked or compared to the homecoming queen. Because of this, she bonded with Dana, who is a little person and often othered.

Which in this episode leads to some issues due to Dana using his bond with Melanie to slight his mother. For with Vanessa believing Melanie is attempting to drive a wedge between her and her son? Oh, this leaves her flustered and Dana all too tickled.

Middle Finger To Them All – Dana, Vanessa, Melanie

However, things come to a head when Melanie arranges for a magazine known as Asset Makers to come to the house and interview Dana. At that point, he decides to show his whole behind and call his mom a housewife and play down his family members, which naturally leads to a lot of infighting.

The messed-up part is that this gets caught on camera, and with that, there is a need to freak out a bit. However, Vanessa has friends in high places, and the recording of the family bickering gets erased. Thus bringing him back into the fold and her forcing him to choose her side over Melanie’s.

With the malpractice suit people moving to Austin, Texas, and the other person seemingly not panning out, all eyes are on Otis. This is welcomed the information, but it is complicated by a few things. First, there is Bridgette revealing to Vanessa that the family is even being blackmailed, and there is also August not believing it is Otis.

Now, regarding Vanessa, the blackmail thing is yet another secret kept from her, and you know how she feels about secrets. This one, though, just makes it feel like there is one escalation after another and add in learning Quincy isn’t security? She is worn out from all of this. But what doesn’t help is Melanie revealing that Reginald was ready to leave the country with his family, and even got fake passports for everyone. Information that Vanessa confirms by going into one of Reginald’s cigar boxes.

Switching over to the Otis accusation, what points towards Otis being the culprit is that he has far more money than the Kings pay him, never mind Sean and Shawn, who are their competitors and Bridgette’s new employers. Also, with him working for both companies, and Sean and Shawn recently receiving threats of blackmail too? Too much adds up to him being the one.

But, for August, naturally, the idea of calling the cops on a Black man doesn’t settle right with her. Especially one who has been family for so long. However, with Bridgette reporting that Sean and Shawn had Glyphosate found on their land, which was the threat of what would happen if they didn’t pay, Dana doesn’t take a risk. Cops are called, Otis runs, and that gives him all that he needs to see and August, to a point, as well.

There is a problem with the decision, however. Christian, who finally gets Bridgette to advise him about how to treat the grounds, goes into Bridgette’s bag, looking for notes, and discovers Glyphosate in there. Which leads to the question of whether she is the blackmailer of both farms, just Sean and Shawn, or poisoned them to take out Otis and make her all the more needed?

It’s hard to say, but not as hard to figure out whether Kelvin is playing August or not? For one, he isn’t really pursuing her as she would like, and two, that wedding ring still hasn’t been sold, put away, or hidden. The reason? Well, Kelvin takes into consideration his history with August and her family. He was in foster care before they helped out, and what he never wanted was it to feel like he was taking advantage of them, reliant on them, or with August because he needed to or the convenience. Hence him going to school across the country and becoming his own man. But, as for why the hesitation now? He has a kid, and with getting a divorce, he wants to make sure what is going on is real before making a leap into something new.

Dana Getting Into The Petty Game 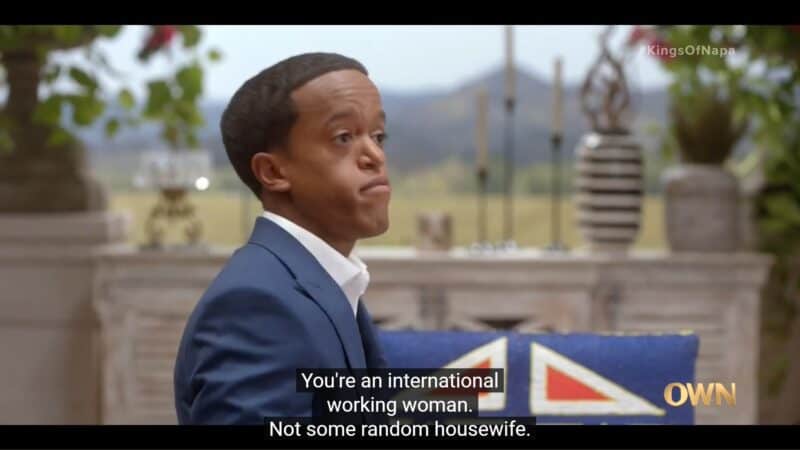 Just when you thought Vanessa could never be outdone, Dana shows he has learned a thing or two about being petty and that it may run in the genes. For with the way he used Melanie against Vanessa and diminished her into simply being a housewife? Which, for clarification, is very much a stressful job, but the way Dana puts it? You know it is meant to be an insult. To me, that did push this show more and more towards being a dramedy, but would that really be the worst thing?

Alongside August and Kelvin, Christian has stumbled a bit as a character. His storyline with Otis is weak, him potentially being a player seemingly isn’t something they want to focus on, or him proving himself in general. But, there is hope, with him learning what Bridgette might have done, he’ll seem less like a benched character and may get on the field and show his worth.

Considering all Melanie went through in the first three episodes, you could rightly criticize learning Dana and Melanie are/were super close. However, I do like the idea of her loving him because he is the black sheep of his family, just as she was. But, this reveal also allowed us some sense of who Melanie is beyond the aunt who is always on the go. It opened the door to speak on her childhood issues with Vanessa and give her an identity beyond being someone’s sister or mom in a way. Not to the point we got with Rose, but it was something.

Which makes Dana seemingly dropping her for his mom, the first chance he got, unfortunate. 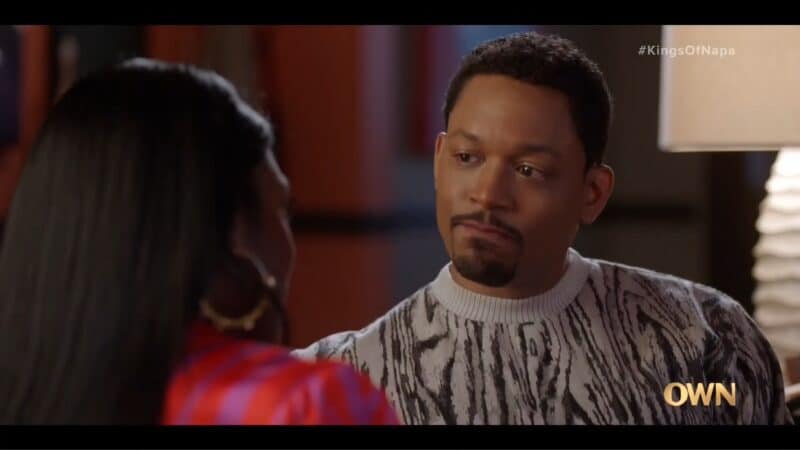 As a couple and as individuals, August and Kelvin are flailing. Kelvin, who revealed his past and why he distanced himself from the Kings and August, didn’t boost himself in our eyes. He remains very suspect and the type of character who doesn’t present any quality drama. If anything, he brings down August, mainly since he is the only character she interacts with who doesn’t dominate her in the scene.

Take note, August might be the president of her father’s company and is presented as the lead character, but does she present that to you? What makes her notable? What has her as a character to watch? Nothing really – All the interesting storylines and performances either don’t include her, or she is just reacting to a situation someone else started and often has taken control of.

The only time she is on equal footing with another character is Kelvin, with who she shares one of the weakest storylines with. So here is hoping these two can do something beyond coasting because everyone is passing them and Christian, with him learning Bridgette’s secret? He might just fly by them next.

The Kings of Napa Directory

The Kings of Napa: Season 1/ Episode 4 “Dear Wine People” – Recap/ Review (with Spoilers)
Overall
The Kings of Napa is starting to settle and establish what it wishes to give fans and how it wants to explore characters. Now, unfortunately, its lead remains a bit hollow, but considering the boost given to Rose, what’s pending for Christian, and how most of the family has found their niche, maybe there is hope for August. It’s just being delayed?
Highlights
Dana Getting Into The Petty Game
Potential For Christian
Disputable
Melanie and Dana's Relationship
Kelvin and August
78
Subscribe to our mailing list Follow Wherever I Look on Twitter and Instagram, Like us on Facebook, and Subscribe to the YouTube Channel.