Shaun finds himself confronted with the idea of being alone as he works with a patient who has autism, and a relationship, as well as Lea and Dr. Glassman asking for space.

Table of Contents show
1 Mommy Wasn’t There: Grace, Sunny, Teresa, Dr. Park
1.1 Commentary
2 If They Can, Why Can’t I?: Javi, Lana, Shaun, Morgan, Lea, Jake
2.1 Commentary
3 I Don’t Need Another Doctor: Dr. Glassman, Shaun
3.1 Commentary
4 Question(s) Left Unanswered
5 Highlights
6 Low Point
7 Follow Wherever I Look on Twitter, Like us on Facebook and Subscribe to the YouTube Channel.
7.1 Check Out Other TV Recaps

It has been awhile since we had guest star patients who so heavily nodded to the lives of the doctors, but that changes in XIN. Well, at least for Shaun. When it comes to Dr. Park, he is paired with Grace, Sunny and Teresa. The story here is Sunny, a traditional Asian mother, has long had issues with her daughter Grace for choosing singing over something practical for her vocation. She, according to Grace, didn’t even take note of Grace getting into Julliard – a highly competitive school for performers to get into.

The lack of support caused Grace and Sunny to not talk for 15 years and Sunny to form a bond with a woman named Teresa. This bond, while not a replacement for Sunny’s relationship with Grace, did help Sunny deal with the loneliness which came from her daughter’s absence. But with her mother’s mechanical heart acting up, and Grace still on her emergency forms, Grace and Sunny, with encouragement from Teresa, heal old wounds. Making it so, after her complicated operation is a success, they can maybe pick up where they left off. 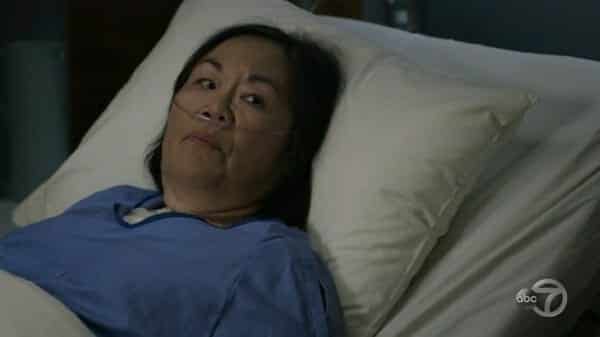 First and foremost, when Sunny revealed she was in the back during one of Grace’s concerts and crying, that messed me up so bad. But a part of me felt that this story didn’t really match where Dr. Park’s life is. In my mind, having him connected to this story would have made more sense if him and Kellan still had a contentious relationship. Not to say, with their relationship healing, Dr. Park trying to talk to Grace about forgiving her mom, and him speaking to her as he hoped someone would speak to Kellan is lost on me. It’s just, with Dr. Park being past that point, it lessened the impact he could have had.

But, I must admit, I loved how a sense of culture came with these guest stars. If it wasn’t Dr. Lim speaking Chinese to get information about Sunny’s heart, it was Sunny presenting the familiar take on immigrant parents not supporting the arts. Thus leaving their Americanized child feeling conflicted between the opportunities they feel they have and the ideas their parents feel will leave their child destitute.

With Lea and Jake having sex in her and Shaun’s apartment, and growing close, Shaun does what he has to in order to not be forgotten – he tries to befriend Jake. Unfortunately for Lea, the times Shaun wants to hang out are awkward and, in general, the situation leaves both sides a bit uncomfortable. However, Shaun was trying to deal with it the best he could. But then he has a patient, Lana, and meets her roommate Javi. Both who are people with autism.

Now, as the saying goes, “Representation matters” so seeing a autistic person who is having sex, and in what looks like a relationship, it isn’t lost on Shaun. Especially since Morgan decides to keep pushing the idea Javi and Lana are in a relationship, no matter what anyone, including Lana and Javi, says. This coerces Shaun to take note of his own relationship history, and while he may not verbalize his envy or jealousy, you can see that working with this patient has brought him to a new level of lonely. 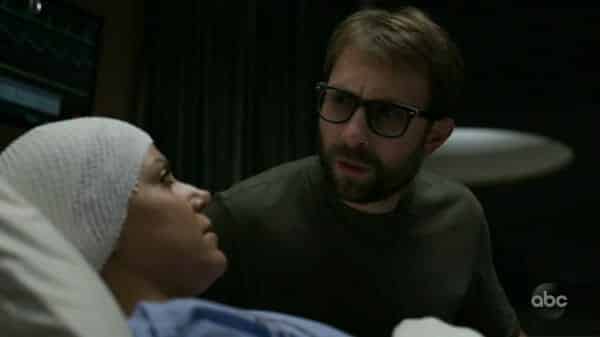 Does Lea not know Shaun has feelings for her? That is the only way I can understand her bringing a guy home and having sex with him – considering she isn’t a quiet lover. But also, let’s note Shaun isn’t close to anyone else and Lea kissed Shaun. Heck, she is probably one of the few women Shaun has had a positive experience with (remember what happened when he was a teenager?). So her utter lack of understanding how she is probably hurting Shaun complicates any love you can have for the character.

Yet, while Lana and Javi may have caused a bit of loneliness for Shaun, since it isn’t like Shaun’s roommate wants to have sex with him, never mind one last time before they get surgery which could kill them, there is hope. Two people with autism found one another, and while Lana doesn’t reply that she loves Javi, when he says it to her, they have something. So, with that in mind, even if a relationship, and sex, isn’t at the forefront of Shaun’s mind, it’s clear it is possible. Maybe not with Lea, now or forever, but there is someone out there. Just hopefully nicer than that girl who made fun of him when he was a kid.

Leading to the question, did that experience maybe turn Shaun off from pursuing romance? Heck, could the way Lea acts with Shaun further make him feel he isn’t ready or lovable enough for it? For while Lea isn’t making fun of him, surely the rejection of not being chosen and Jake not being some drummer who Lea is having a fling with is being noted.

Lea being wrapped up in Jake makes it so Dr. Glassman is all that Shaun has which is unquestionably his. Making Dr. Glassman pushing Shaun away when he could need him hurtful. For at the end of the day, Shaun only has Lea and Dr. Glassman, and if neither need him, that means Shaun doesn’t have anyone. Yeah, he may have colleagues but, as said repeatedly, they are nowhere to be seen when being around Shaun requires effort.

But, luckily, after Dr. Glassman blows up at Shaun, he allows Shaun to comfort him, if not give what little comfort he can to Shaun after nausea and vomiting, as Shaun comes to terms with where his life is at. That is, a woman he lives with, who he likes, maybe loves, not feeling the same. Then, the man he has known since he was 14, and has been the closest thing to a father to him, dying. Maybe not immediately, but with cancer and chemo comes a notice that Dr. Glassman won’t be around forever. 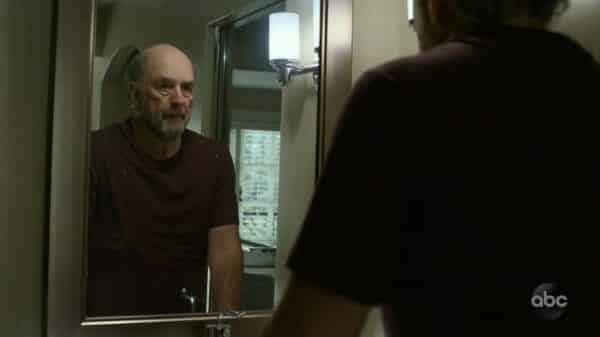 It isn’t clear or confirmed if Dr. Glassman will die, but it seems fated to happen. If just to push Shaun to form connections and reach a new stage of his life. Which, I know, is terrible to imagine, the only thing to push Shaun out of his comfort zone is his closest friend dying. However, there is a need to recognize Dr. Glassman is a crutch who really doesn’t want to be one anymore. Also, while we’re aware of Dr. Glassman’s situation, currently, who is to say viewers may not one day become as unaware to Dr. Glassman’s health as Shaun? That he may hide getting worse and spring it on us that his cancer metastasized?

Mind you, this isn’t me saying I want Dr. Glassman to die, but I recognize part of Shaun’s journey has to include this. For this is Shaun and Dr. Glassman’s full circle moment. If Dr. Glassman has been watching after, or directly taking care of Shaun since he was 14, this is Shaun trying to repay Dr. Glassman. So it seems fitting, after the tumultuous relationship they had, Shaun hands off Dr. Glassman to be with his daughter and, in her own way, she thanks Shaun for looking after her dad in her absence and probably stepping into his life when he needed to take care of someone.

All excellent points!! And, according to TVLine.com, Daniel Dae Kim is going to be joining the show for 4 (I think) episodes as the new Chief of Surgery soon. And while I really like him, there’s another character to focus on, most likely reducing screen time even further for Claire.

And my thing was, it’s not like Claire, as a character, wasn’t a asset to this show. She was one of the first to be kind to Shaun, had a relationship which was complicated, the Dr. Coyle thing, and so much promise. Now she has been pushed aside for the newcomers and while Morgan is doing wonderful, I’m cool with Dr. Park moving back to Arizona at this point.

I’m not as hard on Lea as you are. Yes, she realizes Shaun likes her. I think that’s the main reason she didn’t want to share an apartment with him. She tried saying no to that, but Shaun kept pushing her. She tried warning him she would be bringing guys home, but Shaun still kept pushing her until she finally gave in. And she did tell Jake to stay in her room. So I think Lea has a right to bring Jake back to the apartment and have sex with him. But she should be quieter when having sex, just out of politeness.

I enjoyed watching Dr. Lim speak Chinese, too! And I’m with you that the story line with Grace and Sunny didn’t really connect with Dr. Park and Kellan. Remember when it was Claire that used to go to the family and talk to them about these deep issues? Now she just sits on the sidelines, saying things like “if you need me, I’m here for you” and, as you said, is “alone in her apartment playing the guitar”. Ugh!! Also, I am starting to feel like Dr. Park is getting shoved down my throat at the expense of Claire, whether he’s mini-golfing or comforting patients’ families. Did I mention I miss Claire?!?