With a mistake which could lead to a lawsuit and another a child’s death, it seems more people might be visiting Dr. Mohan – alongside Jessica.

Table of Contents show
1 Previous Recap: Episode 8 “Apple”
2 A Life Coach: Dr. Glassman, Shaun, Claire, Dr. Melendez
3 A Missing Specimen: Jessica, Claire, Dr. Andrews
4 A Child In Dire Need: Dr. Melendez, Shaun
5 Other Noteworthy Facts & Moments
6 Question(s) Left Unanswered
7 Highlights
7.1 The Future of Medicine
7.2 The Return of Dr. Andrews
7.3 I’m Not An Invalid, I Am Just Still Learning
8 On The Fence
8.1 How Many Victories Can Be Had?
9 Catch Up or Follow Along: Here [External]
10 Follow Wherever I Look on Twitter or Like us on Facebook.

Being that Dr. Glassman worries to the point of coddling, yet knows there is but so much he can do, since mortality is a factor, he really wants Shaun to get a life coach. Problem is, 1: Shaun doesn’t want a stranger entering his life and filling that capacity and 2: He finds the idea insulting. For it really makes him feel like he is being given up on. I mean, look at Shaun! He is an increasingly accomplished surgeon and maybe a little slow to picking up social cues, but he is starting to get it.

Heck, thanks to a few pointers from Claire, he is starting to understand flirting. Albeit, thanks to his savant syndrome, maybe a bit too well – in the form of recognizing Claire has a crush on Dr. Melendez, but isn’t that a sign? Shouldn’t that prove that just a few pointers from those in Shaun’s life and he’ll be just fine? Why hire someone who will make him feel like he is taking steps back instead of forward?

When something goes wrong, who is to blame? Heck, who should be the one searching for it? At the end of the day, someone made a mistake and all parties involved will get investigated once a lawsuit is put into motion. But, even with that in mind, Dr. Andrews thinks of it as someone else’s problem. Which bothers his wife Isabel so much. Not just because her patient has become his patient, but because it is another red flag in the issues of their relationship.

One in which, in pursuit of becoming president, he has seemingly forgotten his marriage. Alongside that, he has let his humanity slip a bit. Leaving poor Claire, who feels so deeply, running like a chicken with its head cut off and questioning everyone who could have handled the misplaced specimen. Leading to her slipping up and apologizing for what happened – thus leading to the need for Jessica to get involved.

And even when Claire finds the specimen, a lawsuit is still given to the hospital. But, at the very least, Isabel was able to get through her husband’s thick head that a problem for his patient isn’t someone else’s problem just because he didn’t make a mistake. A lesson which surely will be valuable if he ever gets to become president.

Dr. Melendez isn’t a man with much of an ego. He doesn’t have the strongest desire to be considered the best or to present himself with impossible challenges. Especially the kind of challenges which have publicity behind them and can create quite a bit of money for the hospital. So despite his patient being a child, much less his mother speaking of seeing Dr. Melendez in a vision, he doesn’t want to operate on the kid. Heck, even when Shaun comes up with his usual idea that could only purely stem from his savant syndrome, Dr. Melendez still isn’t convinced.

However, with the mother pushing and pushing, even to the point of withholding her son’s medication to keep him in the hospital, Dr. Melendez decides to give it a shot. First by doing the surgery in a virtual environment to work out the kinks, and then performing the real thing. Thus leading to a miraculous success.

The Future of Medicine

Like many, television for me acts as a sort window into lives and occupations that aren’t part of my everyday life. Also, it is how I get educated on certain topics and aspects of people’s lives. So to see this virtual reality surgery Shaun and Dr. Melendez was doing, my eyes were wide open. But, considering how much time the cast seems to have before some surgeries, I’m surprised this gadget is just now being pulled out. Especially since the stakes are always high.

The Return of Dr. Andrews

Dr. Andrews abrupt disappearance was very noticeable. Especially since he was the first of those skeptical of Shaun to open up to him. And while Dr. Melendez has picked up the baton, what compares to your biggest critic praising you? Much less, seeing that his prejudice was unfounded?

Plus, I gotta admit, with the pattern we are seeing on this show, there is this desire to eventually see Dr. Glassman retire, quit, get fired, maybe even pass away, and Dr. Andrews take over. Which isn’t to imply we are given any reason to dislike Dr. Glassman. More so, as he continues more and more to try to prep Shaun for when he isn’t around, it almost seems like foreshadowing. Especially as he begins to hold Shaun accountable for his actions and try to find someone who could take up the role he has in Shaun’s life.

I’m Not An Invalid, I Am Just Still Learning 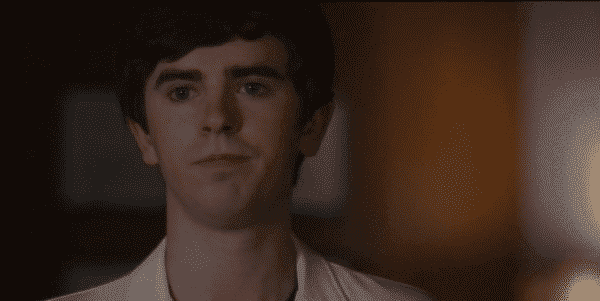 While I still do not fully understand why Shaun is just now being tasked with learning social skills, when college would have been the best time, it doesn’t take away from watching his process. Especially in terms of his relationship with Claire allowing him to learn about people. In the case of this episode, originally it was to learn about how Lea is flirting with Shaun but it evolves to Shaun learning about how people flirt period. Like Claire with Dr. Melendez.

And with this in mind, it really pushes this idea of the hurt Shaun probably has when it seems this man who practically raised him is giving up on him. I mean, has he not proved to Dr. Glassman’s peers he is capable of doing the work? So why is it now, after winning over Dr. Andrews and Dr. Melendez, now Dr. Glassman is trying to make it seem he is incapable of living a full life?

I mean, yeah, Shaun knows he is kind of weird but like anyone else, doesn’t he deserve the ability, the leniency, to learn from trial and error? Something which, the way it seems, he, and many autistic children, apparently don’t get the opportunity to do? At least if you take note of recent portrayals but non-autistic actors.

How Many Victories Can Be Had?

It’s kind of weird to watch shows like this. Naturally, the hospital staff can’t have patients dying one after another. That means lost revenue and maybe getting closed down. Yet, at the same time, it is hard to not build up a tolerance to one sob story after another, be it from the patient or the main cast. Even when it comes to a character’s background, like Dr. Melendez, we haven’t heard before.

So it makes me wonder can the show keep upping the ante or level off for the rest of the order count? Or would this show have been better off with only a 10 or 12 episode season? Either way, I think we are overdue for a Steve visit if not Evan popping back up.

Again, I apologize for commenting so late after you’ve posted the recap. But I agree with your assessment of them trying to push Dr. Glassman out the door. Are the writers going to have him suddenly reveal he has cancer? Did the actor (I forgot his name) only want to do 10 episodes? I feel like something will pop up about this pretty soon. Great recap!

Thanks! A part of me wonders if it was like that for Dr. Andrews as well. He disappeared, without a word, as if this show wasn’t prepped to be a hit at all. It should make everything after the mid season finale interesting.