As Robyn gets involved with a rap beef, we learn Delilah may have a special friend, and Harry tries to figure a way to do the work he loves without getting caught.

In this episode’s case, Robyn isn’t helping the little guy but rather a famous rapper named Dilemma, whose family is trying to prove he didn’t shoot his rival Dre Bids. The problem is, Dilemma confessed to the shooting/ murder, and no one can or is willing to refute his claims. So, Robyn and Dante are on the case, and they talk to his son Daoud, the protégé of Dre Bids, Brawlah, and have Harry and Mel work on the tech end of things.

With Delilah’s latest crush, Cameron, talking about not going to college, that brings Delilah to the thought of not going as well. It’s an idea that isn’t taken well in her household, and even Cameron questions it a bit. After all, while Cameron fears debt and a path to places that want his money but not necessarily him, Delilah is different. Her world, crafted by Aunt Vi and Robyn, was made for her to go to college, succeed and she has access to a certain amount of privilege he doesn’t. Which leads to Delilah still very unsure about college but with her and her family liking Cameron, there is one thing she is sure about.

And I Would Have Gotten Away With It Too – Brawlah, Robyn, Dilemma, Daoud, Nasir, Harry, Mel

So who really killed Dre Bids? Well, his protégé. To make a long story short, Brawlah’s rise depended on Dre Bids and Dilemma beefing alongside their crews. So with Dilemma seeking peace, after his son, Daoud, got jumped by the Shotta Boys, that means for their labels and Brawlah, an end to a very controversial but lucrative situation.

Hence Brawlah sent texts, with a burner phone, to Dilemma and Dre Bids that would make it appear both were trying to set the other up and keep the beef going. What he didn’t plan for was Nasir, Dilemma’s 2nd son, coming to the studio with a gun and shooting Dre Bids. Yet, seeing this as an opportunity, Brawlah delivered the final shot so that the protégé could rise to the master of the Shotta Boys and take the glory which is their crew to launch his career.

Brawlah confesses this to Robyn after Harry and Mel trace the burner phone text to Brawlah’s side pieces and his mom. Then, to make it an extra dumb situation, Brawlah records himself, accidentally, confessing. However, before Robyn could take him in, Daoud showed up, gun in hand, and nearly escalated the situation. Thankfully, Robyn takes control and shuts that down, but there was a moment it seemed both Dilemma and his sons could have gone to jail.

In fact, we’re left to question what ultimately will happen considering Nasir did shoot Dre Bids, but Brawlah fired the final blow? For while Brawlah gets arrested, it doesn’t appear Nasir is going down, nor is his father getting out.

What’s the point of gaining the world if it means losing your place in it?
— Henry

How The Equalizer handles Delilah is always a curious thing. She isn’t even inching towards being part of her mother’s investigations and thus lives in a separate world, aware of what her mother does regularly. And when you add in Robyn more so pokes her head into what Delilah is doing, rather than get fully involved, it makes it so you could easily see Delilah’s storyline becoming a liability.

Yet, it often is a reprieve. One which reminds you of the normalcy Robyn has longed for and what she is fighting for as well. Now, it isn’t to the point of getting the balance we got in Mr. InBetween, but it is something.

As usual, we get quality guest stars, a quality story for them, and while it won’t have any long-term ramifications because few if any, do, you’ll be left satisfied.

Harry Being Right Back Where He Started

So, one thing not mentioned in the recap is Harry, who sneaks about to use the family laptop, since directing Mel on what to do is hell, getting his old room back, and Robyn setting him up to, likely, be able to work in there peacefully once more. To me, him going right back to where he was, but now having the freedom to go outside, it pretty much makes the storyline he just went through a ends to a means. One in which, seemingly, the show is wiping away any threat to Robyn’s operation and her subordinates.

Thus, I’m left to wonder if this show just has no real care about presenting viable threats or making anyone, or any entity, with a position of power someone worth worrying about. For if Harry’s former location can just be up and running in an episode, and he can go right back to where he was like it was nothing? Should we take anything seriously when it comes to Robyn, Harry, Mel, Dante, or the inevitable threat that will come when Vi and Delilah’s lives get threatened? 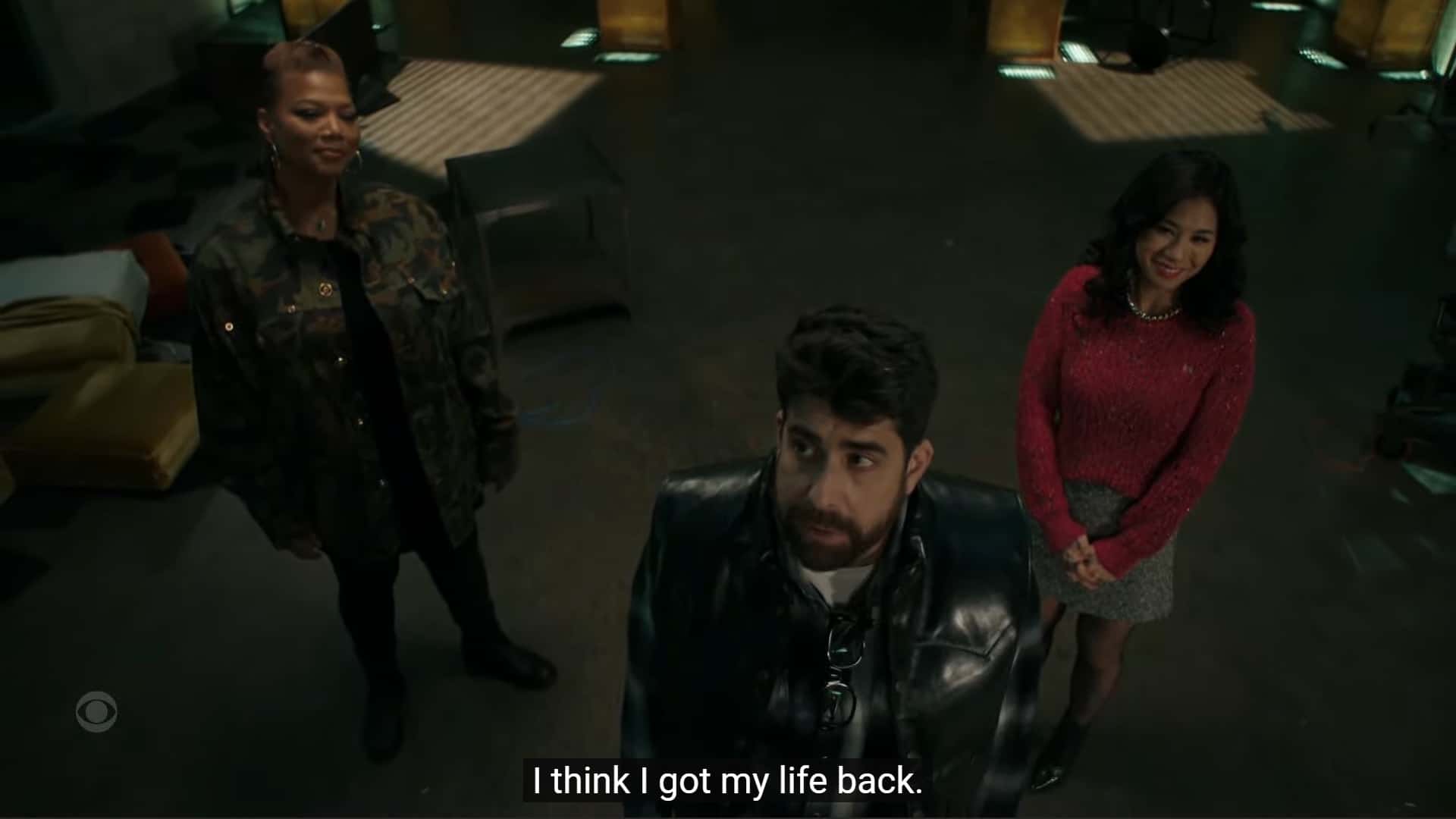 The Equalizer: Season 2/ Episode 9 “Bout That Life” – Recap/ Review (with Spoilers)
Overall
While we enjoy another good storyline from the supporting actors, alongside Delilah, Harry getting right back where he was, but now with the freedom to roam? It just leaves you questions whether anything should be considered a serious threat when the inconvenience would be too much.
Highlights
A Delilah Storyline
The Whodunit Story
Disputable
Harry Being Right Back Where He Started
76
Follow Wherever I Look on Twitter and Instagram, Like us on Facebook, and Subscribe to the YouTube Channel.