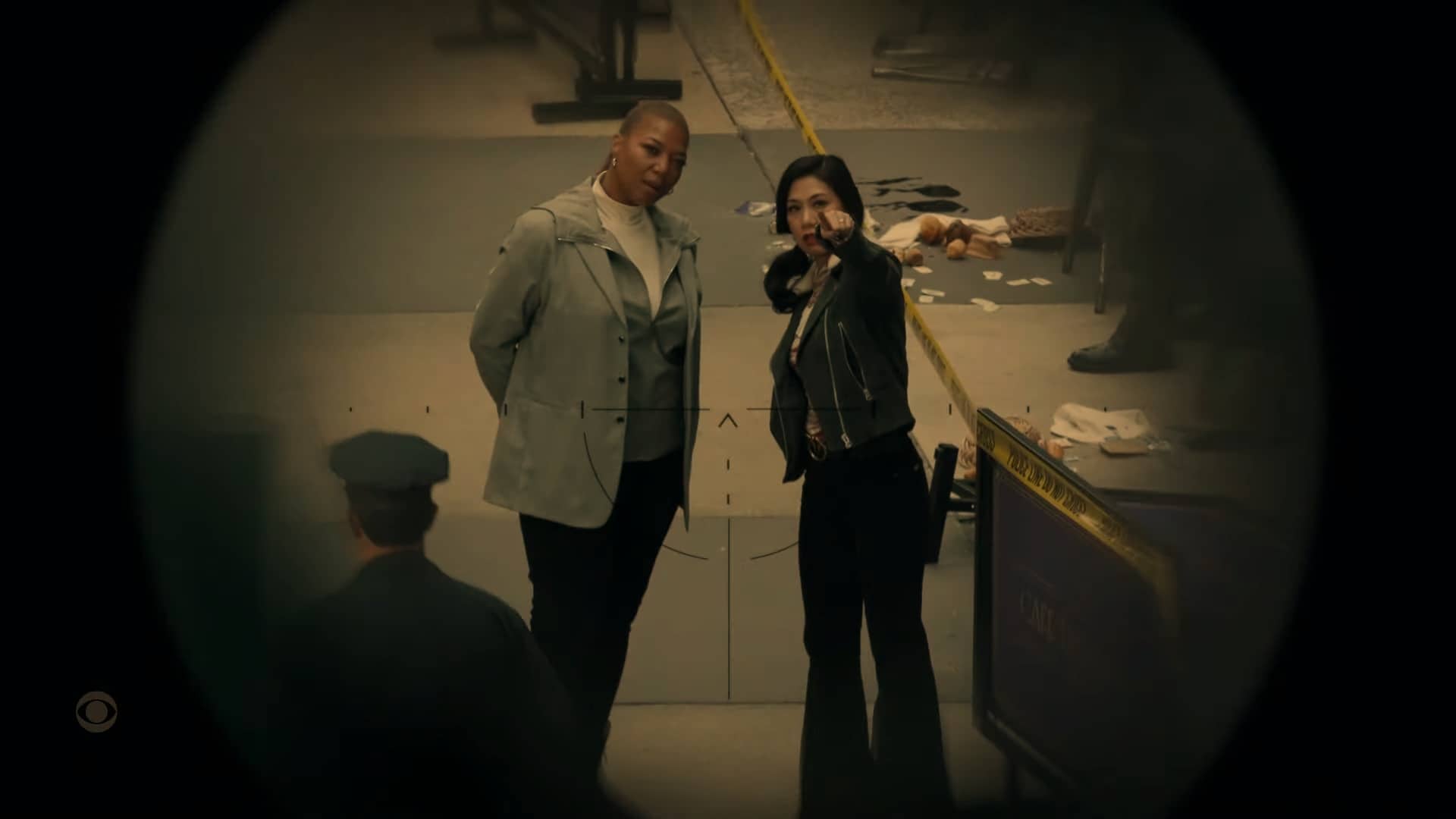 As Mel’s past becomes necessary for a rogue sniper case, Delilah deals with the trauma of her best friend getting shot and dying in front of her. 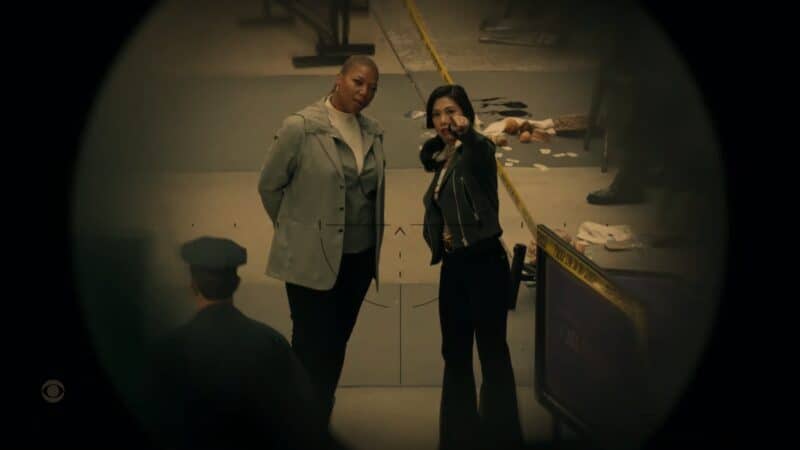 In New York City, someone is shooting random, unconnected targets, and with three people shot over the last three days, many are on edge. However, Delilah, feeling cooped up, wants to leave the house, and with still feeling guilty from keeping a secret from her for so long, Robyn compromises with Delilah so that she may go to her friend’s house.

What is said compromise? That Delilah does not leave her friend’s house, and either she or Aunt Vi take her there and back. Now, naturally, Delilah doesn’t fully honor her part of the deal, but she just goes to a park across the street in her defense. However, the loud banging noises get to Delilah to the point of ending up in the fetal position and Robyn needing to be called.

Seeing her daughter like this breaks Robyn, and while she is on the case already, leaving her daughter behind in such a vulnerable state is hard. But Delilah understands people need her mom to do her job. So, Robyn postpones their talk until later where she introduces Bishop as someone for Delilah to talk to.

With Robyn’s focused split, it means Mel has to step up, and part of her doing so means talking to her sniper trainer, Erickson. He is an old-school, 30-year trainer who allegedly uses Mel’s inability to follow an order in the past as an example of what not to do. But, despite him tarnishing her name, Mel’s record speaks for itself and trumps whatever her former trainer says.

But, time is of the essence, and considering DA Grafton was desperate enough to call Robyn and her team in, the reunion between Mel and Erickson is short and to the point. She needed names of his students over the last year to cross-reference data Dante got from the NYPD so they can hone in on this sniper who is perplexing.

I Got Eyes On You – Robyn, Mel, Silas, Dante, DA Grafton, Harry

That is until they discover a man named Silas, a veteran who was honorably discharged but with a note saying he has mental issues. Which, all things considered, he does. However, take note, he is someone with mental issues who went on 5 tours, two in Iraq and three in Afghanistan, and now his wife is divorcing him, putting a restraining order on him, and has full custody of his kid. Oh, and did we mention he went from being a sniper to a janitor?

All of this overwhelms him and sends him on a calculated spree to get revenge on the City that took his child from him. But, unfortunately for him, Mel catches his tail, and while the two tussle, the combination of Mel, Harry’s surveillance, and Robyn’s timing leads to Silas’ spree ending and DA Grafton thanking Robyn. In fact, she even offers her an unofficial capacity, but Robyn denies them due to her independent work. Even if she likes working with Dante openly. 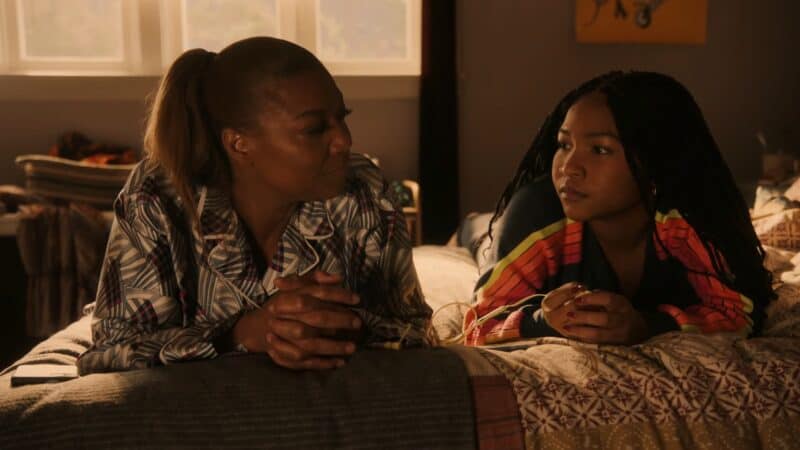 Delilah is really the heart of the show. At least, she is the heart when it comes to showing a different side to Robyn and presenting a sense of family to the show. In a way, it almost reminds me of Mr. InBetween, but not as well crafted, in terms of showing Robyn as this brutal former CIA agent who can kill or whoop someone’s ass without hesitation, yet still be a mommy and reassure her daughter at the end of the day. If not just with her aunt, or go back and forth over how to parent a child.

I’d add Harry and Mel to the mix of relationships I like and appreciate. Yes, they are an odd match. However, something about them seems loving in a way that doesn’t need to be grandeur. They have a friendship as their base and enjoy each other’s company, and a love which may not be showy, but that doesn’t lessen the passion or chemistry. Simply put, they love each other for reasons they understand, and if you get to watch and listen to them enough, it allows you to see an intimacy that goes beyond PDA and is about being committed for the long haul.

Getting Some Of Mel’s Backstory

While we know Mel is a sharpshooter with military training, getting a taste of her background, seeing her take the lead and Robyn be the support, it was a nice change of pace. Also, it makes you appreciate who she is and what she gives to the operation more. For now, she doesn’t just seem like someone that owed Robyn a favor but a full-fledged member of the team who can take the lead, use their network, and bring justice.

The Equalizer: Season 2/ Episode 6 “Shooter” – Recap/ Review (with Spoilers)
Trajectory: Plateau
Between the relationships of Robyn and her daughter, Mel, and Harry, and seeing how the past affects characters in their present, "Shooter" keeps The Equalizer going in the right direction.
Highlights
Robyn and Delilah's Relationship
Harry and Mel
Getting Some Of Mel's Backstory
Disputable
83
Follow Wherever I Look on Twitter and Instagram, Like us on Facebook, and Subscribe to the YouTube Channel.