So, did we lose Otis, and if we did, who killed him? That’s finally revealed, and the person holding the gun isn’t who you may have expected.

So, Laverne, Brandon, and Coogie’s mom, shot Otis and it appears Otis shot Brandon out of fear he was gonna talk. So that explains why and how all of that went down. However, Laverne didn’t get the job done, so Otis will live to see another day, and while he recuperates, Roselyn proves herself as a valued member of his team and life. Though, Otis doesn’t like her flexing her muscles whatsoever. 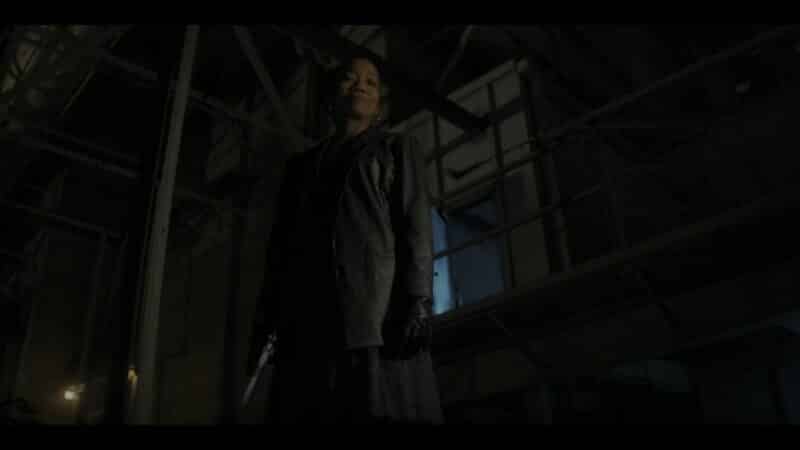 But beyond Laverne, another member of Brandon’s family returns. A representative for Hannibal, one of the many cousins in the family, meet with Tiff and Dom about their edible business. Which Dom has been slowing the expansion of by asking questions because someone has to. Though with Hannibal’s rep giving all the right answers, a deal is in the making.

Something For Myself – Christian, Kiesha, Maisha, Papa, Octavia

After Maisha’s rap goes viral, she has gained magazine attention, and Papa, seeing that he believes he stands side by side with his lady, uses her feature to advertise himself. This doesn’t sit right with Maisha, for it was her moment to shine, solo, and so comes trouble between the two. Mainly neither wanting to be in the other’s shadow yet that dance seemingly being in their relationship. So, Papa says they should strictly have a personal relationship, not a business one, to solve the problem. Maisha agrees but adds on having some space, and the way she says this might be playful, but it appears it should be taken seriously. Switching to Kiesha, she is dealing with a mental shift. Now she is unsure about giving her son up to Octavia and is even thinking about asking for him back. Also, Christian, the guy at her job, she goes on a date with him, and it goes well. In fact, he is very understanding of her trauma and really makes an effort to make her feel safe and comfortable.

Before Papa’s own relationship went south, he tried to mend the one between Kevin, Jemma, and Jake, to no avail. For with Kevin not ready to hear why Jemma decided to be with Jake, he ends up storming off. But, unlike before, without hitting Jake or a teacher – which got him expelled.

He isn’t the only one in trouble, though. Nina and Dre’s relationship is in trouble since, under the impression Dre was cheating with Jada, who is at the point of losing her hair, Nina sleeps with someone played by Da Brat! Which makes her feel like a fool when Dre finally reveals Jada’s cancer diagnosis and breaks down in front of her.

Which leads us to Trig and Imani. With Trig’s old friend gone, they are on better terms but still progressing towards being on good terms again. However, what helps is when they meet up with Otis, who is starting to feel his trust circle shrinking, Imani and Trig are there, and Trig doesn’t dismiss Imani. Also, when she talks about having some things in exchange for loyalty, Trig lets her talk and negotiate for what she wants.

Blasts From The Past

Seeing Laverne, having Hannibal’s name invoked, it just brought warm feelings. All we’d need now is Jerrika’s family, since we know we won’t get Jerrika, coming around because they got a stake in this Olympics thing.

Dom & The Art Of Negotiation

The importance of Dom not taking that first deal, to secure the bag, is because that’s how a lot of bad deals happen. In desperation or excitement, because someone recognizes you could make them money, you don’t realize they are giving you the minimum they think is required to placate you while they reap the benefits. Something that happens with entertainers, as well as business people. So Dom asking questions, slowing things down, and trying to get Tiff to think with a critical mindset showed how you can keep a character and evolve them. Rather than their purpose seemingly being filled with drama or them acting as a remora to a bigger character or storyline.

What we love about how Trig gave the talk to Jake is that it was more about emotions than the physical act of having sex. Too often, the physical, the potential of pregnancy, and STDs is the main point, and the emotional is handled on the backend. But, generally speaking, most schools handle the physical part but don’t touch upon the emotions involved, so Trig aiming for that seemed to respect Jake knows about the birds and the bees but relationships? I think speaking of the emotional aspect acknowledges Jake didn’t really have a good example of that until Trig and Imani came into his life, and he probably was already messing around by then, it’s just now he got caught.

Vulnerability, Even If It Didn’t End Well

For nearly every couple on the show, there was a moment where there was a sense of vulnerability. Which is something The Chi has always been good at, in terms of showing the majority of their relationships as meaningful. So watching Kevin come to Papa’s makeshift Red Table Talk, Emmett and Tiff sharing a moment, and more is appreciated. It pushes you to remember that, amongst the drama of someone being shot, and the cheating, these characters are supposed to be real people, and real people are immensely complicated.

Which, in order to navigate the different personalities and backgrounds, means difficult conversations. Some of which will be uncomfortable, unproductive, but at least show some attempt at mending fences and building bridges. One example is Imani and Trig, who have had to have multiple conversations to get to where they are now because Trig and her didn’t see eye to eye. However, now he is focused on what matters to her and supporting her as well. So, they have the potential to flourish. Just as we saw with Emmett when he needed Dom to get back to work, so out of respect for their working relationship, things were put on pause between her and Tiff for another time.

This all boils down to people not being afraid to say what they want or need, even if it sounds selfish, for at the end of the day, it’s about turning that selfish act into something mutually beneficial.

Dating after the kind of trauma Kiesha has experienced can be difficult not only because of what you went through but because trekking a path forward is immensely difficult. As shown in The Invisible War, intimacy is difficult post a traumatic event, and for Christian and Kiesha, I loved that we got to see both sides. We got to see what one side should do to make the other comfortable and give them space, just as much as what feelings you may get trying to date again.

Truly, while it sucks Kiesha has gone through so much trauma and drama, honestly, in the long term, you cannot deny they have made her arcs worth it and truly have invested in her beyond initial expectations.

Kiesha Wanting Her Baby Back

Do we want Octavia to stick around? Absolutely. However, I was so hoping it would be in the form of Kiesha having an unofficial shared custody agreement. If not, not being the legal mother, but still being in her son’s life. However, whether we may end up at such a place is debatable. Mind you, Kiesha hasn’t been given any notable red flags when it comes to Octavia, but it does seem clear that as Christian comes into her life and begins to have her open up emotionally, it is making Kiesha realize the moments she might potentially lose if she truly lets her son be raised by someone else.

In an hour episode, it felt like an hour and a half because of the lessons, examples, and the performances we got. Thus showing while The Chi still has a few characters it could kick to the curb, it remains one of the top programs on Showtime and definitely one of the top programs showing the Black experience in America. Whether focused on race or not.