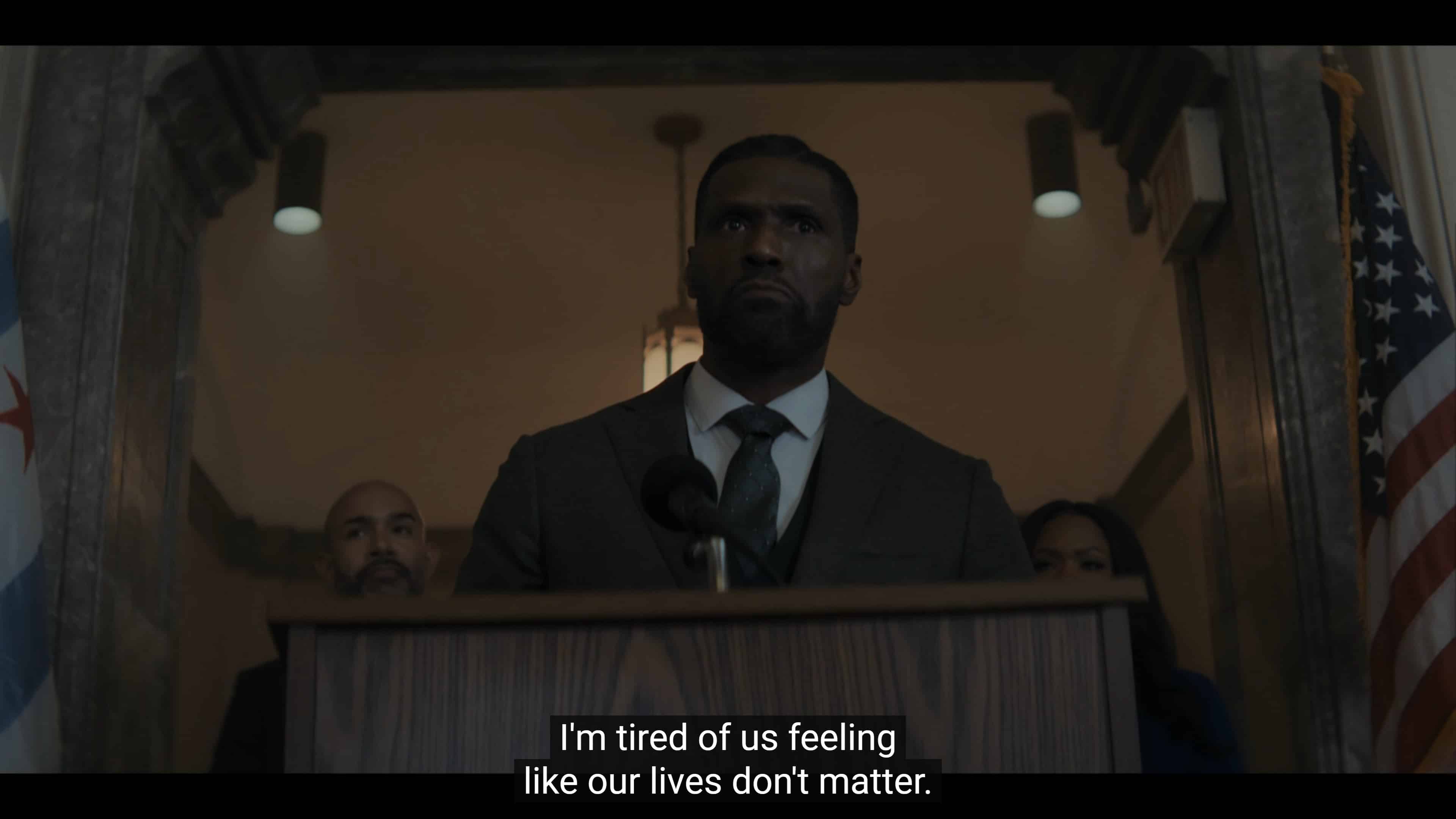 A lot of people’s lives take a turn for the worse this episode, and while some have good reasons for what they did, others? Well, it is just time to face the consequences.

The truth comes out! Emmett tells Tiffany that he slept with Dom, so she sleeps with her best customer, Dante, who has been trying to get up in her for a minute. Now, whether this is just tit for tat and they are even, or this is the beginning of the end? The word is still out.

However, with Jada’s new beau, Suede discovering a lump on her breast, the mutual love for Jada might be what brings those two back together because you know EJ doesn’t have that kind of power.

Who Is This Up In My House? – Imani, Trig, Shaad

Right now, things are good between Imani and Trig. They have a system when it comes to Jake, Imani has her business, and Trig’s doesn’t interfere or threaten hers. However, with Trig offering his boy Shaad, fresh out of prison, a place to stay – his home with Imani? Oh, that causes problems.

Why? Well, this wasn’t discussed with Imani, to start off, and Shaad ain’t no quiet dude. He likes to drink, smoke, and with him taking a bid for Trig, he seems to plan to get all he can get from what he is owed. So, expect many arguments in the future, including Shaad looking at Imani in ways that make her uncomfortable.

After Jake’s assault by police, Otis starts getting aggressive against the police, including firing the one who assaulted Jake and saying he will defund the police. Neither Roselyn nor Marcus support Otis’ actions because it could threaten Chicago’s Olympic chances? Also, when it comes to Roselyn, she stuck around this long expecting good on her investment, and Otis pissing off all kinds of people, it doesn’t make her happy.

Though, in Otis’ mind, he won the election, so it is time to stop campaigning and start doing what he was elected to do. Now, if only his son and his friend would do what they were supposed to do on their college tour. You see, Kevin, perhaps overwhelmed by the idea of college, dealing with PTSD, and Jemma, gets messed up during the college tour and kicked off. As for Jake? Well, a white girl named Dakota, from his school, hooks up with him, and while there is nothing wrong with that, as Imani gave him condoms for a reason, there is the need to wonder if this is real or just lust? Never mind, how will her parents react for with all the drama seen in this episode or set up for future episodes? There is the thought she may end up pregnant.

All The Trouble On The Horizon

Let’s count all the things going south: You got Jada with breast cancer, Emmett and Tiffany’s marriage blowing up, Shaad likely to cause problems between Imani and Trig, Jemma definitely feeling Kevin isn’t on her level, Jake messing around with a girl who has spotty intentions, and Otis setting up what likely got him shot. Now, let’s not pretend good things were revealed, like Maisha’s rap skills and Kiesha’s baby being healthy. However, more bad than good was presented, and I can’t say a lot of it seems worth it.

Granted, you could break down each one and put a spin on why it is necessary. For example, breast cancer still is a major killer of Black women, so putting out information about it and what to check for could be valuable. Then with Emmett and Tiffany, there were in couple’s counseling once and could continue. The Otis storyline could show the struggles there are to make radical changes in politics, Jake and Dakota’s storyline could speak on what it means to be in an interracial relationship in modern times, and Kevin? Well, considering all the trauma that boy has been through, if there was ever a case for someone getting therapy, that would be it.

Lastly, there is Trig, Imani, and Shaad. Honestly, because of the way people have approached Imani this season, I have a hard time believing someone won’t do something stupid. Hell, if Imani ends up the one shooting Otis, that would make perfect sense to me. For just the way everyone looks at her, well except Jake, like a piece of meat and she being as uncomfortable as Trig? It makes me think she may have to remind them she is as much of a thug as her man.