Wherever I Look
Recaps, Reviews, and So Much More
Home TV Series The Boys: Season 2/ Episode 5 “We Gotta Go Now” – Recap/ Review (with Spoilers)
TV Series

As Homelander continues to lose the adoration of the public, he becomes desperate enough to turn to Stormfront. Meanwhile, Billy is dealing with Black Noir tracking him.

Frenchie is finally done with Kimiko! After she becomes a hitman for an Albanian gang and willing to become a monster, he seems to no longer want to learn to communicate with her or be with her. Thus finally ending that saga.

However, he isn’t alone in dealing with the end of something. A-Train’s career as part of The Seven ends with the “Dawn of the Seven” movie, which he is upset about, but what can he do? Complaining to Adam does nothing for we all know, at the end of the day, the only one you can complain to is Homelander, which can get you killed.

Plus, as seen with Kevin, while being out of The Seven can suck, you can still have a life. Even if you are basically put into a Tom Cruise like situation where you are given a wife, and people are left to wonder if you are doing things more so for publicity than genuine feelings. But, speaking of feelings, with Maeve being outed comes Vought trying to capitalize and Elena readying to exit. So, in hopes she can get Homelander off her back, it seems Maeve is willing to help Kevin beyond what his church can actually do.

Now, as for what Maeve can do, never mind to Homelander that, of all people, Kevin can assist with? Your guess is as good as mine. With Black Noir instructed to take out Billy, no matter what Mother’s Milk tries, he gets to him. Heck, even Billy’s Aunt Judy, who has a secret drug den, she isn’t able to protect Billy. However, Billy having pictures of Ryan and willing to expose him, that helps him get Black Noir off his back.

As for what led to him mentioning that trump card? Hughie. You see, Aunt Judy reveals Billy had a younger brother named Lionel, who was similar to Hughie. Scrawny, skittish, but also had a way about him that kept Billy from going too far. Making Mother’s Milk comment about Hughie being like Billy’s canary not too far off and possibly triggerings.

In the process of killing one of the terrorists he created, Homelander kills an innocent person, and that goes viral. Due to that, his poll numbers drop by nine, and in a desperate attempt to calm things down, he goes against Vought’s advice and speaks publicly. Oh, and did we mention he speaks publicly next to Congresswoman Neuman, who, alongside the rest of the US congress, plans to question Vought and its representatives? 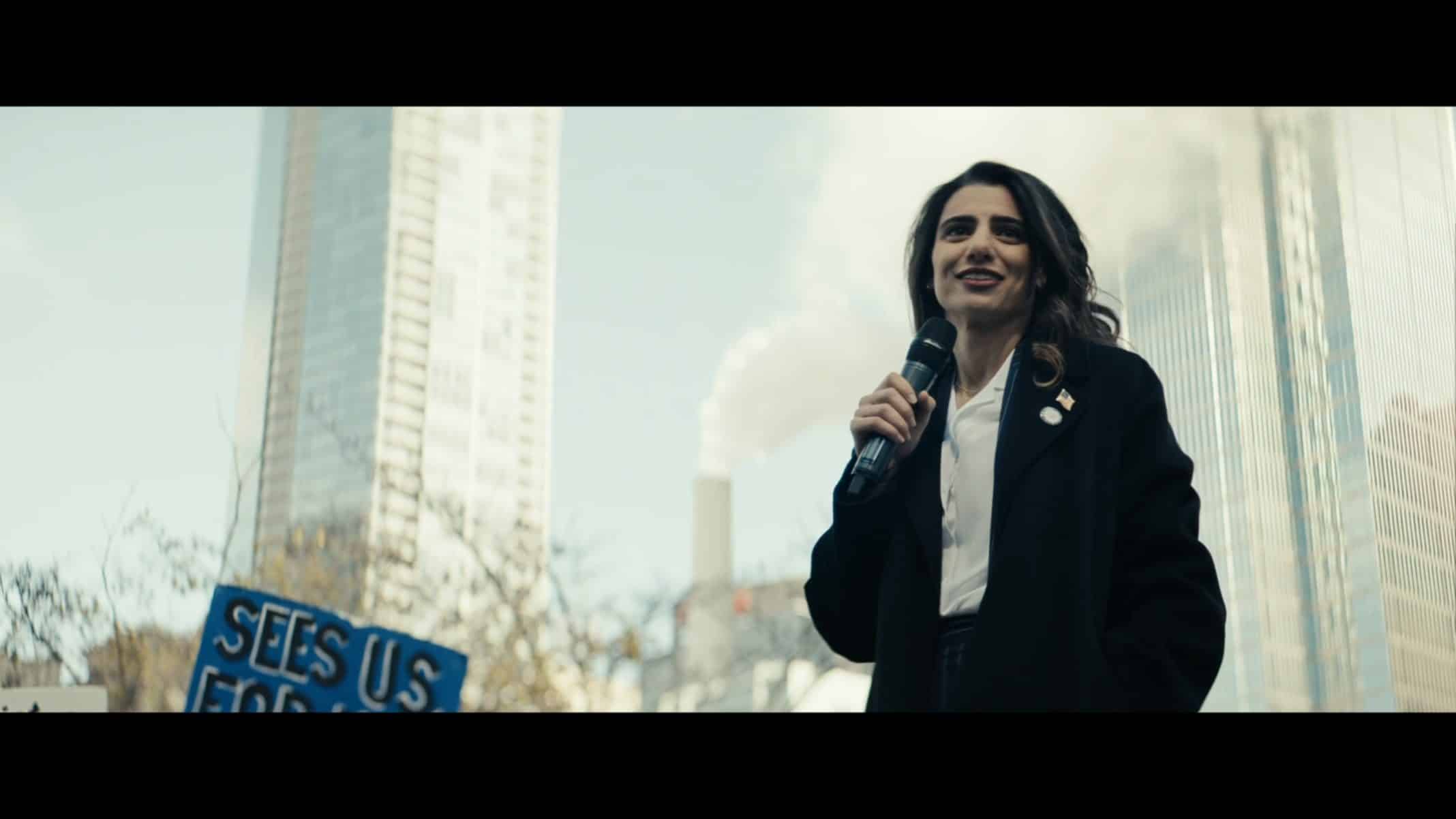 Well, needless to say, the conversation doesn’t go well so Homelander decides he’d rather use memes and the tactics of Stormfront. Which, with him coming to the dark side leads to those two growing closer and eventually having tantric and violent sex. So, it’s a match made in heaven, or hell, depending on your viewpoint. 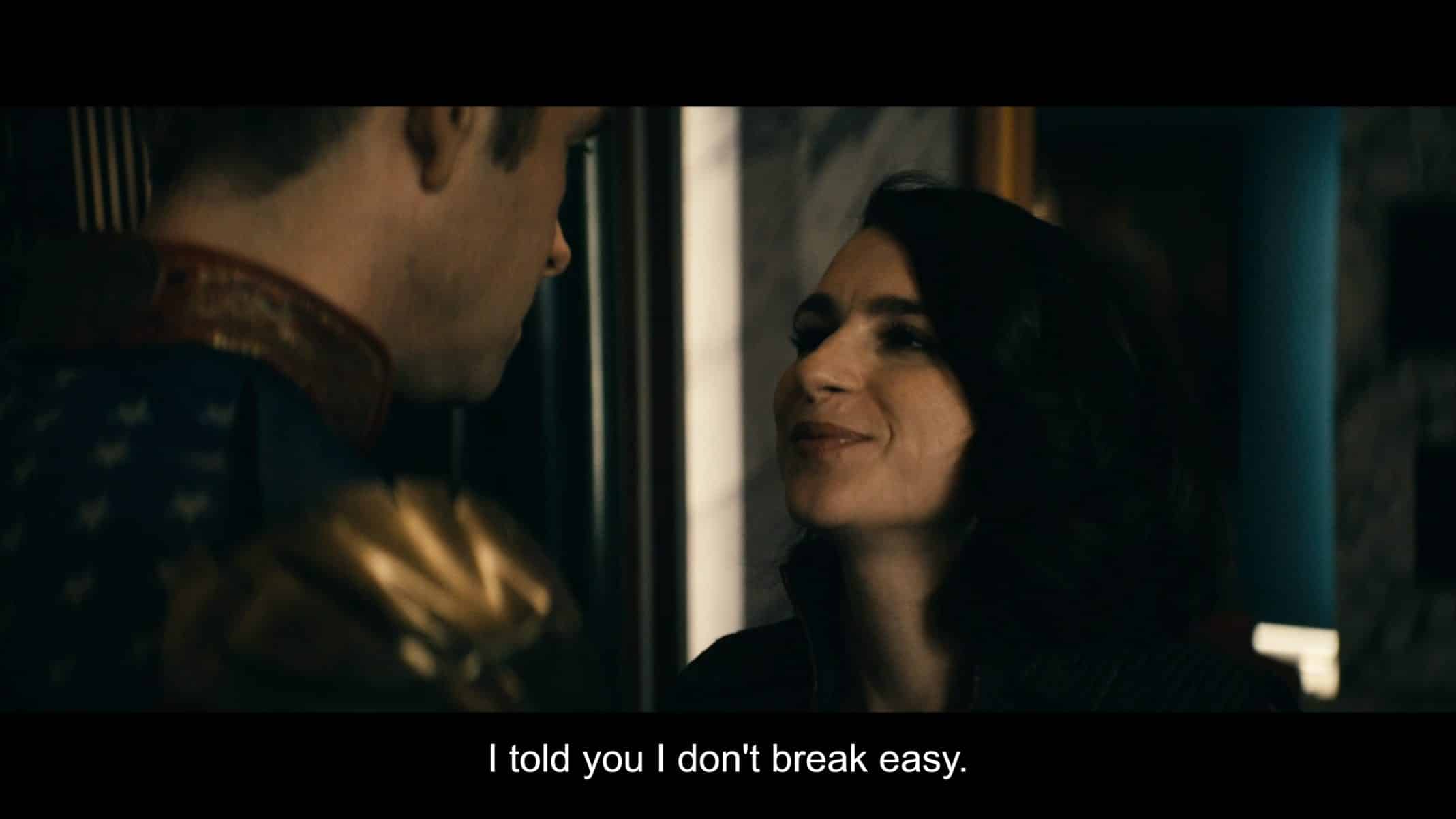 Stormfront is the best thing to happen to The Boys. For in a show that makes some of its most powerful heroes those you love to hate, she somehow can compete with Homelander. But, perhaps to her credit, she really pushes you to understand Homelander beyond what we got when it came to him and Marilyn. For with him having Stormfront in his life, you get to see how he both admires and fears women.

Now, how does Homelander fear women? Well, let’s we forget, he has a complex about approval, and with women being the only means he had for love and affection throughout his life, they’ve always had a certain hold over him if they got too close. Hence why he killed Marilyn since she became a weakness.

As for his admiration? Well, on the other side of hate is love, and I think with Marilyn and now Stormfront, even Maeve, Homelander shows that as misogynistic as he can be, it’s because he has a general superiority complex. Yet, there is something about a woman with power that does something for him.

Think of it in the same vein as how powerful women sometimes like to be submissive in their personal life. With Homelander, he doesn’t respect weak people and weak women, especially. Yet, if the woman is powerful, this allows him to feel safe, perhaps let his guard down, and that’s why he gets turned on when Stormfront shows how much pain she can take. She isn’t a porcelain doll, she is tough like he is, and while she won’t be his equal in power, her not being a liability or someone that can be used against him, like Marilyn was, is hot.

The End of Frenchie Chasing Down Kimiko

As noted in the last episode, Frenchie’s pursuit of Kimiko hasn’t done much for him. It diminished the man we were presented in season 1 and made it appear he got benched. So with him giving up on her comes the belief he can either join Billy full-time once more or seek out his own storyline. Which, considering the target on Billy’s head got lowered on Vought’s priority list, could mean him trying to make a life for himself.

A Softer Side To Billy

While we have seen Billy’s softer side through Becca, lust was involved in that. Also, with Homelander raping his wife and then her disappearing, so was Billy’s ego. Which made us learning why he has taken care of Hughie a big deal. At least in terms of understanding their dynamic and while Billy has put up with so much when it comes to Hughie. For with his brother’s name invoked and Aunt Judy adding the details, it helps you understand who Billy was beyond his relationship with Becca and as a mercenary for the government. You get to see his need to protect more than his girl, but his family, and it shows that the gruff exterior isn’t the gist of who Billy is.

Lack of Investment In A-Train and Kevin

Kevin’s path to redemption, even with Maeve now getting involved, doesn’t bring much, if anything, to the character. Not that we don’t understand he might be meant to advance the conversation on what is needed for a person to redeem themselves, if not a joke on how Hollywood tries to do so quickly. But, with that said, Kevin doesn’t have that extra oomph. He isn’t someone you love to hate, you just pity him and are annoyed by him the same way you are with a gnat. Then with A-Train, with him the only notably Black superhero, he almost feels like a token that is sticking around until another person of color can fill in. Which makes watching him tiresome as he postures and whines. After all, it isn’t like he doesn’t have a whole life outside of being a super. He has a brother, a community, and they could dive into that. So him just showing up, whining about what he doesn’t want to do, and all his potential being wasted is unfortunate.

Especially when you take note, in the last episode, the mention of how small of a pool people of color make the overall number of Supes.

Annie is on a similar decline like Kevin and A-Train. She is stuck in who she was and doesn’t show significant signs of evolving beyond that. She is the girl who was lied to and struggles with trust. Annie is used by Hughie and The Boys to be an insider, despite how Homelander could and would easily kill her. What is going on with her mother is a dead end, and garners nothing worth noting, so what’s next for Annie? What could make who she is as an individual as attention-grabbing as when she was dating Hughie?

Lack of Investment In A-Train and Kevin - 64%

The End of Frenchie Chasing Down Kimiko - 80%

As Homelander meets his match, so comes the question, for many characters, what's next, and can they do better than we've seen them do before?