Wherever I Look
Recaps, Reviews, and So Much More
Home TV Series The Boys: Season 1, Episode 6 “The Innocents” – Recap, Review (with Spoilers)
TV Series

The Boys: Season 1, Episode 6 “The Innocents” – Recap, Review (with Spoilers)

On top of learning “The Female’s” real name and background, Billy’s beef with Homelander is fleshed out, Homelander’s childhood, and more.

For two weeks, Annie’s speech about what happened between her and The Deep has dominated social media, and her utter silence has led to a disruption Madelyn isn’t pleased with. So, she fires Ashley, since she signed up Annie for the expo, and then she tries to check Annie, Madelyn that is, but Annie bosses up. She even presents the idea she isn’t going to do as much fluff and is going to lean more towards being the hero she wants to be and not follow the formula Vought has for its heroes.

That act, and Annie’s general persona for the last month or two, hasn’t pleased Maeve. She, like Madelyn in a way, sees Annie as a prima donna so Annie checks her to. If not reminds her that she is living her truth and Maeve? Well, she is living out a story someone wrote for her. From being a badass to dating a guy while she is in love with Elena. And rather than get mad, fight, or do anything dramatic, Maeve reflects on this and notes Annie is right. To move forward we head back, and in doing so we get to learn Homelander had a very strange, and isolated, childhood. When he was a toddler, he would be in a room where the only window seemed to be one the scientist were watching him from. As a tween, it seems his physical contact with others were limited, and now, we have this well-trained psychopath. One who, by the way, Billy accuses of raping his wife. It isn’t clear how he knows it happened, but he blamed Homelander, and this who thing he has dragged Hughie into is solely about that.

Bringing us to Frenchie and Kimiko, formerly known as “The Female.” With him so gung-ho on her being a good person, he fights for the team to go see Mesmer who can go through people’s memories by touching their hand. He does this with Kimiko, in exchange for seeing his daughter, and we learn she is a former child soldier likely doped with Compound V to help the terrorist organization she formerly worked for.

The Beginning Of The End: Susan, Billy, Annie, Hughie

At this point, Billy’s hatred for supers has little to no exceptions. So Hughie getting close to Annie is a major issue. Mostly because Hughie and Billy were eye to eye. Their rage about losing a loved one, thanks to a super, bonded them and with Hughie moving on, it makes his commitment weaker. So he tries to scare him by taking him to a support group and pushing his mindset, but he is fighting a losing game. Heck, even when it comes to working with Susan and the CIA, with them not willing to go after Homelander comes him faced with having to do things on his own. Which, let’s be real, without a monetary incentive, who knows how much longer he can convince everyone to stick around.

The Rise of Starlight

What can I say? Annie is the driving force behind watching the show, and likely finishing it. Maybe it is because we get that origin story vibe from her? Perhaps it is because she is allowed to be human and isn’t made to be this feminist icon. 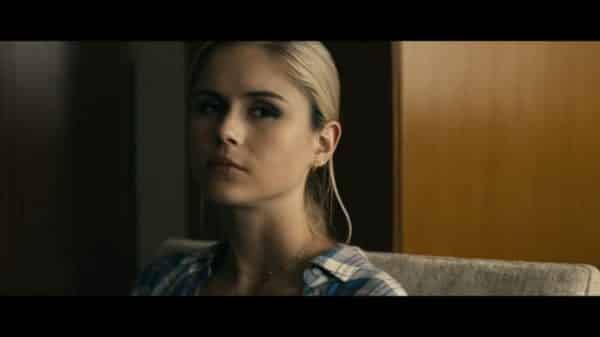 Which is to say she isn’t a female version of male superheroes like Maeve sometimes comes off as, and as we see in many a superhero film. Yes, she is empowered, but her empowerment doesn’t come from exhibiting traditionally male traits. She is still very much feminine and expands on what that means beyond her being a young woman in love with a young man. Annie uses her emotional intelligence to clap back at Madelyn, who thinks and acts like a problematic man. She checks Maeve who has been emotionally shut down so long that it remains a surprise Elena and that plane crash affects her at all. And, taking all of this in, it is never like Annie is flipping a switch or anything of the sort. She is simply a hero and someone who can be an icon but is written for the viewer to give her that title rather than the show shoving that idea like it wants a prize for it.

Since 1971 Compound V has been circulating so comes the question of whether Vought invented it, how did they make the formula, and of their 200+ roster, who has their powers because of it? Also, does this mean few, if any, actually have powers naturally? Not to forget, what is it about this chemical, and how it is able to synthesize with human DNA, that causes unexplainable things like people growing wings, shooting lasers out of their eyes, or many of the other powers we’ve seen?

The Past Haunts You, Until It Doesn’t

Hughie letting go of Robin was a big moment. One that reminded you of where he and Billy differ. Not just because Billy doesn’t have a clue what happened to his wife, but he isn’t willing, able, or ready to move on. He still wants to lash out, and while something went on between him and Susan, I don’t think he ever let himself be happy. Billy just used her as a distraction. And maybe he thinks Hughie is doing that as well but what he is doing is moving on.

I mean, let’s face it, yes Robin’s death was traumatic, but Hughie and Robin weren’t married. On top of that, he was a totally different person with her and knows what happened. There is no choice there but to move on since he can’t bring Robin back. Billy, on the other hand, he doesn’t have a body or anything. All he has is an insatiable need to know what happened and knowing one of the most powerful people in the world likely knows and might be the reason his wife is gone. So really, how could Hughie maintain that same anger? 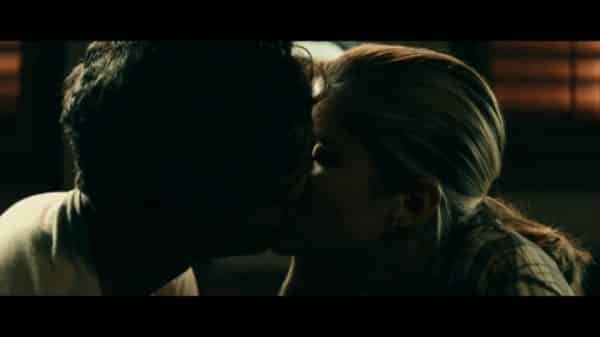 With being invested in Annie’s emotional state comes a hatred for Billy looming over her and Hughie’s relationship and him clearly wanting to ruin it.