Wherever I Look
Recaps, Reviews, and So Much More
Home TV Series The Boys: Season 1, Episode 4 “The Female of the Species” – Recap, Review (with Spoilers)
TV Series

The Boys: Season 1, Episode 4 “The Female of the Species” – Recap, Review (with Spoilers)

Frenchie thinks he may have found someone new for the team. Problem is, she’s likely a Super, doesn’t seem to speak English, and is possibly psycho.

In the last episode, the name Becca is mentioned, and it seems she might be the driving force behind Hughie’s crusade and Homelander could be involved. It isn’t clear how, like maybe she had an affair, or something like that, but all that is clear is that as of January 24th, 2012, she was alive. And as much as Susan may have scratched an itch, she was just a means to an end. Which is why, once more, Billy hits her up to try to take the Supers down. However, before she kicks any money his way, despite their past, she needs a sample of Compound V. Something Billy is more than willing to work on. As that happens, he wants Hughie to put in some work too. Specifically, on Annie and trying to do to her what he couldn’t to The Seven’s boardroom. This task, initially, Hughie was against for he likes Annie and gets along with her. But with his PTSD flaring up, as well as images of Robin, he does what is told.

While following the trail Popclaw has given for Compound V’s source, someone only identified as “The Female” is discovered. A person who is an Asian woman, likely a super, and one would submit a victim of human trafficking. Making Frenchie, known for going off script on missions, letting her loose stupid in so many ways. Primarily due to her killing everyone but him, M.M. and Hughie.

This leads to A-Train freaking out and having Popclaw, who he swears told someone, to pack up her things for he fears what Homelander may do when he finds out about the situation. But, to attempt to clean up his mess, he goes after “The Female” to hopefully eliminate one of the few who could blow things up. As he does this, The Boys go after “The Female” who is trekking through her past, killing those involved with her predicament, and just going nuts.

Leading to Frenchie, who has a soft spot for the girl, since he too has dealt with kidnapping, trying to break through to her. However, that doesn’t work so Billy just uses some knock out gas. Thus ending this chase. 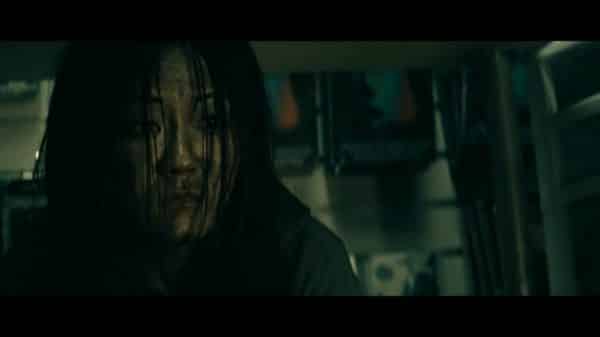 Are We Even Heroes?: Queen Maeve, Homelander, The Deep, Madelyn

Annie seems to no longer be alone in wanting to do more. On a small scale, The Deep just wants to help dolphins, to which Madelyn is barely supportive since it conflicts with a campaign she has for him. Also, she just doesn’t give a damn about The Deep. Why? Well, a major opportunity has come up!

You see, a plane going from Paris to Chicago is kidnapped over the Atlantic, by an unnamed bunch of terrorist who, you guessed it, are likely from the Middle East. Lazy – I know, you know, let’s move on. Anyway, the fun part comes when Homelander and Maeve bust in and seemingly save the day. Well, until the pilot is killed and Homelander gets a bit overzealous with his laser beam eyes. Leading to that plane, with 123 people in it, being doomed.

Which, in Maeve’s mind, she figures Homelander can do as we’ve seen Superman and others do. That is lift the plane, steer it, something – but he doesn’t. Be it because he doesn’t want to, or to further Madelyn’s plans, he lets those people die. Hell, he even threatens them when they try to slow down or stop him from abandoning them. Showing that Homelander is truly trash, but there are some who might be redeemable. Not Deep, he is a rapist, might also be having sex with dolphins, but maybe Queen Maeve.

Hughie is in a very odd place. He isn’t a hero, due to murdering people, isn’t exciting enough to be an anti-hero, yet can’t be seen as normal either. Yet, with him having PTSD, it does remind you he is human and has emotions. Something you don’t really get a lot of in the superhero genre. Which is strange considering all the trauma and guilt you’d expect them to have. Not to downplay us often seeing that with Wolverine, and maybe in future MCU movies, but you’d think it would a norm amongst all franchises. After all, whether directly, indirectly, or not making it in time, the amount of blood on their hands must be enough to fill a sea or notable lake.

The lack of supers who aren’t villains, just straight-up villains, no façade, remains a surprise. So considering Annie has been raped, Hughie is playing her, she is isolated, and her mother is trash, it seems like the perfect setup, right? The question is, when and where will she snap? Also, considering the extent of her powers, how many may die?

Does Frenchie opening up give this show a sense of emotion? Not really. Yet, who doesn’t enjoy getting some backstory? Particularly since it makes Frenchie talking about his dad being bi-polar and trying to kill him less of a joke than how it was presented in episode 3. Now, with us learning he kidnapped him, repeatedly, it makes you see Frenchie is a person, not just this weird French dude who seems like he is a stereotype.

Queen Maeve Having A Wakeup Call 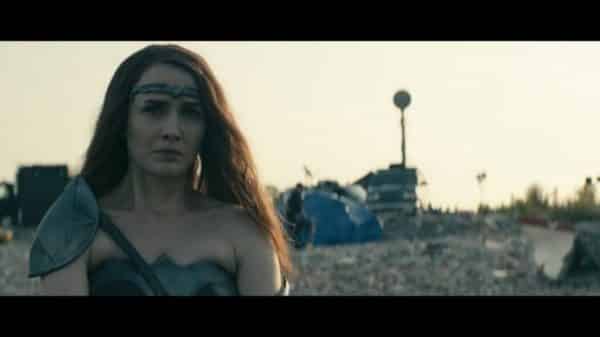 Considering how Maeve has acted thus far, you’d think she was jaded, doing her job, collecting her check, and has long moved past what Annie is currently experiencing. Yet, it seems that’s not the case. Maybe she fell into how easy things were, with it all planned out, and took it as a good thing? Really thinking about it, we don’t know any of these heroes backgrounds besides Annie. So whether they are thankful for an easy check, miss doing investigations, and not dealing with bureaucracy and a corporate overlord is unknown to us. We get a sense many do experience a feeling of loss, like Homelander not having a private life anymore, but they put down their personas so rarely. Making it so, be it Maeve, Frenchie, or Annie, seeing the real person, even if for a moment, is such a gift.

The laziness. You got all these people with superpowers and yet we’re still using terrorist likely from the middle east? COME ON!

It was just so weird. I don’t know if it was supposed to be comical, in the idea of The Deep possibly having relations with that dolphin, or tragic due to him, The Deep, feeling ignored. Thus he had to take control and do something. No matter what it may do to him which, in the long run, might be nothing since now a dolphin is dead. Leaving you with complicated feelings.

Queen Maeve Having A Wakeup Call - 85%