Wherever I Look
Recaps, Reviews, and So Much More
Home TV Series The Boys: Season 1, Episode 2 “Cherry” – Recap, Review (with Spoilers)
TV Series

As Vought International, Madelyn specifically, reveals its hand to us, so comes the realization this may actually be a show with no heroes. Well, besides Starlight.

Starlight, This Is Your New Life: Annie, Ashley, The Deep

Annie gets her first assignment, and she learns everything is already handled. What do we mean by that? Well, despite Annie being used to doing her investigative work, and things of that nature, Ashley, one of the PR representatives, reveals the company, privately, investigates everything for the safety of the heroes. They, for this assignment, Annie and The Deep, simply have to show up and look heroic.

As you can imagine, this bothers Annie in multiple ways. The big one being that she is stripped down to just being a person with powers, and then there is The Deep. Someone who she tells off for what happened in episode 1 and also lets him know that no one takes him seriously. Something he already knows but with a new girl, within a few days, knowing that he is seen as just the fish guy, it may not hurt him as he hurt her, but it’s something.

But it’s not enough. Hence why, when given the opportunity to save someone off the books, Annie takes up the opportunity. Problem is, the person she saved wasn’t captured by some random phone, and Annie’s secret identity was recorded. Leading to Ashley reprimanding Annie and her feeling like her job, Annie’s, is in jeopardy.

Wanting To Do More And Yet Doing Too Much: Homelander, Senator Calhoun, Doppelganger, Madelyn 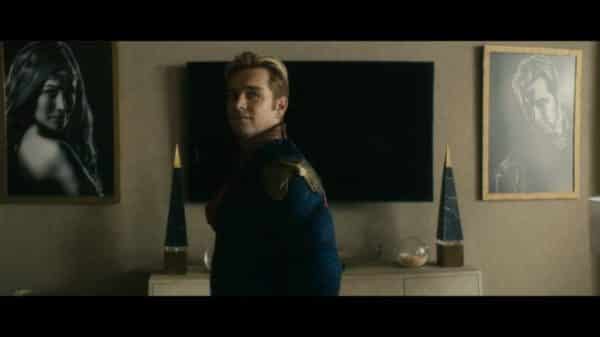 With Homelander being the face of Vought Studios, Vought International possibly, it is only natural for him to want to be more than a hero. Hence him dealing with the representative from Maryland the night before. However, with Madelyn trying to get government contracts, on a national level at that, it makes anything which could be traced back to her supers a problem. So she reprimands him for interfering and doesn’t necessarily put him in his place, but reestablish what their relationship is.

Which she also does for Senator Calhoun. He is the chair for a committee that Madelyn needs to approve the idea, or use rather, of her heroes in times of war, and other conflicts. He makes it clear he isn’t pro the idea and with other members of the committee having arms manufacturers in their district, it is unlikely they would approve it as well. So, to force his hand, she has Doppelganger pretend to be a woman, then transform into himself, to blackmail Senator Calhoun. This may at least accomplish the objective of getting the bill out of committee, but it isn’t clear yet whether or not she could coerce the senate, house, and whoever the president is, to also get on board.

We Need To Talk About The Guy In My Trunk: Anika, Homelander, Frenchie, Hughie, Billy, Translucent

Billy is only able to do so much. Being that he is, in fact, more so a private contractor, than anything officially affiliated with local, state, or national governments, handling someone like Translucent is a bit beyond him. Especially since electrocuting him didn’t kill him. So, he goes to Frenchie, who has more experience in killing supers. Something which, long ago, may not have been as hard, or as big of a crime, as it is now. But, what can you do to a man whose skin is tougher than diamonds and is invisible? Well, being that Frenchie is creative, he realizes Translucent is like a tortoise – hard shell, soft body. So he sticks a bomb up his butt. Problem is, this idea comes at the point where Homelander is getting suspicious and is pushing those who track the heroes, like Anika, for answers. Mind you that isn’t in his purview. Yet, with the information he needs, he hones in on Frenchie’s location.

Leading to a series of events that push Hughie past the point of no return. For he, originally, wanted to let Tranlucent go. Billy reminds him that Translucent saw his face, and would hunt him down, so that’d be a bad idea – hence killing him. Yet, after speaking with Translucent and being reminded that most Supers aren’t nice people, he gets on the killing team. Especially after learning A-Train was running from being with some hero named Popclaw. So while Frenchie distracts Homelander from using his X-Ray vision, or super hearing, to discover Translucent, Hughie blows up the bomb held deep within Translucent’s rectum.

It’s Picking Up The Pace

Perhaps one of the problems of the first episode was it had to establish everyone and with Hughie not being the most interesting of characters, and quite whiny, it dragged things. However, between Annie being presented as a more prominent force, getting to see Madelyn work, and the torture of Translucent, things picked up. Add in this idea of Billy being a killer with a decent network, it gives hope to a show which seemed like it would rely heavily on its violence to keep you engaged.

How Deeply Rooted Vought Is In America’s Ecosystem 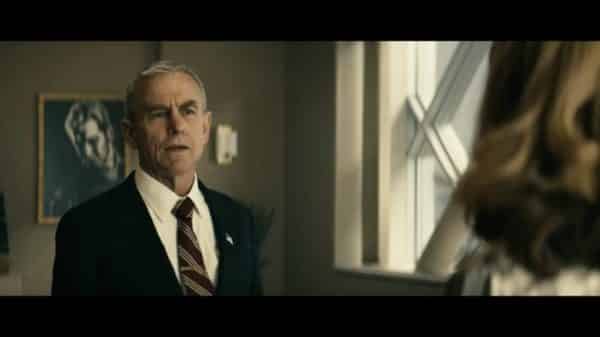 While hero worship might be seen as one of the main things The Boys is tackling, corporate America seems to be a close second. For while killing officials isn’t something Marvel, Disney, or other major companies can, or perhaps would, do, they do have lobbyist, make threats, and have strongholds. All the while trying to build relationships to expand their power and influence. No different from Madelyn trying to allocate a hero to a major city or make it so heroes maintain a certain immunity. Much less, expand their power, and hers, by giving them a national presence in the form of being on the level of the US’ armed forces.

It’s all a game, and with the way things seem, Madelyn is more than a CEO but a figure who even has those like Homelander wrapped around her finger.

With Annie giving us the usual origin story, you have to appreciate how hers isn’t the traditional, “Oh my god, I have powers!” storyline. Instead, it is about becoming disillusioned. Perhaps like an antithesis to what we see in Tom Holland’s take on Spiderman. For rather than sarcasm and being looked down upon sometimes since he is a kid, Annie is dealing with sexism, egos, and the business end of being a hero. Beyond finding a way to support herself financially.

As said previously, one of the great things about The Boys is that there are no heroes. Annie might be an exception, for now, but let’s not pretend she doesn’t use excessive force just like everyone else. It’s just we haven’t seen her kill anyone yet – we just assume they got knocked out. So to learn about what I assume are “The Boys” has to make you giddy a bit. Especially since they have connections to the CIA which shows the government does have an uneasy relationship with superheroes. May have even hunted them publicly, or privately, at one time. Making the idea of Translucent perhaps just being one of the first very interesting.

How Deeply Rooted Vought Is In America’s Ecosystem - 84%