Sorry For Your Loss: Season 1/ Episode 2 “Keep, Toss, Give Away” – Recap/ Review (with Spoilers) As some of Matt’s secrets come out, some even Leigh didn’t know, we dive a bit further into the complicated family he was part of.

With his father dead, and no mention of a mother yet, it seems Matt really took to Amy and Jules. When it comes to Jules, with her being adopted, it seemed she kind of adopted Matt as well. For with Leigh being more like Amy than she may care to admit, Matt being an outsider without a steely glance or harsh word was a welcome change. In fact, the way she makes it seem, he is the reason she got clean.

As for Amy? Well, it isn’t 100% clear what was the initial thing she liked about Matt, but she did bond with him like he was her own. She imagined, with her beliefs, in a past life they were warriors of some kind. Plus, as seen in the first episode, unlike her kids, he supported her beliefs. Maybe even went beyond playing along, humoring her, and believed a bit too. If not wanted to believe.

Which is why Jules and Amy both mourn and wish Leigh would let them mourn with her. For she did lose a husband, but they also lost someone who had a major impact on their lives.

I really do wanna know Jules’ background. With 4 episodes released tonight, and two a week until October 9th, we can fit in a flashback or two right? I mean, between learning how Leigh and Matt met, seeing their wedding, understanding Leigh’s relationship with mom and sister better, we have to see more than Leigh and Matt be cute right? Even argue a bit.

Though, can I just say, fully taking note that Matt being the catalyst for Jules getting her life together could be the reason she was so affected, would it have been weird if there was a crush? There is this weird sibling thing where I can imagine Leigh usually getting all she wants and works for but Jules feeling like a consistent failure. To the point she might have even seen or known Matt first but fearing he wouldn’t feel the same, she didn’t pursue him.

But this could just be me thinking about how so many shows would handle the situation and trying to figure out what road this may take.

Though They Argued, It Was Perfect: Matt, Leigh

While we get another dose of “Look at how cute these two were” there were also arguments. Most of which seemed to stem from the pressures of being with Leigh. Someone who, if you think she is intense in grief, imagine living with her expectations and dealing with her feelings of disappointment. Take, for example, Matt’s comic. During the solstice, Leigh coaxes out of Matt the goal of his year being dedicated to finishing a comic. Something he works on in private for it seems he either doesn’t want to be held accountable for it or simply doesn’t want Leigh’s input and drive to affect how fun it is to make a comic.

Thus pushing what perhaps were the handful of cracks in their relationship.

I’m trying to imagine what the courtship was like between these two. Matt being this quiet dude and Leigh someone who seems like you got one chance to piss her off. Imagine how he found a way to find her more vulnerable side and be this person who became her world. To be honest, I’m struggling to do so. For as cute as they are, the more we see Leigh with her family, and how they argued, and how she likes to downplay other people’s feelings, especially when it makes her feel any kind of guilt? How did they make it to the altar?

There Are So Many Things You May Not Know: Danny, Leigh, Matt

From a credit card in the freezer and who is calling his phone and leaving all these voicemails, Matt apparently had some secrets. Unfortunately, with Leigh and Danny not having the same kind of relationship as Matt and Jules, it seems they never shared stories or swapped secrets. They loved the same person who gave them different sides of himself. Leaving us to wonder, was there another side to Matt neither knew about? 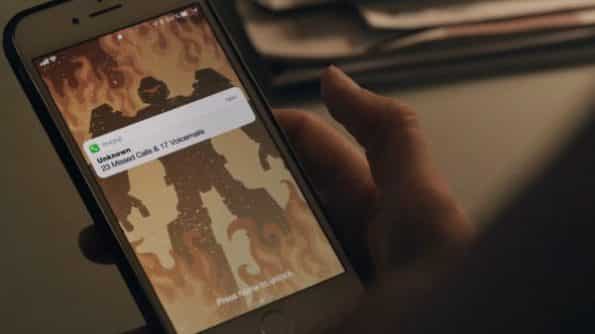 Seriously, is the main reason Leigh has beef with Danny because he reminds her of Jules or simply because he threatened some sense of exclusivity when it comes to Matt’s time? Taking note Leigh is an acquired taste, it seems like both want to connect with one another but something is getting in the way of that. Was Danny involved in Matt getting in trouble or dying? I mean, the bag Matt’s phone was in looked like the kind of bag you get from when someone goes to prison. Heck, the place she got the bag from looked like a prison. Could it be Matt took the fall for Danny over something?

Taking note of how Leigh lied about the credit card, maybe she didn’t know about the weed? Heck, maybe those calls and voicemails are from another woman? Maybe women? I hate that my mind keeps going to the worse possible option but it is hard not to veer in that direction. The way Leigh is crafted, there is this feeling that she is ignoring something and trying to erase the fights and issues she had with Matt. Maybe the hunches she had as well.

Not to imply Matt couldn’t have been as good as he has been painted for us. It’s just, guys like Matt don’t often exist in the form he is presented. Usually, there is some twist or reveal which snatches the googly eyes away. So excuse me if I feel the shoe is about to drop.

Check out Sorry For Your Loss exclusively on Facebook Watch.