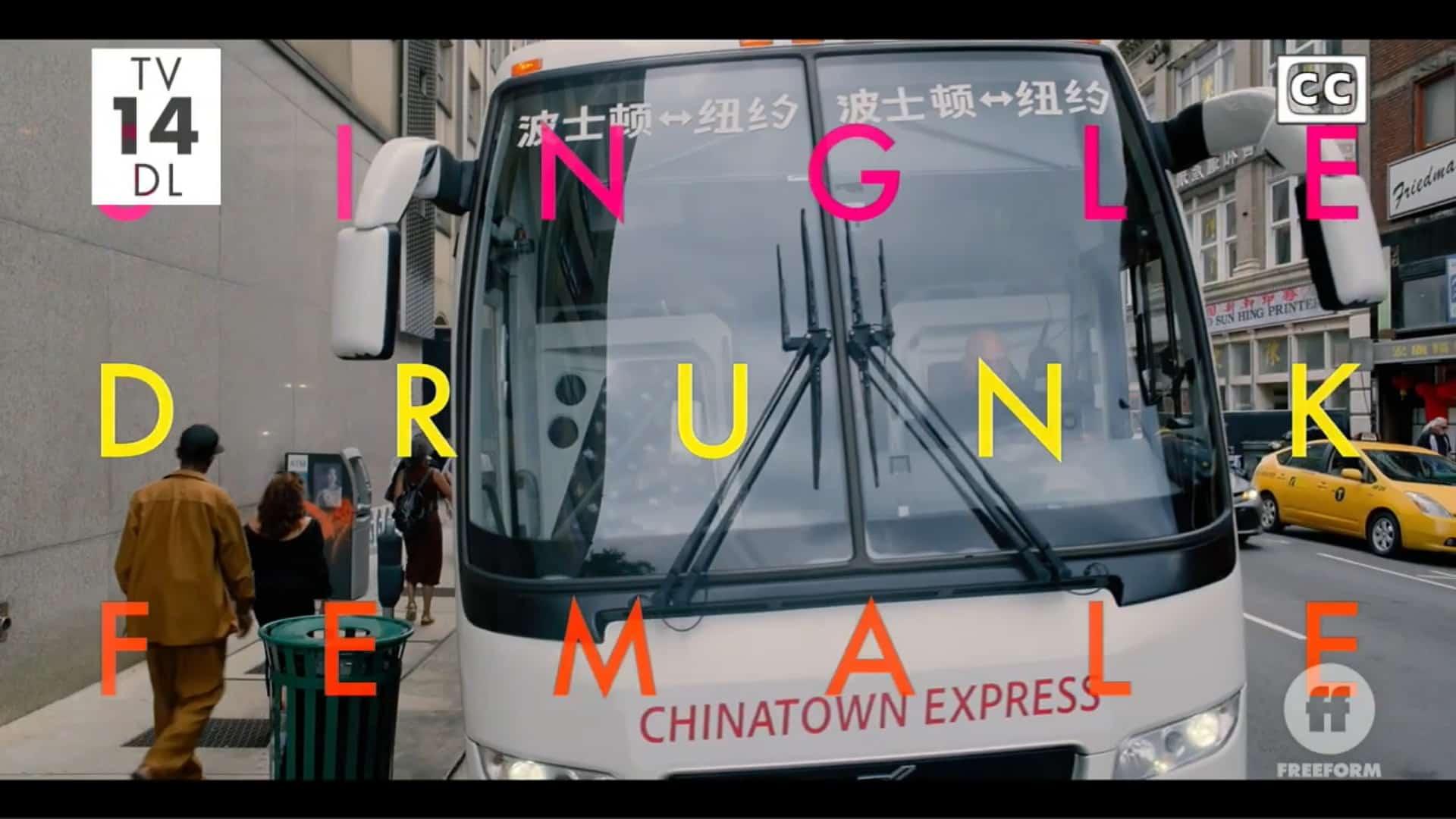 Sam and James head to New York with high hopes and big dreams, but with being reminded of where they came from, are they truly ready to take this major step?

Why Did I Want To Come Back Here? – Sam, Nathaniel, James

In some ways, getting back to New York is thrilling for Sam since it feels like her getting back to where she was, but with a better handle on life and maybe even who she is. Yet, with every place that brings a fuzzy, semi-negative memory as she walks with James, so comes the question of whether New York can be salvaged for Sam?

This especially becomes an issue when she realizes that Nathaniel and his offer at Smug Media isn’t a step forward but an opportunity to potentially move backwards. For with the offer going from covering plays and interactive events to parties? Sam realizes nothing beneficial can come of this arrangement, and with that, she is back to square one on how to get her career back. While Sam might be away, the people awaiting her triumph continue to live their lives. However, for Carol and Bob, there is a problem involving Sam. Specifically, Bob giving Sam $100 for her trip, and when asked about it, Bob tells Carol that he’d do that for his own kids. By saying that, Carol is reminded her husband is gone and what he would have done for Sam. Thus causing her to get a bit emotional.

As for Olivia and Stefani? Well, picking a sperm donor has become a bit of an issue. Stefani doesn’t feel supported and that Olivia has a true interest in finding someone, and she isn’t wrong. Bringing a man into their relationship feels weird, which Stefani agrees, and Olivia also notes how the hormone shots and more have made Stefani’s life hell.

So, the idea is that Olivia will take on carrying the child to alleviate some of the pressure, and issues, the process of having a kid is having on Stefani and their relationship.

While Sam may have struggled in New York, James sold his app. However, there is a lack of excitement or join in doing so. He treats it as if it isn’t as much of an accomplishment as it is. In fact, Sam’s failure seems to be something he seemingly wanted, perhaps due to failure meaning something is undone or could be better. Meanwhile, success means potentially peaking and things going downhill from there.

That last part is more so our take, but you can definitely see that James, despite this win, would rather be on Sam’s wavelength and feel connected than her still trying to find herself and James seemingly back where he is supposed to be.

I don’t know if I can keep saying no to you.
— James

Realizing A Dream Maybe Too Small For Who You Are Now

Nathaniel repeatedly talks about new Sam and bringing that person, without realizing that new Sam, who is sober and has a better hold on her voice, no longer fits into Nathaniel’s world. Sam’s dreams of becoming a writer were made a reality, and one thing about dreams that make that transition is that once you are in the field you desired, your focus becomes more clear. Take Sam wanting to be a writer. The first part of the dream becoming a reality is just getting in the industry and paid for her work. Following that is being paid consistently enough to live off just writing, and once that stability is there, the dream can expand or contract. With being a writer, now you are in the entertainment industry, and you can expand to other areas or, if you are like Sam, you can be more particular on what you do, with what organization, with what goal.

Sam, at this point, seems beyond listicles and covering the party scene. She wants to talk about experiences, be it her own or even others. Perhaps follow in Olivia’s footsteps and be a true journalist. She is developing a focus and seems to know what she wants. The dream is contracting, and for Sam, it, unfortunately, means what was familiar, her signpost of where she thought her restart could be, it doesn’t serve her anymore.

At this point, Sam has evolved beyond what Nathaniel and whatever brand he works at can offer.

The Long Recovery From Losing A Partner

I would say the effects of being treated will fade slowly as well. Which perhaps is why Carol has such an adverse reaction to Bob doing something for Sam. It’s one thing for him to love her and treat her with care and patience and show his affection for her. Sam is optional, and I think it becomes real, this relationship with Bob, when his love for her, Carol, spills over into showing love for Sam. With that, Bob isn’t just a companion, someone to spend time with and ease the loneliness of being a semi-empty nester. This is a full-fledged relationship in which lives are starting to intertwine and is perhaps more serious than Carol was initially prepared for.

And while I can’t speak on what it means to lose a spouse, especially to a disease, I do think with Carol you can see that she was caught off guard by the action of being loved fully like this again. For her flaws to be understood as a means of defense, for Sam to have someone who cares about her, not as much as Carol does, but someone willing to take the space Sam’s dad held and try to be what Carol’s late husband no longer can.

It’s all overwhelming since, with the way Carol talks, you’d think she believed she’d never find love again. So to find love with someone who also wants to be a family? That is probably beyond what she hoped for one of her first times dating after her husband died.

The Complications Of Having A Child As A Queer Couple 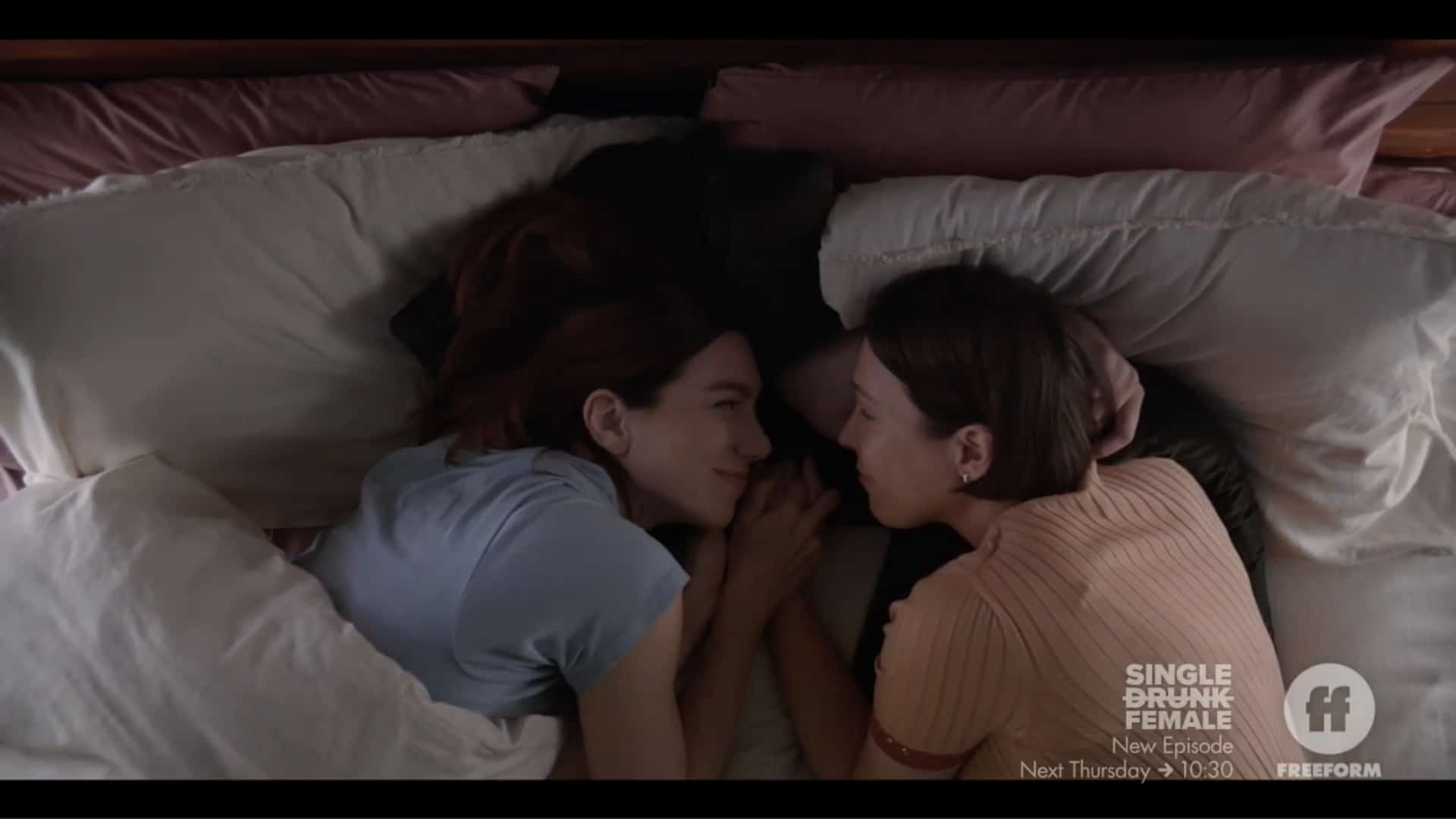 No matter the combination, if you are not in a relationship that allows for kids without a third person providing sperm or a womb, it’s complicated. First off is the cost, since whether you do artificial insemination or adoption, that can and will cost thousands of dollars. But the bigger toll is the mental and emotional aspects.

As shown through Stefani and Olivia’s reaction, going through the process of choosing a donor who will carry the child, taking shots to prep your body, and reconfiguring your life is hard. Especially since you have to be intentional every step of the way, for you can’t have that magical story of, “When we stopped trying so hard, it just happened.” If you stop trying, it is 100% guaranteed not to happen.

So when it comes to Stefani’s frustration, it is easy to understand why she needs Olivia all in to feel like this can work. Also, you can understand, considering Olivia is maybe just at the point of recovering her career, while she may want a child, she may not be fully prepped and willing to potentially slow down or put her career on pause.

It’s a give and take the whole situation, and like so much on this show, it makes me hope we get some background to fully understand what led to what we’re seeing, not just where this could head.

Single Drunk Female: Season 1/ Episode 7 “New York” – Recap/ Review (with Spoilers)
Overall
Single Drunk Female begins to push the idea that not everything about this show will be about recovery from alcoholism. It will also be about recovering from past trauma and figuring out how to create a sense of normal which may only exist in your own life but won't be harmful to others.
Highlights
Realizing A Dream Maybe Too Small For Who You Are Now
The Long Recovery From Losing A Partner
The Complications Of Having A Child As A Queer Couple
Disputable
86
Subscribe to our mailing list Follow Wherever I Look on Twitter and Instagram, Like us on Facebook, and Subscribe to the YouTube Channel.