Wherever I Look
Recaps, Reviews, and So Much More
Home TV Series She’s Gotta Have It: Season 2, Episode 6 “#WhenYourChickensComsHomeToRoost” – Recap, Review (with Spoilers)
TV Series

After showing up and out during the Prince celebration, the kids switch things up for a more dramatic performance that puts people on notice.

Clo is struggling with her boss not liking Nola being a central part of the criticism against him, so Clo decides to report her IG page. Mind you, she doesn’t talk to Nola about taking the video down, making it private, none of that. She just decides it would be best to report the page to appease her employer and of all people, she tells Mars this. Someone who is one of the most loyal people we all know, and he rightfully flips out. Leading to her revealing, in the midst of them arguing, she got an abortion and that leaving him a bit messed up. Especially since she felt she didn’t have to tell him and the lack of trust there. 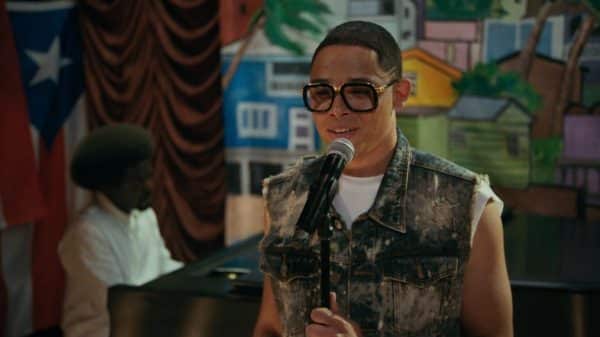 Yet, between crying all night about the situation, after Mars left, and then her boss firing her and taking over New Medina, it seems Clo is in a downward spiral.

After her work at the earWave booth during the Prince celebration, Nola and JAmeelah seem to come to an agreement on the campaign. Also, Jameelah and earWave run Nola’s check and, whenever Nola has money, she knows who to spend it with – Greer. Someone who has really evolved into a good friend since the breakup and apparently met the perfect one for him in Reed.

How so? Well, like him she is bi-racial and gets some of the hangups, she is an artist, and as shown by their outfits in the last episode, both own their eccentricities. Yet, Nola admits she was taken back a bit, and perhaps is still processing their relationship. However, all is cool between them – outside of some ignorant statements Nola makes. 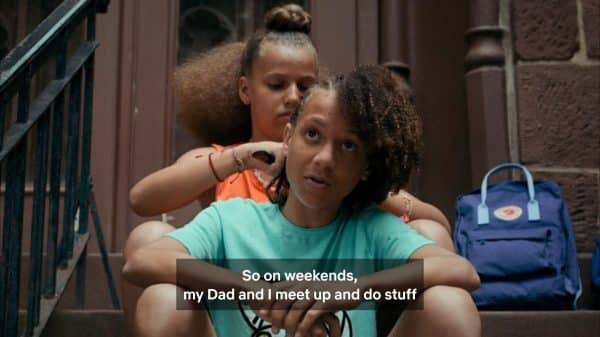 Skylar has a bone to pick with Nola. She didn’t know the full story when it came to Virgil’s dad and her so she decides to kill two birds with one visit. Skylar missed Nola, and she has questions, so she goes to Nola’s apartment and confronts her. Which, due to Nola really having an issue of keeping a child in a child’s place, she admits to knowing she was part of an affair and that she isn’t as innocent as Skylar thought.

But the real heavy conversation is started by Virgil. He confronts his dad about leaving and breaking up the family, and does get a little loose with it like Skylar, but Jamie shuts that down promptly. However, seeing things are getting a bit too deep for the public, Cheryl reneges on keeping Jamie out of the house so the family can have a conversation. One which has Virgil open up and ask of his parents to fix things. Which, who knows, they might, but it isn’t clear what comes of this conversation in the long term.

[…] who’s gonna sew me back together after you both have completely ripped me apart.
— Virgil

All I know is, next year at the NAACP awards, both of these kids should be nominated for Outstanding Performance by a Youth. Heck, the fact neither one seems to have shows or movies coming up is a serious surprise for me. Be it in a future Spike production or in general. For seriously, while I know there is a colorism issue in play here, in terms of them being light skinned which saturates the market, we’re talking talent right now. Hubbard-Salk has the personality for a Nickelodeon program, especially if their shows still got a slight edge to them.

Then, in terms of Niederauer, oh my god. Just this kid’s frustration when speaking to Virgil, tight fist, and him seeming on the verge of a breakdown but holding it together – we don’t see that enough. Granted, This Is Us has talented young actors, and Faithe Herman’s work consistently gets me teary-eyed (that Subaru commercial regularly), but there is so much room for more. Especially considering they aren’t limited to kid shows or comedy programming.

What you have to love about Greer and Nola is that Greer is shown to be someone who has moved on. Jamie still has to be held at bay since he’d leap for a chance to be in Nola’s space more and as for Mars? Honestly, with him not bringing anything but a charm that can grow tiresome, you can tell things won’t be on an even playing field anytime soon. However, with Greer, he remains this guy whose mystique is matched by his potential to learn from. For, like season 1, he remains this figure who exposes Nola to other ways of thinking, challenges her, and is an inspiration to own who you are. Their friendship, while slightly muddled for Nola since she does have feelings, has growth potential. Making them hanging out at a movie, talking at a café, #Goals in ways we do increasingly see in platonic relationships but not enough.

It’s easy to forget sometimes that Anthony Ramos is as much an actor as a single (I never got into Hamilton). Yet, his song hits you in places. I mean, it fits so well to what Mars is going through. Be it learning about Clo’s abortion, losing his home, being addressed for not meeting any sense of potential he has and, just rewatching the scene has me teary eyed. But, what it also does it really push you to understand, as said before, why Mars has a life and storyline outside of Nola while Greer and Jamie still feel like they operate in her orbit. Ramos makes Mars too large to orbit Nola’s star, and while they do cross paths, his light shines too bright to be eclipsed.

While we know Clo, at the same time, it is like we’re reaching a new low and sense of desperation. One that, with it being so long since season 1, it pushes you to wonder was she this shady before? Granted, outing Nola’s work was uncalled for but considering what has come from doing that, it makes you feel like she is pushing Nola out of her comfort zone. Yet, even with Mars being annoying as all hell, it’s like, the love you develop for him makes it hard to hold him accountable to the extent you can understand Clo’s moment of cruelty. Also, considering she is bougie and shady, like the dark side of what’s you’d expect from Greer, it makes her hard to… I don’t want to say like. The point of the character isn’t to be liked, but I will say it makes it hard to understand her at times.

I mean, we could go by the whole “Hurt people hurt people” notion. However, it seems deeper than that but it feels we haven’t necessarily gotten that deep. Making it so, we’re given the pain without seeing the scars, if that makes sense.