We learn who killed Natalie and Ann, in spectacular fashion, as well as how and why? Leaving you overwhelmed and surely pledging your undying loyalty to the killer’s actor and Gillian Flynn.

When All Signs Point To You: John, Richard, Chief Vickery, Ashley I hope John’s family cursed out Bob Nash, and Ashley’s whole family out once the truth got revealed. Hell, if I was him, I’d be filing lawsuits all over because you know his life will never be the same. He is attached to a graphic and crazed murder! Something which, just with an internet search, he’ll pop up as a suspect and that is the end of him being part of any interview process.

In the type of dinner that belongs only in horror movies, everyone sits down calmly as Amma is clearly drugged out of her mind but Alan acts as if nothing is wrong, as does Adora. Which, for Camille, is quite freaky. To the point it almost seems like, while she’d like to rescue her little sister, and make up for the other who died, does she want to that bad? Especially since Alan, acting like he pays bills, wants to demand Camille sit at the table…

Leading to a conversation about how happy they are John is arrested, and really selling they don’t know anything. Which Amma follows up by talking about how she is Persephone and seem really delirious. However, she wakes up a bit when Camille talks about bringing her to St. Louis. Which, with thinking this was long planned, this forces Adora to click into Munchausen Mom mode, to make Amma, once more, dependent on her.

However, Camille puts herself in harm’s way, drinking Adora’s rat poison, anti-freeze, and Bill Cosby cocktail, so that, hopefully, Amma can live through the night. Maybe even help. But, instead, it seems just because Camille stole Adora’s attention from her, she’d rather let her die than try to stop what Adora does. Making Camille lucky that Richard still has a thing for her and is able to convince Chief Vickery to come out there.

Which leads to the discovery of Camille and Amma being very drugged, and guess what: Also the pliers which pulled Natalie’s teeth out. Someone planted, because why would they just be out, the pliers so someone could easily find them. I wonder if Gayla put the pliers out there or was it Amma? Maybe even Alan? Someone had to take part in that setup for why would you have the murder weapon in the kitchen, just because? The murders happened a long time ago. Putting the weapon in the lake or pig farm would have made so much more sense. Yet, you got to give it to the killer – they think long term and back up plans. If not Gayla for knowing, she is going to need a job after all this goes down. So, whether she just stays complicit, and wait’s for her Omarosa moment, or just rides the train to the wheels fall off, hey – you gotta do what you gotta do. Especially if you don’t want to work on a pig farm.

With that said, who the f*** is Alan? Raising his voice at people, letting his own daughter be poisoned. Was the music collection Adora bought you really worth it my dude? You never heard of Spotify and YouTube? Was the quality not good enough? How could you see this woman crush pills and put stuff in an unlabeled bottle and tell her to just calm it down a little? Let their body’s do some of the work. Obviously, you never let her give you that s*** huh? B**** ass.

With Adora going to jail, definitely for poisoning, likely for the murders, Camille’s report to Frank makes it seem that way, Amma ends up living with Camille. Not necessarily because she wants to raise a kid, but it’s a mix of guilt and maybe her own form of Munchausen kicking in? Either way, things seem fine at first. Amma makes friends with a neighbor named Mae, seemingly teaches her how to skate and Frank welcomes Amma like he watched her grow up.

But then Mae and Amma get into a fight. One which leads Mae’s momma to ask if Camille has seen Mae – which she has not. However, she goes into Amma’s room, takes note of the creepy dollhouse, and looks at one of the upper floors of the house. She discovers a tooth and a whole floor made of them. Leading Amma to walk in and with her saying “Don’t tell mama,” she pretty much confirms she killed Natalie and Ann.

Which we see, enough to get the point, during the credits. 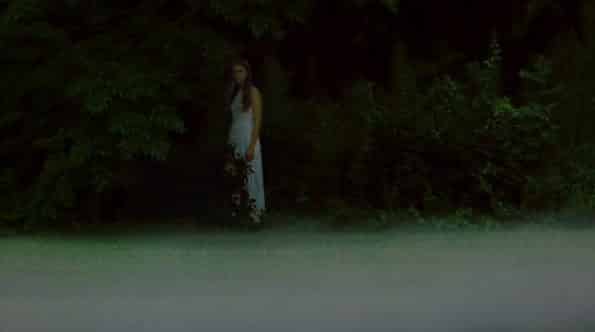 It is so rare to me that young actors, especially actresses, get to play a role like Amma. At worse, Amma could have just been proof Alan and Camille had sex one time. Been a pest to Camille. However, taking it all in as a whole, I’d argue she rode Amy Adams’ back like a mule and used the attention she’d bring to this show to make this her entrance into the American entertainment industry. Which isn’t to say Amy Adams or Patricia Clarkson were slouches. It’s just, with them, you expect greatness so it isn’t as big of a deal. But a young actress who didn’t have to strip down and show herself as abused, like Camille and Adora, that is what takes Scanlen to the next level.

Throughout the whole season, thanks to the writing of Gillian Flynn, we got as manipulated as sometimes Adora seemed to be. She was just this brat with a lot of mouth, but likely was harmless. Well, sometimes. In some episodes, it did seem she probably put a hit on Natalie and Ann. However, you never kept your attention on her for there was John, Bob Nash, Adora, and other characters this show barely said a word about. Yet, thanks to Flynn and Scanlen, and of course Adams and Clarkson, you were left unable to know who to point out for more than an episode. Since there even could have been an argument made that Camille was the killer and, in the end, maybe Ann and Natalie’s name would have showed up on her body like a crossword puzzle. 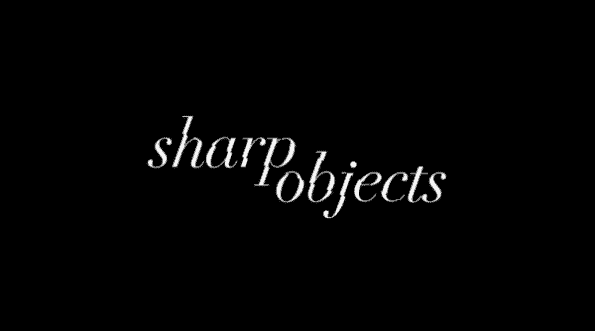