Mr. Lacey becomes the latest we need to keep our eye on as the Calhoun Day pageant shows how rooted in f***ery Wind Gap has always been.

Being that Adora is the unofficial mayor of Wind Gap, naturally, the biggest day of the town’s history is hosted at her home. One which celebrates her ancestor defending her much older (he was a pedophile) husband by not saying where he is. Making it where she can’t have Camille dressed about in her usual 80s/90s grunge look. Instead, she is to wear a dress and this leads to Camille’s scars coming out.

Now, Adora knew about the scars, but as for the extent to which they are now? That was unbeknownst to her. Also, as for why they were done? That she may know but what started that remains a mystery. After all, bad enough the shop was personally opened for Adora, and Amma already had one fit, but now the daughter Adora actually claims, publicly, has all these scars? Never mind her first article is circulating the town? You think she is going to add more fuel to the fire?

But, of course, Amma being there to witness it all is where we finally get something out of this. First and foremost, there are no names on Camille’s body. Neither who did something to her nor an ex. As for whether each word was said to her, much less by Adora, well that is something you’ll wish was answered but sadly that doesn’t happen. 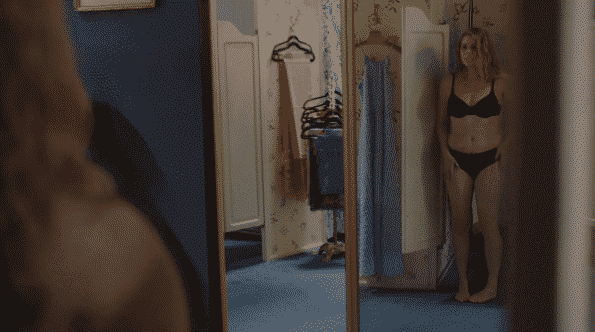 So let’s hone in on what we know. All over Camille’s body are words. Words which aren’t all negative things but many of which we have heard Adora say at one time or the other. However, her cutting didn’t really get extensive until she left Wind Gap. That is when she kind of spiraled. Now, as for why? Well, it is hinted, even in this episode, a train (group sex) was run on her. One which she may or may not have been a willing participant in. It’s rather hard to say since Camille is delicate yet could very well be like a floral Venus flytrap.

But, taking a step back, you have to question when did Camille stop? Based off episode 1, and how Amma addresses Camille, it has had to be years since they last saw one another. So, taking into consideration it is noted Amma is in the 8th grade, and the average age of an 8th grader in the US is 13 or 14, it would be safe to say Adora learned about all this maybe 7 or so years ago? Possibly more? This could be the time she was in college and maybe she pursued what happened in the forest again?

It is all really hard to say and rather uncomfortable to type about. That is, trying to pinpoint when, after being neglected by her mom, and seemingly putting herself in unfortunate circumstances for attention, Camille broke. On top of, what broke her? 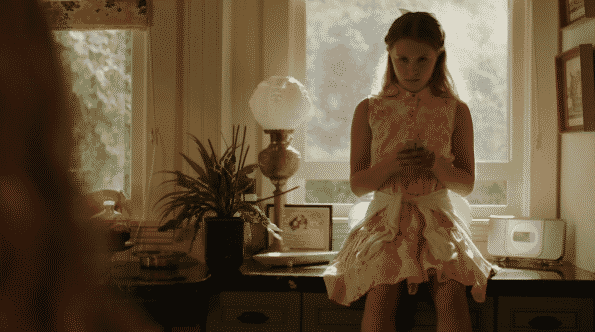 Amma’s article is out there and, according to Frank, it has begun to go viral. Which, of course, is causing a stir in the town. Some, like Jackie, she finds it refreshing how honest and open Camille is. It’s the main reason she seems to genuinely care about her. That and, who knows, maybe Camille is actually Jackie’s kid. Not that there is evidence for that but considering how shady all the women are, why is Jackie so close to Camille and seemingly not for dirt?

I digress – the article is causing a stir as is Richard being the assumed source or confirmer of Camille’s article. All of which Adora refuses to read herself. She knows her daughter well enough to know she is stirring the pot. She’ll have none of it. Especially since she has to deal with Chief Vickery bringing his wife and them exchanging longing glances at one another. One of which the Chief’s wife seems to catch but doesn’t say a word. I guess that ring makes her feel secure enough to not say anything. Not even make a sound.

But, focusing on Camille, while there isn’t any life-threatening backlash, Amma does get a bit pissed about the whole ordeal – at first. Mostly since, before discovering the article, Camille was fishing into Natalie and Ann’s relationship to Amma. However, once learning why she might be doing that, they begin to beef. Though, between Amma liking this attention, getting to really feel like Camille is her sister, and then seeing the scars, she gets forgiven.

However, when it comes to Ashley, who seemingly was planning her 15 minutes of fame off of Camille’s article, she is pissed. Acting like she has some information which would wrap up this whole investigation. It is all quite comical really.

What isn’t though is Adora deciding to butt into Camille’s relationship with Richard and have some one on one time. It begins just with a tour of the house but ends with Camille being described as delicate with thorns. A warning which perplexes Richard a little bit, but doesn’t scare him away. I genuinely do wonder what is the purpose of Jackie – in a good way. For the way Perkins plays her makes it seem like she is the key to learning about something. Be it Camille’s past, maybe to learn more about Camille’s dad, since she talks about how their family likes cops, or something else. For no matter how you look at it, Jackie may just be our sole source to the honest truth on what led to Camille starting to cut or how she found herself going from small marks to relieve herself to it being all over.

And speaking of wondering about their purpose, can we talk about Frank and his wife? While being her editor, talking about how the article is going viral, has meaning, it does make me wonder why there is also this sense that he lost someone and is compensating for that through Camille. Did they lose a daughter and Frank has doted on Camille to cope? Did he and Camille meet at some kind of meeting? Hell, is he some kind of sponsor for her so that, even if she drinks, she’d stop cutting? Their relationship seems way beyond professional and it makes you wonder how someone seemingly so private, became like a daughter to this man?

Leading to us needing to talk about Amma and Adora. You know, I think Amma was close to Ann and Natalie because they were damaged. Adora’s stories of Camille probably led Amma to try to vicariously have her sister with these two. For just that smile when Camille bumped her, at the shop, that sense of confrontation, you can tell Amma loves that s***. She wants to be the most interesting person in the room and if she can’t have it be a solo affair, she doesn’t mind sharing it. If not, at the very least, Camille acknowledging her presence.

As for Adora, I really do wonder her full backstory now. With her speaking of her own tumultuous relationship with her mother and how she has barely spoken about Camille’s father, all these mysteries are becoming like a buffet. Whose secrets do you want to dig into today? Adora’s love for cops? Such as Chief Vickery who, maybe, is Camille’s father? How about Amma being involved with the two girls who thus died and trying to figure out if she is next or inspired the murder of the other two?

Can you believe we only got three more episodes to see if any of these mysteries, and likely more to come, may get answered? Am I the only one a tad overwhelmed? 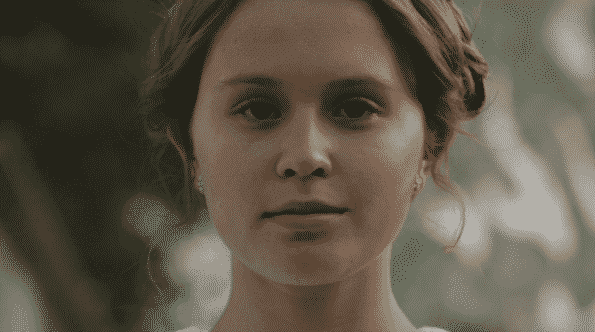 You remember Kirk Lacey, from the last episode? He originally was going to be mentioned in the recap, because he was creepy, but then other things seemed far more important than an off-putting teacher. After all, what man on this show doesn’t seem like a potential suspect? They all seem like they could be the killer. But, with it being made clear he was likely one of the boys who had sex with Camille, and how Amma is around him – MAJOR RED FLAG. For he is the common denominator between all three girls, right? Plus, what makes people more uncomfortable than a straight male teacher who cares about his female students too much?

However, him being the killer is just a theory. Just like Bob or John, who get into a fight because Bob drinks too much. But, the fight ends up becoming rather important for it is part of understanding Amma a bit. As has become clear, Amma likes attention. So her starring in a play the whole town sees, it must be ecstasy for her – I mean, look at her pupils dilating. That only happens when there is some kind of stimuli, or lack of light, happening.

However, Camille and Richard are talking and not paying attention, strike one; then John and Bob fight, strike two; and then everyone turns their back to the stage, strike three. With that, Amma runs off and after everything calms down, Adora throws a fit. Luckily, Amma is fine, just hiding in that old shed, but with this act of kindness comes a heart to heart between Adora and Camille, who found Amma.

In this, Adora continues to show her southern method of shade. She brings up Camille’s father and how his issues may be passed down to her, hence why Adora never loved her. Something which is said as part of an apology and it makes you wonder, does Adora even know how an apology is supposed to be done? 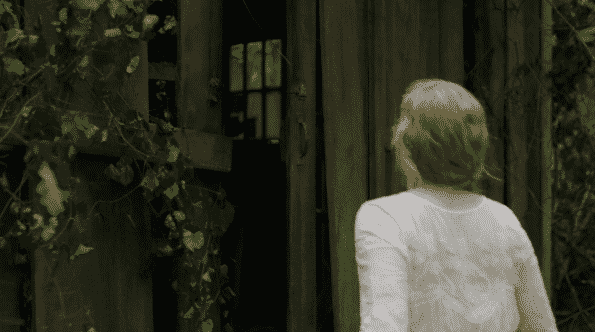 Let’s assume multiple things are connected. The Calhoun Day play is about a child bride who is assaulted and raped to the point of miscarriage. This happens in a town very proud of their history and it seems torture is done to the girls who die. I wonder what is the secret they didn’t say which led to them to be killed. Also, who knows the secret? Does Amma know the secret, hence that sly smile she walks around with like she has the world on a string? Could it be the reason she acts out isn’t because she wants attention, but knows that it would be so much harder for something to happen to her if everyone was watching? Hell, could it be the way Natalie was handled, that was to show Amma that being public and seen wouldn’t protect her? There are a lot of messages floating about and I can’t wait until one of the senders stops cloaking their number.

With that said, as for whether Kirk did it or not? It’s hard to say. It’s probable, but who is to say we aren’t being directed to look at everyone but the person who did it? Richard could be the killer for what we know. Hell, the Chief could be and he covered his behind by calling outside forces. All I know is, I’m expecting a twist to go down and I’m trying to avoid just reading book spoilers to know what happens.