A handful of reveals continue to bring the Ann and Natalie’s murder to the forefront and give some oil to get your wheels turning.

During all that has happened, there has been a need to ask: Who is Alan? We know he is Adora’s husband, but what beyond that? All we see him do is listen to music and seem like the butler to Gayla’s maid. After all, he isn’t really treated as much of a father by either Camille or Amma and as a husband? Well, we see more chemistry and playfulness from Chief Vickery speaking to Adora than Adora has ever shown to Alan.

Something he picks up on and addresses with Adora. Someone who will have nothing of it and when he mentions losing a child too, she basically asks the man if he wants a cookie for mourning without making a big deal out of it. Making you wonder, considering the conversations Richard and Camille have, is the show guiding us to look at Alan more closely?

Is it terrible that I wrote Alan’s name twice for the heading and damn near called him Adora’s wife? I mean no disrespect to the character or actor but, what has the man really said or done before this episode besides play music? Hell, considering talks about queer people, a part of me was wondering if maybe Adora was his beard and that is why she gets some jollies off talking to Chief Vickery all day in ways she never talks to Alan.

Yet, considering how upset he was, maybe he isn’t a beard. Maybe he is just sick of being disregarded by everyone. I mean, even when Marian died, sometime around Camille’s birthday, it seemed he tried to be there for her and got rejected. Making you feel kind of bad for the guy and it helps you understand why he is so consumed with music. Especially sad songs, for the most part. It is the only opportunity he gets to have someone relate to him. For I don’t think even Gayla speaks to him much.

You Were Supposed To Save Me: Adora, Camille

It seems Camille comes from a family line where mothers and daughters just didn’t get along. Be it her mother-in-law or biological mom, Adora didn’t get along with the woman but thought Camille could solve that. How exactly? Who knows? Maybe by giving the woman her first grandchild, it was supposed to solve something but Camille never conformed to what Adora wanted.

Assumingly, unlike Amma, she never presented a ruse and gave Adora what she wanted and then went off to be herself. Camille was who she was day and night and if Adora tried to control that, she found a way to rebel. So, with her not being someone who saved her but maybe, in Adora’s mind, further damned her, she got blamed for everything. She became the cross for Adora to bear and so now, any trouble she experiences, any discord in the house, or Chief Vickery speaking about Amma, it must be Camille’s fault. 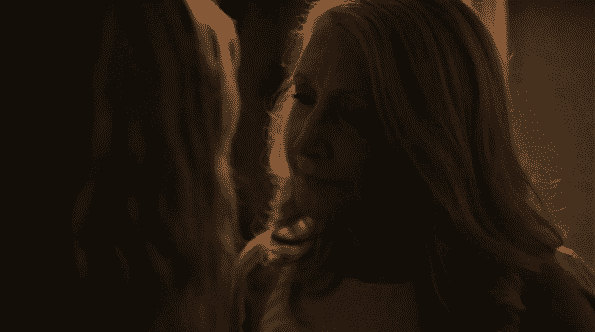 You have to take note of Amy Adams in that scene, when Adora lays out to us why she hates her own daughter, going into a shell like she did. Though Camille is a vulnerable character, no matter how tough she makes herself out to be, she doesn’t often present herself as small. Scrappy, a bit worse for wear, yeah. However, rarely do we see her around people in a defeated state. Yet, Adora not using a single curse word, not even raising her voice, you see her slash at Camille’s skin as if she wrote ever scar. Which, considering the episode title is “Ripe” and that is what Adora calls Camille, maybe each word on Camille’s body is something her momma said.

Let’s break this down for this is where the intrigue comes in: First and foremost, after trying to get John off with a hand job, and him leaving, Ashley discovers and hides a blood stain under the bed. Also, later on, to deal with being fired from his job, he sits down to drink with Camille and reveals Amma used to be friends with Ann and Natalie. In fact, they all played at that creepy ass shack which is connected to some kind of trauma in Camille’s past.

Speaking of past, to help Richard get a further clue of the illustrious crimes of Wind Gap, she gives him a tour of their forest which seems to be illustrious. For if it isn’t lesbians who committed suicide together, or there was a murder-suicide, which left a child, there are the rapes. Well, rapes depending how you look at it. Richard sees it as rape for the idea of a girl letting a train be ran on her is absurd to him. For Camille though, who might have been the cheerleader who took on the football team, she reminds Richard of the double standard he brings up.

However, no matter how Camille tries to spin things, it becomes more and more clear to Richard that she is hiding something. Be it her being the girl who had the football team, something happening in the shack which connects Ann and Natalie, or something else entirely. And seemingly, to get his mind off her past, she decides to put his hand down her pants and let him finger bang her. Then, later on, kiss in front of her house as her momma, for a little bit, watches.

Leading you to wonder, while Alan seems more suspect, who is to say Camille couldn’t have come down from the city and killed one of these girls? 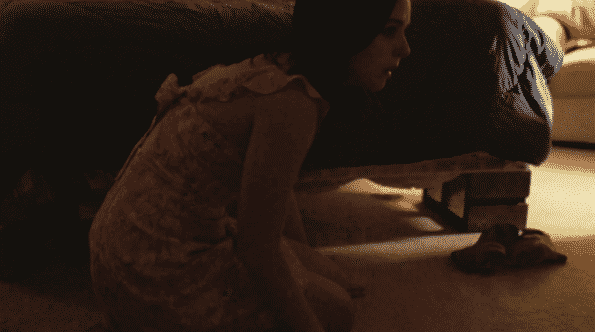 So the mystery is now in high gear and while we are playing Red Light, Green Light with suspects, at least there is more traction now than the first few episodes. But, with Alan stepping forward, Adora still seeming creepy, alongside Camille raising a handful of red flags, I even feel the need to question if Frank is involved. I mean, Frank keeps pushing for a story from Wind Gap but, if I recall right, he wasn’t looking for her to solve the murder. Was that reverse psychology because he wants her to learn what he did?

Well, considering Natalie popped up with him in St. Louis, he isn’t a likely suspect. Plus, there hasn’t been much to lead us to look at things in his direction. Though, with Richard noting that Bob Nash is unlikely, at least everyone’s favorite oddity is off the list. However, in this game of Red Light, Green Light, John takes a step forward thanks to that blood. Which, for some reason, Ashley cleans up and leads you to wonder if maybe she did something. Though, the problem with that idea is the whole teeth pulling thing. While Ashley could have killed Natalie, maybe Ann too, the girl doesn’t look like she has the strength to pull teeth. But, one thing we keep forgetting is that this didn’t have to be a one-person task. Who is to say multiple people weren’t involved?

But, as of now, I don’t have any real bets on anyone. Everything is very circumstantial right now and we are being given just another motive for everyone to do something. Be it because of something premeditated or maybe someone snapped. Heck, maybe someone has some kind of Twin Peaks memory gap thing going on. It’s too soon to pin the tail on the serial killer.