The investigation into the deaths of Ann and Natalie begin to gain traction as Amma and Adora become more suspicious.

What does get revealed, alongside that tidbit, is that the iPod or phone Camille has been listening to? That belonged to Alice. It was how Alice found an escape from the hospital and gave her some peace. Unfortunately, though, she didn’t find enough to keep living and killed herself. 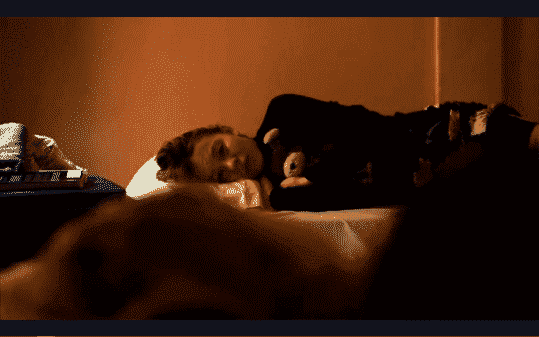 I wonder how Adora handled Camille being a cutter. That is, assuming she even knows. Because the way she tries to distance herself from Camille, and avoid any accountability in how she is, who knows if she wants to even admit she knows something. I mean, it is summer and Camille is covered head to toe. Is no one going to question why?

That aside, with this Alice thing, it is nice to see that there was a time Camille did seek out help but it does make you wonder if isolation is all they do for people who are cutters? Also, while we’ll have to wait to see what broke Camille, there is a need to wonder what broke Alice? Was it seeing that Camille, an adult, didn’t have a better life? That things with her family didn’t get better and college was hell? Did that effectively end whatever hope Alice had? Also, was that Alice’s MP3 player or phone? Not to forget, who did Camille call while in the hospital?

Oh, and one last thing: when exactly did this all happen? Heck, where did this happen?

Things begin getting a little intense when it comes to Amma and Adora. When it comes to Adora, it seems the unofficial mayor of Wind Gap is hot on Camille’s tail whenever she tries to dig too much into anything and anyone. Bob Nash in particular since, like Natalie, it seems Adora mentored his daughter Ann. Making you wonder if the woman in white is her. Especially considering her rather odd relationship with Amma.

Someone who really is coming out of pocket and presenting as many reasons to suspect her as Adora. For with her talking about how she can get whatever she wants, how she manipulates people, and this Jekyll/Hyde thing she has going, who is to say she didn’t get one of the random names we hear, Charlie or Nolan, to kill Ann or Natalie. Especially since she could have been jealous of them getting her mother’s attention.

I mean, just look at how she acts with Camille. She goes from hugging her and liking the idea of having a sister to picking with her. Leaving a lollipop in her hair. Just being a plain ole’ brat. All to perhaps bring out this dangerous side Adora keeps talking about. But whether it is because she wants to see the danger or join in the fun, we’ll have to wait and see.

Despite how much Adora may protest, being that Frank wants more out of Camille, she is stuck in Wind Gap. Leading her to try to speak with Bob and learning Ann was a more mature girl, one in which Bob was as close to her as seemingly John was to his sister. Yet, for some reason, these two men think each other are the killer.

As for Richard? Well, with Chief Vickery pushing the idea it was a trucker or Mexican, Richard and him don’t see eye to eye. Especially since the Chief wants to keep avoiding the idea it was a local or a serial killer. Yet, Richard isn’t able to gather much to refute him. For with him being an outside, no one really wants to talk to him. So he finds himself sort of at Camille’s mercy if he wants new information. Which makes him uncomfortable but it isn’t like he is trying to stay in Wind Gap forever. So episode 3 is the episode when the mystery starts to ramp up. With Amma revealing more of her dark side, maybe even mean girl side, she has become a suspect. Considering Adora knew both girls who died, and plays the victim oh so well, she seems like a really good suspect. Especially once you add that “Lady in White” story.

As for anyone else? Well, Bob and John honestly don’t present themselves as anything but your average weirdo. Ashley, on the other hand, she seems to benefit from the assumption that, if there is a killer on the loose, women, especially pretty women with perhaps some money, aren’t going to be looked at. Why else try to control the narrative around John. Yes, on one hand, it could be because she feels their fates are tied or she wants her 15 minutes. Yet, on the other hand, who is to say this was all done by one person? Maybe she is one of many and to get John for herself she and others took out Natalie. Maybe in a similar way to how Ann was taken out to throw off cops.

The wheels definitely are greased and have begun turning. But who knows if we may have even met our killer yet.