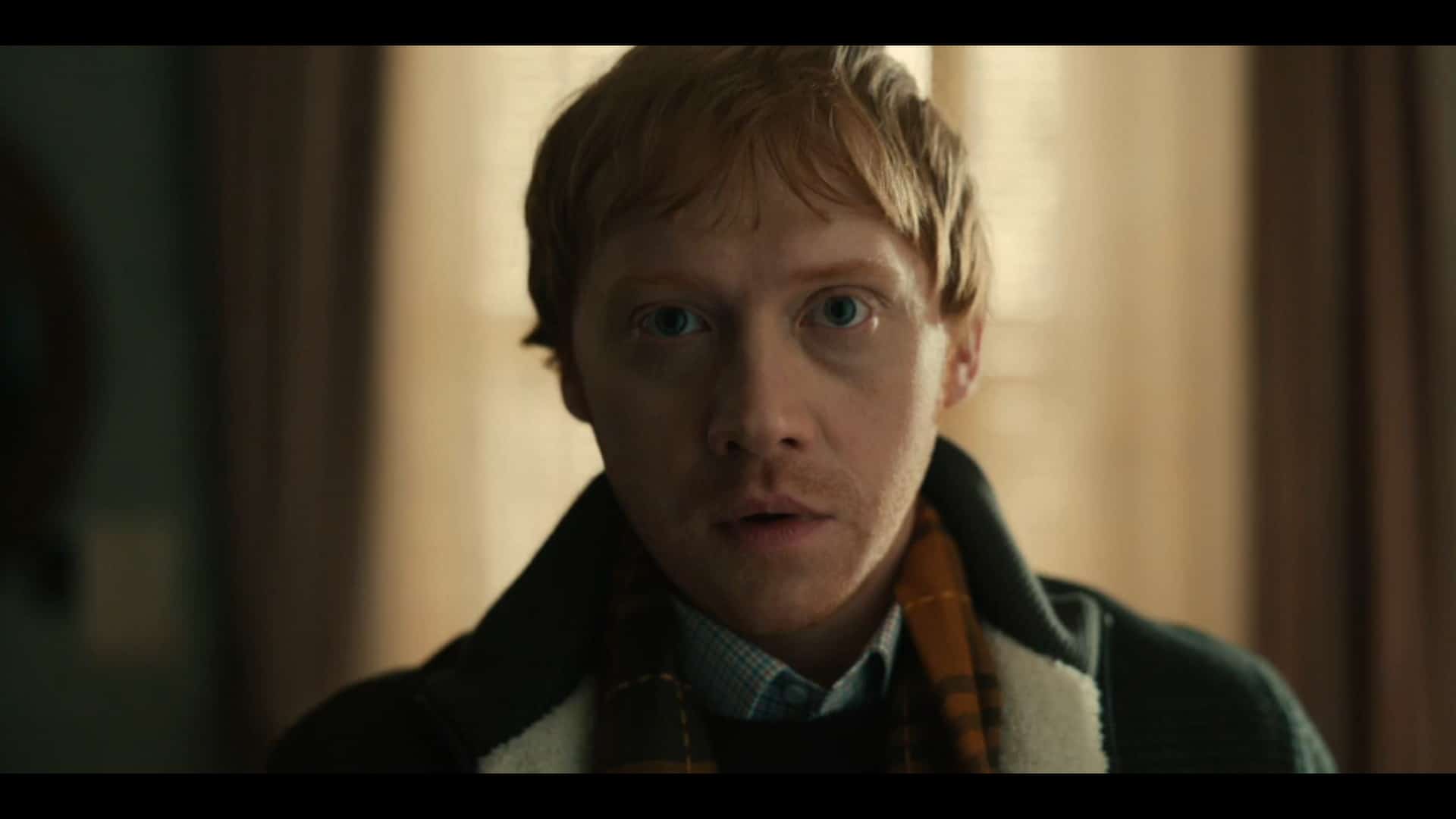 As Sean takes a liking to homeless kids who live in a park behind the house, Julian, once more, ventures into the mystery of who Jericho is, despite everyone moving on.

It seems with being sober comes Julian not being able to drown out being part of why Jericho dies and leads him back to questioning, who is this child in his sister’s house? So, after talking to Veera and Roscoe, the plan was to get hair from Jericho and Leanne to prove Leanne is Jericho’s son.

When it comes to Sean, things are very chill in his household, and what Julian is proposing means chaos, so he is against it. Roscoe? Honestly, he still hasn’t slept right since all that happened, and things aren’t good with his wife. So participating in this is about the money, and even then, he is limiting his time around Dorothy’s house.

This brings in Leanne. Because she is so tidy and clean, finding her hair is more difficult than plucking some out of Jericho’s. Julian even goes so far as to make out with Leanne and tug on her head to hopefully get some hair, but those roots are strong, so he doesn’t get any. So, after talking to Veera, course correction is done, and instead, Julian focuses on getting his sister’s hair to prove she is not the mother.

Let’s Get Out Of The House And Speak To People – Sean, Leanne, Dorothy 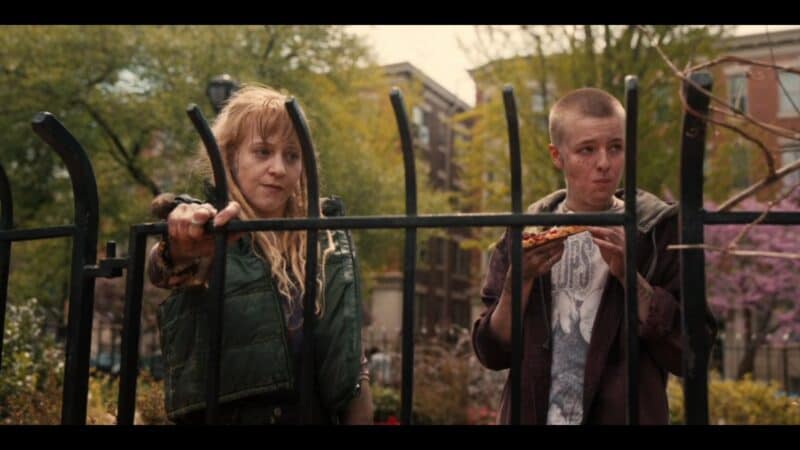 The only person who Leanne trusts, has her best interest in the house, is Sean. So when he advocates for them going to the park behind the house, Leanne is hesitant but willing. However, as homeless youth pop up and Sean engages them, Leanne gets uncomfortable and wants to go home. Understanding that Leanne doing this much is progress, it is fine with Sean, and they head to the house.

But, while Leanne has no desire to engage with the kids, Sean does. Due to being homeless when he was younger, he identifies with them and starts cooking for them and even letting one use his toilet. This doesn’t sound like a good idea to Dorothy, for she feels like they are casing the place. Yet, when she realizes she can use these kids for a new story, she becomes much more willing to have Sean deal with them. Not to the point of having them use her bathroom, but him wanting to feed them? What’s the harm in that?

Enough Of That – Dorothy, Julian 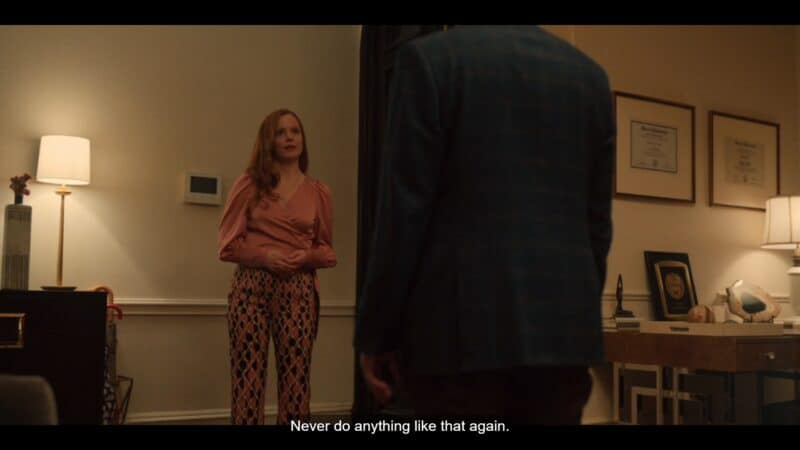 When Julian gets the results back, he learns Jericho isn’t Dorothy’s kid, but the reason for that is the brush he found the hair in wasn’t Dorothy’s. The whole scenario, from sitting down with Dorothy to one of the mothers showing up for her things after having to make a mad dash, plays out, and Dorothy is just exasperated by Julian. She even questions his sobriety due to his actions.

For the most part, Sean has been a bit of a mystery. We know he is Dorothy’s husband and a chef, but we didn’t see his father or members of his family come over. Also, outside of Toby, all of his friends are Dorothy’s. So with these kids, it seems Sean finally has something that is originally his on this show and where, even with him doing better financially, he can relate. They understand a life beyond the multi-floored home, minor inconveniences leading to meltdowns, and drug addicts whose addictions are hunched off. These kids get it.

Now, is it likely these kids are nefarious? Yeah. Do you think they are really going to have some nomadic teenagers pop up, befriend Sean, and be there just to show he is a good person and delve into his past? If that was the case, Dorothy would be a supporting character and not a lead.

Us Heading Back To The “Is Jericho Really Dorothy’s?” Storyline 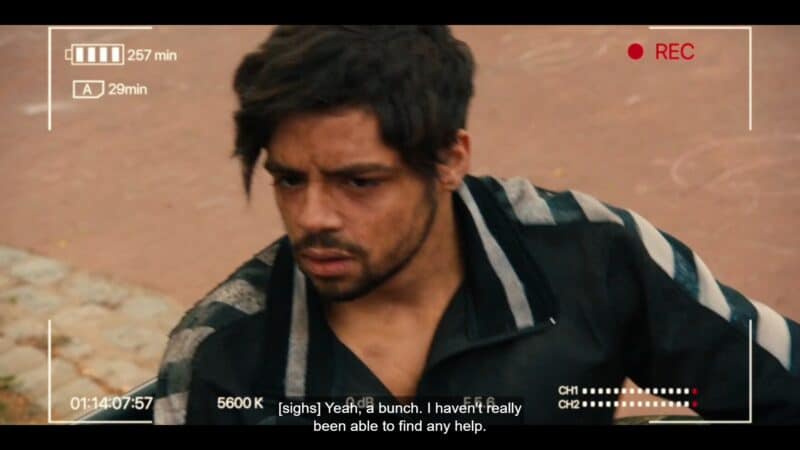 Sometimes I find myself forgetting Servant is only a half house show in its third season. Mainly due to, in retrospect, the pacing making it often feel like a 45 minute to an hour show. Also, because the show always has to ramp itself up, it makes Julian wanting to investigate Leanne and his mistrust? It just seems like a storyline that has long been explored, and you thought was concluded.

But, it seems whatever guilt Julian is carrying, that drugs and alcohol alleviated, is back full force, and now he needs to find something new to obsess over than deal with his stuff.

Servant: Season 3/ Episode 3 “Hair” – Recap/ Review (with Spoilers)
Overall
As it appears Sean is about to get a major character boost, while bringing in people Leanne is running from, Julian's sobriety pushes you to wonder if he might flail this season.
Highlights
A Dip Into Sean’s Past and Him Bonding With New Characters
Disputable
Us Heading Back To The “Is Jericho Really Dorothy’s?” Storyline
79
Follow Wherever I Look on Twitter and Instagram, Like us on Facebook, and Subscribe to the YouTube Channel.