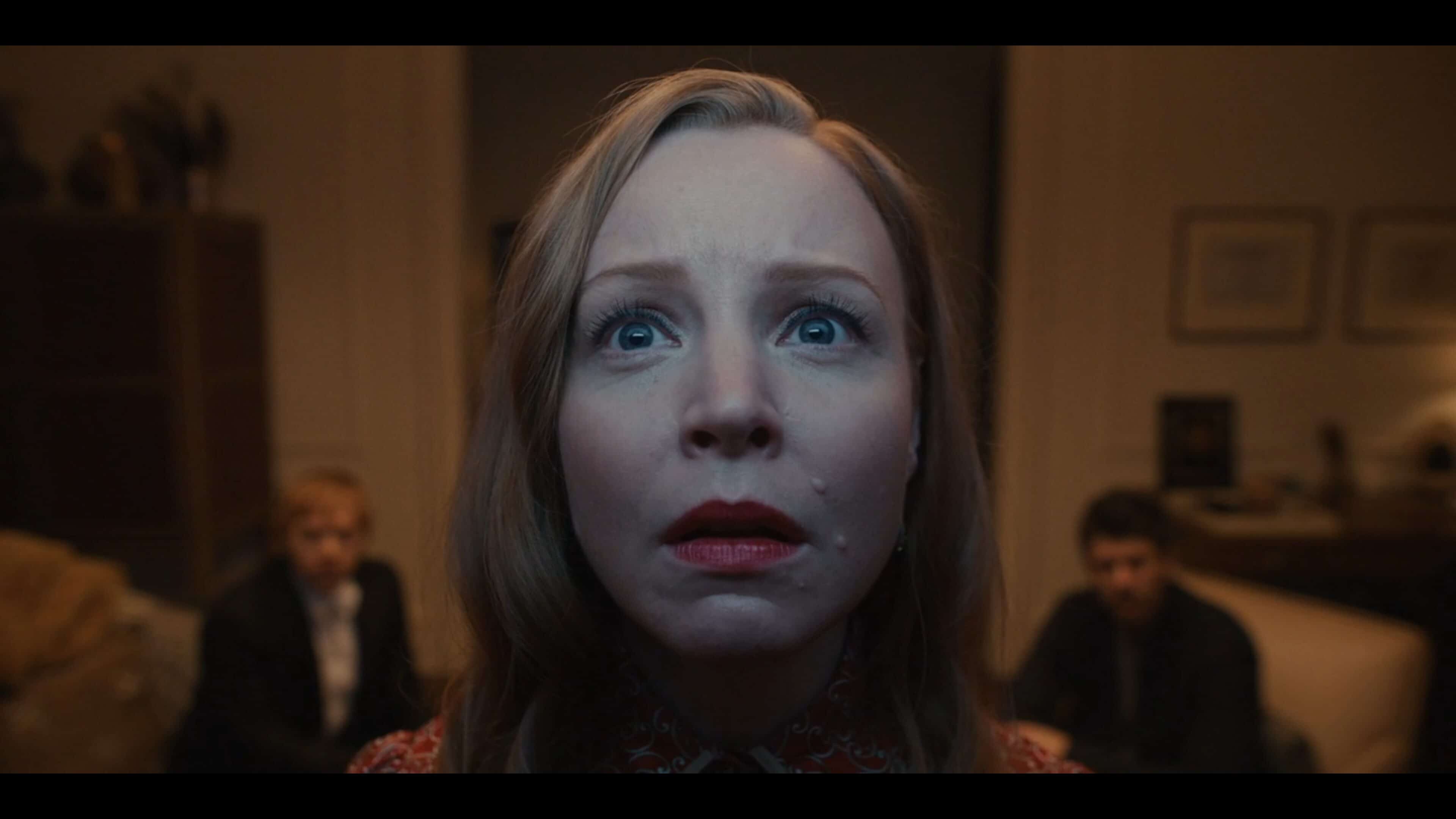 With the return of Leanne and Dorothy’s madness heading towards new levels, Servant starts to finally get interesting.

Rather than focus on Jericho’s death, Servant switches things up and focuses on Dorothy having a difficult pregnancy. One which called for her to be in bed for a month. This, as anyone can imagine, was hard for both her and Sean. For Sean because Dorothy was demanding, and for Dorothy? Well, when you’re used to being able to do as you please and work, being stuck at home, in one room, having to have your husband practice cleaning someone’s bottom and genitals with you, it isn’t ideal.

With Dorothy’s plea on air, she has gotten a lot of addresses and alleged sightings of Leanne, but none of them really pan out. Either they are similar, but not the target, or just people messing with her. This is increasingly frustrating for Dorothy as she is increasingly unsure of what she is going to do with her belief her child is out there.

But, then she gets lucky when Julian discovers an estate that seems big enough to house Leanne, the Doomsday For Lesser States, and the owners, the Marino family, they are rich and heavy churchgoers – what a better target for Aunt May? Well, the question then becomes, how to get beyond the gates and see if Leanne is in there?

So, Dorothy and Sean start a pizza business, and they make sure to build up a reputation with the neighbors, and then they get lucky, and the Marino family order pizzas for the kids in the house. Now, who are these kids? Do they all belong to Mr. and Mrs. Marino? Probably not. One or two, maybe, but not the whole lot. Though, who knows? Between just sponsoring the league and who knows what else, the kids can belong to anyone.

However, the point isn’t the kids existing at all, but the fact Leanne seems to be helping to take care of them – which Tobe discovers. Leading to, since Leanne isn’t aware Tobe is wearing a camera and wire, her ordering a second pizza so that she can talk to Tobe since he was the closest thing to a friend she had. Plus, they did go on a nice date.

But, unbeknownst to Tobe, the pizza he delivers to Leanne was drugged so that Leanne would collapse, and now Tobe is forced to kidnap Leanne, or Dorothy will call 911 and make it look like Tobe committed a crime.

As for where Aunt May and the rest are? That isn’t covered.

Leanne Is FINALLY Back!

Servant needs Leanne. Dorothy and Sean’s marital problems are not a hook, nor is Dorothy’s mental state when all she has is Julian and Sean to play off of. If anything, they’re lowkey a repellent. However, throw Leanne into the mix, and even without the supernatural element, so comes Dorothy stepping up her game, and you feeling like everyone dials it is unless Leanne is in the episode.

With that said, Dorothy blackmailing Tobe is trash, and Sean for getting him involved in this BS. But you see how this family treats people of color, so that shouldn’t be any surprise.

With Leanne's return, and how Dorothy handles it, Servant finally feels exciting to watch in season 2. - 84%

With Leanne's return, and how Dorothy handles it, Servant finally feels exciting to watch in season 2.