The Marvelous Mrs. Maisel does stumble a bit in its first season, but ultimately its charm sees it through.

Sometime around the year 1956, one Miriam ‘Midge’ Maisel finds herself in the middle of a separation from her college sweetheart and having a thorough breakdown. One that strangely doesn’t lead her to drinking, maybe not even looking for revenge sex since her husband, Joel, left her for another woman. Nope, instead, she heads to the stage of the Gaslight. A place where her husband bombed and stole other people’s jokes but when she hits the stage, she kills. Thus to her becoming friends with this woman named Susie. Someone who is a bit of a pit-bull, but has the best intentions for Midge. Especially since, with her seeing a lot of horrible and good people come and go, she wants to protect this one. Also, she does want to move past her daily duties of picking the acts.

Yet, there are multiple problems. Of which primarily are the issues which come from Midge being a 26-year-old woman heading toward divorce, doing vulgar stand up, getting arrested, and becoming a bit of a mystery. Especially to her parents Abe and Rose. Two people who Midge still heavily relies on to take care of her two kids, and her, especially after Joel’s father Moshe decides to snatch away his son and soon to be ex-wife’s apartment.

Though, in the long run, he may have jumped the gun. For while things get bad for Midge’s personal life and burgeoning career, it seems both, by the end of the season, could recover. That is, depending on how Joel handles learning about the woman his wife has become.

Catch The Marvelous Mrs. Maisel Only On Amazon 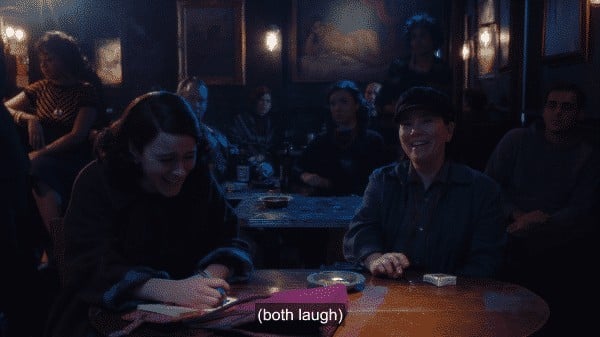 The heart and soul of The Marvelous Mrs. Maisel is Midge’s interactions with Lenny, Susie, and Joel, in that order. With Lenny, you see this weird possibility of a love interest. Yet, at the same time, while it never goes there, what we do get is a genuine friendship. One in which, even though Lenny is only really there at the beginning and end of the season, it is like he is a bit of a mentor to her. If not, an example of how, despite the sexism Midge goes through, that not all men will undervalue her comedy.

Then with Susie, you got to appreciate this tough as nails lady who protects Midge, even when she discovers the woman comes from a completely different life. I’m talking, Susie’s whole apartment might be the size of Midge’s bathroom. Add on that Midge is very back and forth about the comedy thing, at first, and practically demands Susie to open up to her, and you get an interesting dynamic. One which Alex Bornstein takes full advantage of to the point that I think she could be a possible contender for major award recognition.

Which I especially say because she helps balance Midge out. After all, as noted below, it becomes hard to feel bad for a character whose struggles come off as so minor that they can come off as tantrums. All because she is learning, “Oh, I’m not good at everything and sometimes I may actually fail.” Meanwhile, with Susie, while it isn’t like she is reliant on Midge for money or a career, she does present this idea that someone has something to lose. Not just time, but possibly a once in a lifetime opportunity. I mean, think about it, how many comediennes like Midge come around? How much longer do you think Susie can deal with seeing talent come and go while she is stuck just admiring or being disgusted? She is arguably that underdog audiences find themselves attaching to and rooting for. Meanwhile, Midge is just her ticket and, for us, Susie is the one who keeps her from becoming aggravating. 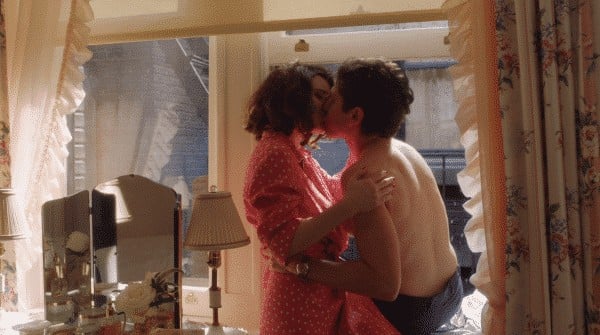 Though, I must admit, Joel helps with that as well. More so through flashbacks than in present times, however. Because, believe me when I say, those flashbacks benefit both characters greatly. Especially since it pushes you to wonder, particularly for those who went straight to episode two and didn’t re-watch episode 1, how did these two fall apart? They were flirty, Midge sometimes was a bit dirty, and they seemed to have a sincere and genuine friendship. I’m talking #RelationshipGoals. So for them to barely talk now and Joel being able to leave her like that? All over a failed comedy routine? It was puzzling.

Yet, as they talked more and we saw them fall back in love, it helped steal away some of the less likable parts of Midge and Joel. Yet, without diminishing Midge as a character and letting her keep her edge. Thus making these three characters essential in keeping Midge from seeming like the type of character you more so want to see hit your version of rock bottom vs. her version of rock bottom.

Being that Midge is a bit of dirty comic, and we’re talking about the 50s where even men couldn’t get away with certain words and vulgarity, it made it weird that Midge only got arrested early on in the season and then never again. As if they are simply a part of the history lesson and once that lesson is done, they are forgotten. Even with Midge not changing her act to appease them or after she pleaded guilty in a court of law to charges dealing with her act. One of the unfortunate things about television, whether it is network, cable, or streaming, is that with most showrunners not knowing if their show may get another season, they can’t plan ahead. So while Amazon found Mrs. Maisel to be a hit for them, the first season does give off the vibe that just in case this was one and done, fans would still be left satisfied.

Which created a bit of a problem, one that Susie kind of adds fuel to since she even notes how quickly Midge is getting the hang of comedy. Thus making it so, it feels like we don’t get the struggle you expect to see. Like, Midge only bombs three or four times in the season. Also, she abandons comedy twice but Susie welcomes her back with open arms as soon as she reconsiders. Adding onto that, there isn’t much of an argument about her doing that either.

And while, yes, you have to recognize Susie has connections, as well as Lenny giving Midge some of his clout, things just go too smoothly for Midge’s comedy career. To the point it really takes all the excitement you should have for her rise out.

Heck, throwing in her personal life, her and Joel getting back together even seems rushed so that it could fit into the 8 episode season. And this is despite him leaving her for a younger, some form of Christian version of her and her rejecting getting back with him when he asked. But, I guess, being that marriage isn’t something I’ve experienced yet, maybe the way they acted might seem normal to some. Especially once you consider the era they are in and the fact they have two children together. Never mind the rules and customs of the Jewish faith.

Dealing with a Privileged Character Whose Only Obstacle is Her Gender As noted, Midge’s life is without much hardship or even obstacles. Yes, there are annoyances like her losing her husband, having to move back in with her parents, and having some shame in this new thing, stand up, she really enjoys. However, as for major things like money, keeping a roof over her head, and the sense it has to be now or never, that isn’t presented to us. Hell, even when it comes to Midge being a woman and what female comics have to go through, that gets minimized. Yes, she gets sexist hecklers, and almost gets stuck into some kind of duo that would place her in a very traditional role, but anything which would make Midge part of the modern #MeToo movement? Things that you know was going down at the time? That, and most dramatic elements which could have been taken seriously, even outside of her comedy career, are avoided.

And that’s why I brought up how important Susie is because Midge doesn’t fit your typical underdog profile. At times, she solidly comes off as this ostentatious upper-middle-class white woman who you just want to see taken down a notch – even though she seems quite lovely. For she just comes off so into herself, so oblivious at times to how other people live, that without Susie and Lenny being integral parts in diluting your preconceived notions of her, there are times you could outright dislike her. 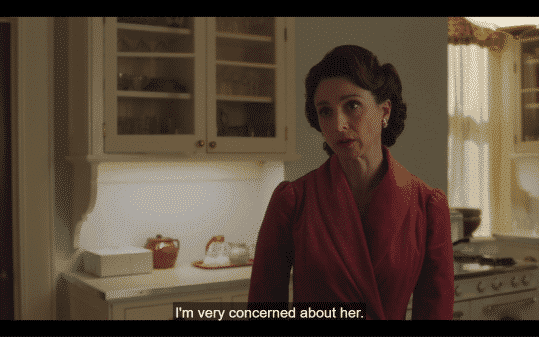 When it comes to Midge’s family and friends, excluding Lenny, Susie, and Joel, at best they are good at establishing the culture Midge grew up around. At worse, it seems from Abe to Imogene, each actor was cast more so for name recognition than being put to good use. Now, don’t get me wrong, Abe, Rose, Moise, and Shirley do help you understand how Midge and Joel became the people we know. Heck, Imogene shows you why Midge should perhaps be more worried than she often is with the idea of being a 20 something, unmarried, with kids, divorcee in the 1950s. Yet, again, there comes this problem of this show skirting around truly addressing any element or storyline which would call for a dramatic performance.

Something that becomes a real problem for these characters since they don’t have a Susie or Lenny to help reduce how nauseating they can be. And while Abe deals with Rose giving him the silent treatment, and Rose has to deal with her daughter keeping secrets from her, you take pleasure in their misery and justify it more than feel bad for them. Just because they come off so pompous 90% of the time.

The main issue with The Marvelous Mrs. Maisel is that it asks of you to take pity on a character who doesn’t have much to lose besides blocks of her time. There is no real urgency for Midge and no mention of a dream she has long had or anything like that. Her doing comedy is of the same ilk, at times, like her learning how to play cards with the wives and be the best at it. Also, in the pursuit of being a comedy, it downplays most of its more dramatic elements which could help make the sometimes snobby characters a little bit more likable.

Leading to why the Mixed label. While the charm is there, and the supporting actors do their damnedest to keep you interested in Midge’s life and potential career, the show creates a bit of an uphill battle for itself. One that, with patience and faith, you can surmount but

Has Another Season Been Confirmed?: Yup, according to Deadline.