SMILF is perhaps one of the few shows which doesn’t try to glamorize or make it a thing of comedy to be working class, or maybe even poor. Nor does it seek to make it into awards bait. It just presents life as many of us live it – fantasies of better and all.

A late 20, early 30s year old single mother, Bridgette Bird, is just trying to provide a better life for her 2 year old son Larry than she had. One which doesn’t include the kind of sexual, verbal, and maybe even physical abuse she experienced (if not experiences). But, with no consistent job and Larry’s father, Rafi, being an early stage recovering addict, life is hard. Yet, with help from her best friend Eliza, a per diem job helping this woman named Ally, and her kind of crazy mom Tutu, Bridgette gets by. She may not thrive but she does survive. 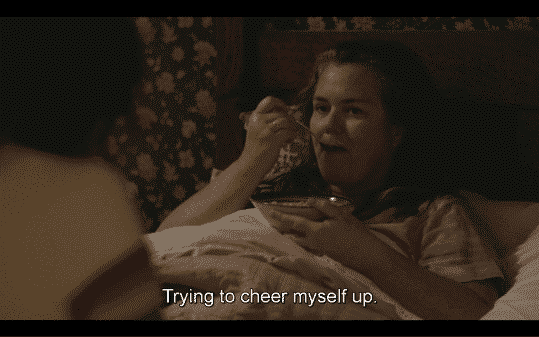 The undisputed best part of this show is Rosie O’Donnell as Tutu, real name Colleen. Her hot and cold relationship with Bridgette, in which she seems like she may smack her one minute and needs her to validate her as a mother the next, is beautifully chaotic. Especially as you realize there is a generational pattern at play. Tutu’s parents were horrible to her and her sister and because she never learned how to do better, be better, and seemingly didn’t put the effort, or have the energy, to do so, the abuse passed through her and onto Bridgette. Turning this rather happy child we see in episode 8 to this adult who struggles to smile, has some issues with intimacy, and says “I love you” in such an exasperated way that you aren’t sure if she means it as a question, her hoping she truly does, or it is just a natural response since it keeps a situation calm.

But even outside the damage we know happened to Tutu or she has caused, O’Donnell presents the type of character I fully expect to be one of the crowning achievements in her career. For it is the reconciliations, like in the Groundhog Day esque episode, episode 5, which really hit home. The episodes where you realize that Tutu so badly wants to love Bridgette and for her to love her. Not just out of obligation, because she is her mother, but because she really wants to. That Bridgette can find it in herself to forgive what Tutu did or did not do and perhaps understand it wasn’t out of malice but either Bridge’s best interest or an inappropriate reaction to something Bridge said or did.

Leaving one last thing, it also must be noted Tutu is shown as more than simply Bridgette’s mother. In episode 6, we meet the illustrious Edmond and deal with the aftermath of their reunion in episode 7. This reminds us that while we may largely see Tutu as Bridgette’s mother, we need not forget she was someone long before Bridgette was born and she had hopes, dreams, love, and fantasies. Of which, include a satisfying sex life.

Nelson and Her Relationships

Though an odd couple, who were brought together by means which doesn’t quickly come to mind, likely through an app or something similar, you must admit Nelson and Rafi are cute together. Especially in terms of Nelson being a very supportive girlfriend. I mean, take into consideration how she treats and handles Larry, how supportive she is of this beer idea Rafi has and while she does struggle, her recognizing that Bridgette is likely a permanent fixture in Rafi’s life. So it would be better to become friends with her, support her as if you met her before Rafi, and get along.

Making it so, thankfully, the joke about her nipples always being hard died a quick death. It is very hard to concisely speak on how great Frankie Shaw’s writing and depiction of Bridgette is. She is a character who we may see take part in odd and fantasy sequences, but never loses this vibe that she is down to earth. That, unlike many characters living paycheck to paycheck, there isn’t this Hollywood liberal idea that “If you just pull up your bootstraps, you can make it!” No. It really isn’t that simple.

It’s made clear to us, through Bridgette getting Casey into Harvard, by doing all of his work, she is more intelligent, at least book smart wise, than given credit for. Yet, she struggles to pay her rent on time. On top of that, be it her father repeatedly molesting her or something else, there is something holding her back from her full potential. And this is even with a decent sized community surrounding her. Including Eliza and Nelson who become the type of girlfriends I’m sure many ladies wouldn’t mind having.

Thus leaving us with a character who isn’t necessarily this underdog who is on the come up and just waiting for an opportunity. No. Like many of us, she is just someone trying to survive and is struggling in her attempt to do just that. So, a lot of the time, she has to humble herself to the point of seeming beaten and dreary. For, based on her relationship with Tutu, she has learned making yourself seem smaller can lead to more generosity. But even then, that only works to a certain point. And while she knows how to manipulate people to a certain degree, unlike others who know how to use it to create some means of social mobility, even if just something temporary, Bridgette isn’t given that. With her, there is no splendor – just making it to the baseline. Whenever there is a Black best friend character, the instant reaction is an eye roll. If only because, more often than not, especially when said best friend is a Black woman, much less a plus size Black woman, that character is solely made to support the lead. That and act as a token who we get minimal information about. Such doesn’t apply to Eliza.

For despite never seeing Eliza unless Bridgette is in the scene with her, from meeting her sister, father, and learning about them and their relationships to Eliza; her being supportive of Bridgette and Bridgette, in return, supportive of her when she can be; and just getting this overall vibe that despite Eliza never being solo, she has a life outside of Bridgette, this is progress. It may not seem like a whole lot of progress, but just Eliza seeming self-aware and not wanting to give into any stereotypes for me not only made the character funnier but also tipped a hat to the audience letting you know Eliza wouldn’t be treated like that. With Rafi being Bridgette’s ex and Larry’s father, naturally, he is an integral part of the show. However, the way his character develops is kind of a sputter. As Rafi started to re-engage with his religious beliefs, his pastor kisses him and that gets cut off. After building up this idea of him being a serious mother’s boy, and that influencing all his relationships with women, we see his mother for less than 5 minutes and no more mention or sight of her. Lastly, there is his drug addiction. It is clear to us he is addicted to pills yet how and why isn’t dove into.

To put it simply, the Rafi we meet at the beginning of the series isn’t made that much more complex than the one we know at the end. What we get with him is all surface level and as noted in one of the recaps, it is almost like he gets clipped at the knee so that he can never compete with Bridgette when it comes to being the focus. Pushing the idea that men on this show were written to be an end to a means with just enough background to draw good actors. Yet, not give them enough outperform the women in the show.

Ally is just a weird presence on this show and if I was to be completely honest with you, she comes off as more of a liability than an asset. While she helps, through her kids, show us Bridgette’s intelligence, and Bridgette having sex with Casey sort of hints at Bridgette still being stuck at the age the boy is, until life knocks her on her behind and reminds her she is older, she is kind of meh. Or rather, she brings this unnecessary bit of canon absurdity to the show. Whether it is offering Bridgette to do a threesome, her getting a bunch of plastic surgery and, due to being mid-key racist, expecting Bridgette to play her nurse, and a whole bunch of other nonsense.

Though some aspects of the show certainly will need to be improved, basically just Rafi and how to handle Ally in the future, SMILF generally is a pleasant watch. It has a certain authenticity most Hollywood productions don’t seek out when it comes to working-class people and how it addresses mental health, addiction, and family makes it a bit difficult to compare to anything else – well, besides Shameless.

But, in the absurdity that Shameless pursues for its jokes, SMILF seeks out the absurdity to show how those like Frankie cope after experiencing abuse, disappointment, and struggling with what it means to not just survive, but find a purpose outside of being a friend or mother. 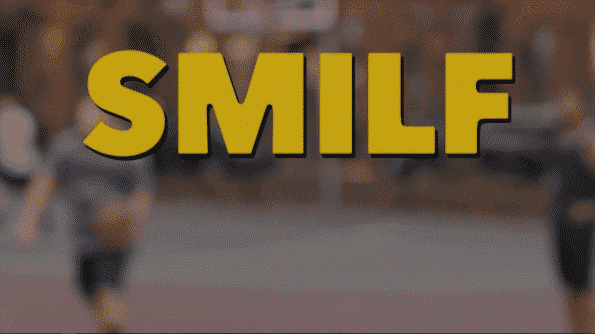 While I adore Bridgette and the writing of SMILF, Shaw’s competition is a bit steep. She is going against Pamela Adlon, who is long overdue for major award recognition; Rachel Brosnahan as Midge is perhaps one of the most appealing, in terms of her playing this bubbly, dirty comic; Issa Rae’s Insecure winning a Golden Globe will be a major tip toward her journey, which is quite noteworthy, and… well I’m not 100% sure why Alison Brie is nominated vs. Tracee Ellis Ross. So at least she has one person not to worry about.

I cannot fathom, at this time, who, whether Rosie is nominated in the comedy or drama category, is her competition for supporting actress? The only thing which could impact her winning is the fact that Tutu is a largely dramatic character in, based on Frankie Shaw’s Golden Globe nomination, a comedy.

Has Another Season Been Confirmed?: Yes, per Deadline