Ready To Love: Season 7/ Episode 8 “The Truth Will Set You Free” – Recap/ Review (with Spoilers) 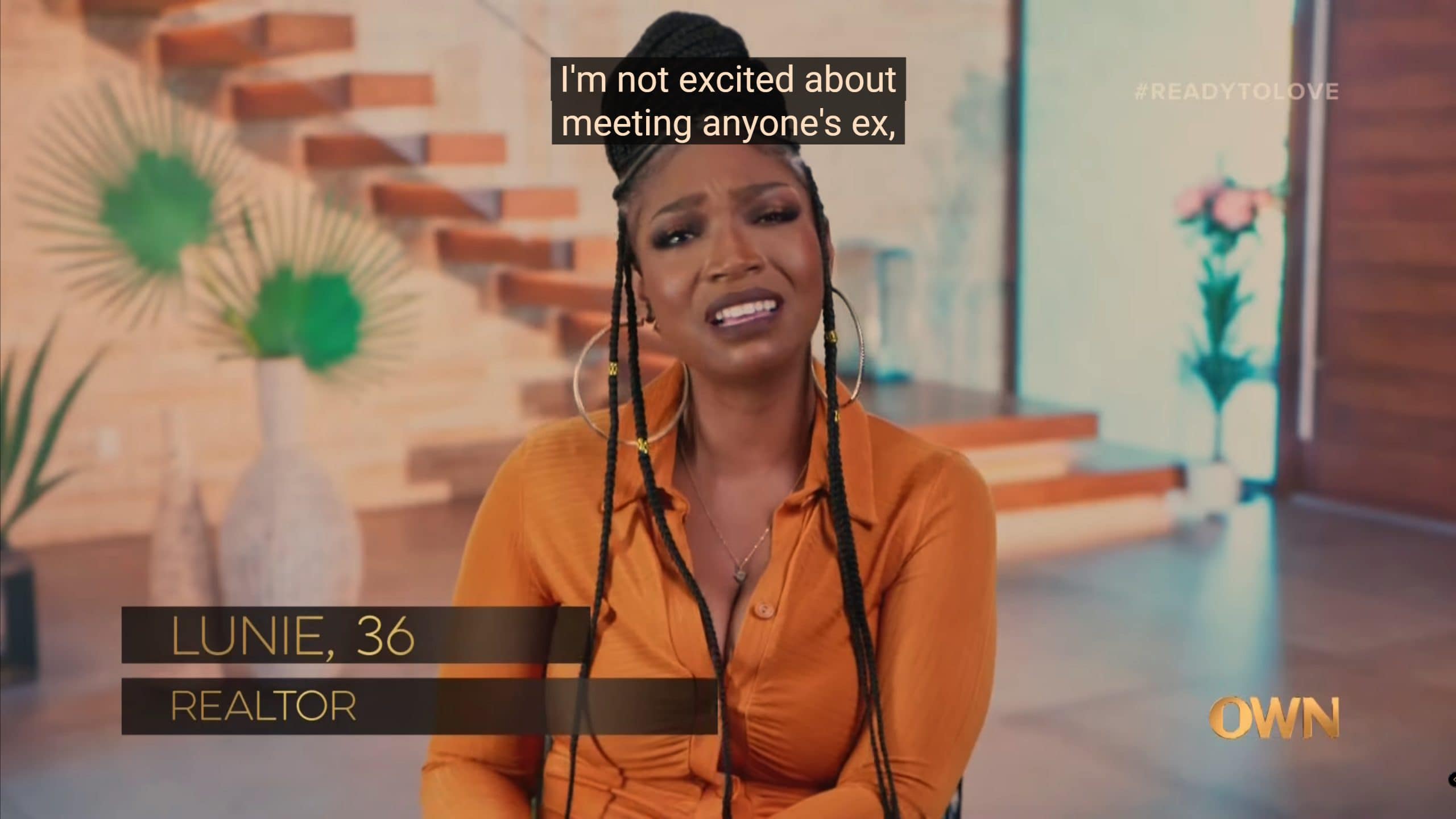 The ladies meet the men’s truth-tellers, of which the majority are their exes, leading to the idea that some minas well just eliminate themselves.

For Sampson and Shareese, it’s pretty much a done deal. There is no chasing or needing to question things. She wants him, he wants her, and the only thing he needs to do is open up more to her. For clearly, Brandi isn’t an alternative nor Lunie. It isn’t even clear why Brandi is on Sampson’s radar beyond getting her more screen time.

Switching to Randall, things are a bit more complicated for him. Clearly, Jamala is his top, but when his ex meets everyone, she favors Kayla and doesn’t seem to like Tranika. As for Jamala? She thinks Jamala is far more into Randall than he is into her, and without that balance, his ex doesn’t see the two as a good match.

LJ has a really bad episode. First, he foolishly has his ex, of less than a few months, meet Lunie and Tranika. It starts badly when Tranika asks about the relationship and learns LJ and his ex had sex just before this season started. But then, when Lunie joins in, and it is revealed this woman still loves LJ? It’s a wrap for him at the next elimination.

That is, depending on Swasey’s next move. Like Sampson, Randall, LJ, and Mike, he is tasked with bringing a truth-teller to meet his love interest, but he is the sole person that brings a male instead of an ex or a family friend. This probably was the best idea for while Kadian does okay with Swasey’s friend, she is still very much Kadian, and between being around Swasey’s friend and then blowing up at Shareese in a group meet-up with LJ and Mike? Kadian shows that, when it comes to her and Swasey, they are sticking with each other because no one else wants them, or they don’t want to compete against already established connections.

Which leads to Mike. Brandi and Kayla are still vying for his love and attention, and Brandi continues to come out on top since, as said by multiple people at this point, the attraction between Mike and Kayla is lustful and the kind of passion that burns hot and will burn out. Meanwhile, when it is just Brandi, Mike gets fidgety and excited and is a bit more open. Almost like he doesn’t have to be his representative but himself. And while, yes, Brandi reveals she formerly didn’t want to be with a man who has kids, Mike has reassured her that his co-parenting situation is amicable, so she is trusting that it is.

Despite the Shareese and Kadian situation, which was notable and dramatic, being that Swasey knows Kadian is the only one keeping him in the game and Shareese having the full protection of Sampson, that leaves Lunie and Tranika. Now, both women see the writing on the wall, but while Lunie is chill about it, Tranika curses up a storm for being in the bottom two. This is very out of character, but once she learns she is staying, things chill out.

Poor LJ. He gets saved for another week and gets exposed for still messing around with his ex, who confesses she loves him, and then finds himself bearing witness to Shareese and Kadian going back and forth. This man is just unlucky, and clearly, his luck isn’t going to get better no time soon

It’s About Time For A Double Elimination

Kadian, Swasey, LJ, and Tranika exist in this realm of not being anyone’s top and seemingly hanging on by a thread. Swasey’s options dropped quickly amongst the women after Shakira, and then Kadian exposing his past dating habits. Kadian’s lack of communication skills has made her unattractive to most, including the guy who is likely saving her.

LJ, as nice as he is, got friend-zoned a long time ago and what has saved him is that he is nice, and with so many men who were not into the process existing, there was a hope those feelings of friendship could evolve. Unfortunately, they have not, and we’re running out of people to scapegoat. Then, with Tranika, it’s often like, she is just there. She is nice, and seems lovely, but what we see between Jamala and Randall, it seems at one time she could have offered that too, but then something happened. Maybe Randall backed off, lost interest, who knows? Either way, it doesn’t seem like she is sticking around.

And while this could easily go a few more episodes removing people one by one, I think many either need to call it or get cut.

Ready To Love: Season 7/ Episode 8 “The Truth Will Set You Free” – Recap/ Review (with Spoilers)
Overall
With most relationships being locked in, it’s sad to watch the stragglers try to find someone or make last ditch efforts to win over their top person. Leaving you to wonder, at what point is perseverance sad?
Highlights
LJ Finding Drama
Disputable
It’s About Time For A Double Elimination
75
Subscribe to our mailing list Follow Wherever I Look on Twitter and Instagram, Like us on Facebook, and Subscribe to the YouTube Channel.