We’ve reached the point of friends and exes being met and start off with the gentlemen meeting the ladies’ friends, and it doesn’t go well for one.

Leading the pack of who got asked out the most is Phil, who meets Shiloh, Tisia, and Aisha’s friends and pretty much aces each and every date. They all find him charming, and no one is calling BS despite him having relatively safe answers. Hell, even when the ladies talk about Phil, while you can see some feeling uneasy about him having three women he is entertaining, he seems to be with people who understand this is a process. So, good on him.

As for the others? Sidney has Frank meet her friends, and she pretty much is borderline boo’d up. They are kissing, the PDA is there, and her friends may think he is giving pageant answers, but Sidney is so smitten you gotta question if she would have heard anything her friends said that was negative. This leads us to Donta, who Mumen is definitely feeling, and as the sole person who only brought one friend, Donta pretty much has the easiest time of all the men who dealt with two to five friends at one time. 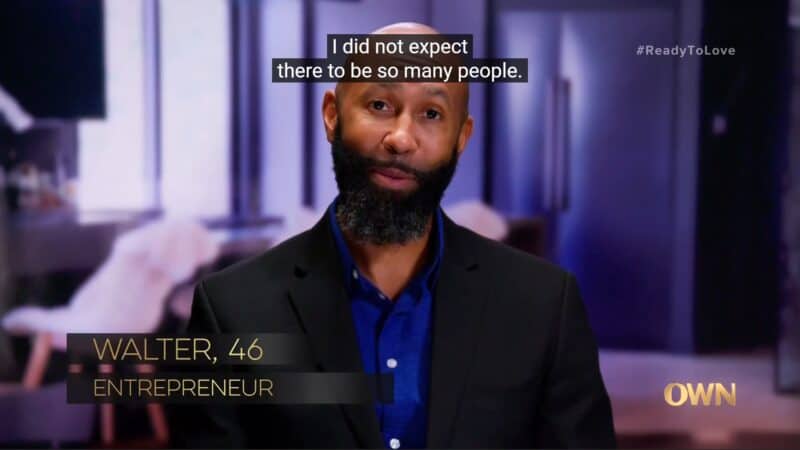 Which brings us to Walter. Despite not seeing him and Sabrina on a date in a long time, Walter is invited to meet Sabrina’s friends, and he does well. He answers all their questions, and, admittedly, what helped was Sabrina. Unlike the situation we’ll talk about in the next topic, Walter wasn’t set up. He got to come in clean, with compliments, and he was able to excel. Now, as for whether he and Sabrina may actually be more active on the show together? Let’s hope so since they need to have a conversation about kids for us to know if they are a match or not.

For Others, Not So Well – Walter, Mumen, Shawn, Sabrina, Kamil, Cornelius

But, while Walter does well with Sabrina, he doesn’t with Mumen. Why? Well, unlike Sabrina, Mumen had it where her dates met. So Walter was a little caught off guard, and you can see that made him reserved. This is in comparison to Sabrina, who let Walter get his time, escorted him out, and then brought Shawn, who, well, she set up to fail.

How? Well, she told her friends about the conversation she had with him at the Korean spot, and you get reminded why you should be wary of critiquing people you like with your friends. At least if you don’t want to be talked out of liking them. Because, in Shawn’s words, he was put in front of a firing squad, and it seemed to really damage his thoughts about being part of this process.

However, of all the friend meetings, only one person had their friends turn on them, and that was Kamil. Naturally, she had Cornelius meet her friends, and while they did ask him questions, he also was one of the few men to ask some back, and one of Kamil’s friends spilled her tea, ranging from leaving people at the altar to commitment issues. And as for what they thought of Cornelius? Was, between the celibacy and him being the kind of nice she’d run through, they want to be supportive but are sporting a side-eye in their tone.

Difficult Conversations Which Have Nothing To Do With Elimination – Zadia, Sabrina, Sidney, Kamil, Aisha, Tisia, Shawn, Cornelius, Phil, Shiloh

Just to get it out of the way, Shawn is eliminated for losing interest in the process, which he admits, and Cornelius is warned he has to look beyond Kamil if he wants to stay. With that out of the way, it seems while Phil is doing good in his individual relationships with Aisha, Tisia, and Shiloh, him playing the field is causing some issues, maybe even insecurities.

Now, for Aisha, a part of her wants to give him the space to explore, realize what he has, and come back to her. Yet, at the same time, we’re halfway past the midpoint, and she’d like if he wouldn’t stray to two other women. Now, for the most part, it is Zadia who starts things because she takes Aisha’s statement to heart and specifically takes offense to the comment of her having a list. She has two guys she is interested in, so she doesn’t think she has a list, and she doesn’t like the idea of being rushed. After all, the process has been enjoyable for her so far. 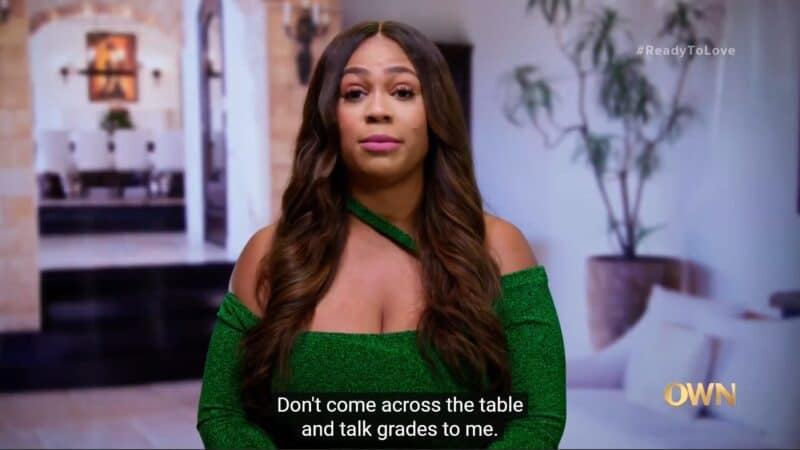 However, after a while, Zadia’s back and forth with Aisha draws in Tisia, and Zadia’s attitude is brought into question. Thus drawing in Sidney, who comments about making things harder because she is new, and Sabrina makes a small notion that Sidney shouldn’t have added her two cents. And Kamil? Well, everyone pretty much knows she owns Cornelius, so her making faces when they critique him gets noted by Tommy, who isn’t down for her antics. But, with Cornelius on the chopping block and admitting to Zadia, during elimination, he thinks Kamil may have scared the other ladies away, it is time to see if he might be willing to make her mad to find someone better?

Usually, when there is drama, it is because someone is stuck on a person, doesn’t like others are interested in them, and so they make little snide comments. However, rarely is it a personality clash thing amongst the ladies, and it having nothing to do with a specific man. In a weird way, we appreciate this.

Why? Well, because one of the parts of the process which never made sense is how you are supposed to have camaraderie while talking about guys you have a mutual interest in? Never mind, if you don’t like someone and talk about it, you could be getting rid of someone another woman has an interest in. This, in my mind, is one of the flaws that can’t and won’t get fixed with Ready To Love.

But I can’t say I have watched this for 5 seasons, 4 if you don’t consider Last Resort a season, and pretend I don’t like the drama. Now, do I think this is personal? Maybe. Let’s never forget that everyone is a certain age, going through the dating process on television, and aware they aren’t the only one. Also, they know they aren’t the only one and then have to hear what the guy did for other women on top of that.

So even if the guy isn’t put in the center of it, just how people move and talk is bound to cause conflict. For, in the case of Aisha and Zadia, they don’t have any mutuals, but both do have strong personalities. Add in both have a certain level of sensitivity to boot? It doesn’t make a good mixture, and as shown in previews, this likely won’t be the last back, and forth Aisha gets in, and if this should be seen as a precedent, we are in for it.

While we all know it’s a process for this show, I respected how Sabrina handled Shawn and Walter because she didn’t make it seem like a competition. Yes, she did screw over Shawn by planting a seed in her friends’ heads, but she did try to have her friends ease up when they were really going in on him. Which makes her one of the kindest I’ve seen go through the “Meet the Friends” bit since most let their crush get eaten by the wolves. 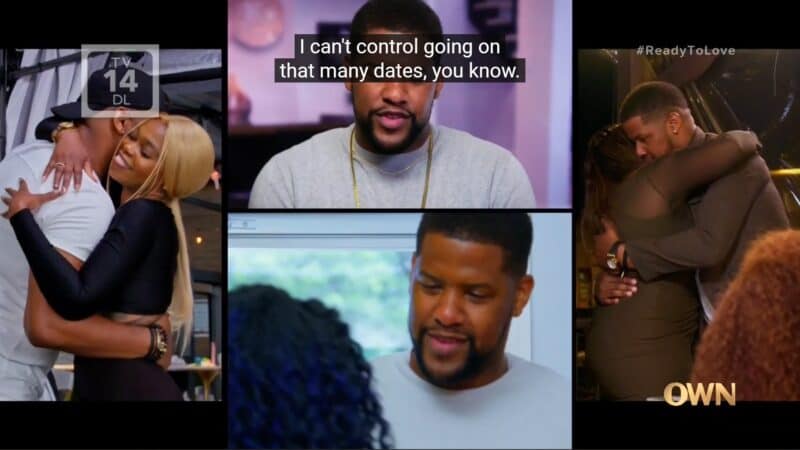 You saw how the producers tried to make him seem arrogant about those dates, right? Well, he didn’t take the bait, and I’m glad he didn’t. Now, he did say everyone was his top, and luckily the ladies didn’t find out, but for the most part, Phill showed that he isn’t staying under the radar and waiting out the problematic pics. He has something to give each woman, it’s just he isn’t showy or boastful.

Why Was Shawn Cast?

Shawn wasn’t ready for this show. I don’t think he was ready for the intensity of the competition nor the added issue of coming in a quarter of the way through the season. It feels like Shawn was a sacrificial lamb part of the showrunner’s experiment to shake things up in the long run.

Mumen Having The Men Know Who She Is Seeing

Let me be clear, I know a lot of these scenarios may not be in the cast’s hands, but I do feel if Mumen had a hand in the setup for her, Donta, and Walter’s date? That was trash. In fact, I’d take it so far as to say it showed her age a bit.

Which, I know, might be being a bit much, but with the way Walter reacted, I felt forced to remember this show is less about dating to find love as it is seeing who can handle the theatrics of dating the best. And I just feel that, with current and past cast members, some of them just didn’t deserve the awkward and ridiculous positions they were put in, all for our entertainment, and the cast could surely have said or done something to make things better. Ready To Love: Season 5/ Episode 7 “That’s What Friends Are For” – Recap/ Review (with Spoilers)
Trajectory: Plateau
While we definitely have many potential end-game couples, it is hard to say who might be in the top 3 since both the men and women are still on their journeys, and few really putting any pressure to be the only choice.
Highlights
How Phil Handled Three Dates
How Sabrina Handled Things
The Drama
Disputable
Mumen Having The Men Know Who She Is Seeing
Why Was Shawn Cast?
78
Subscribe to our mailing list