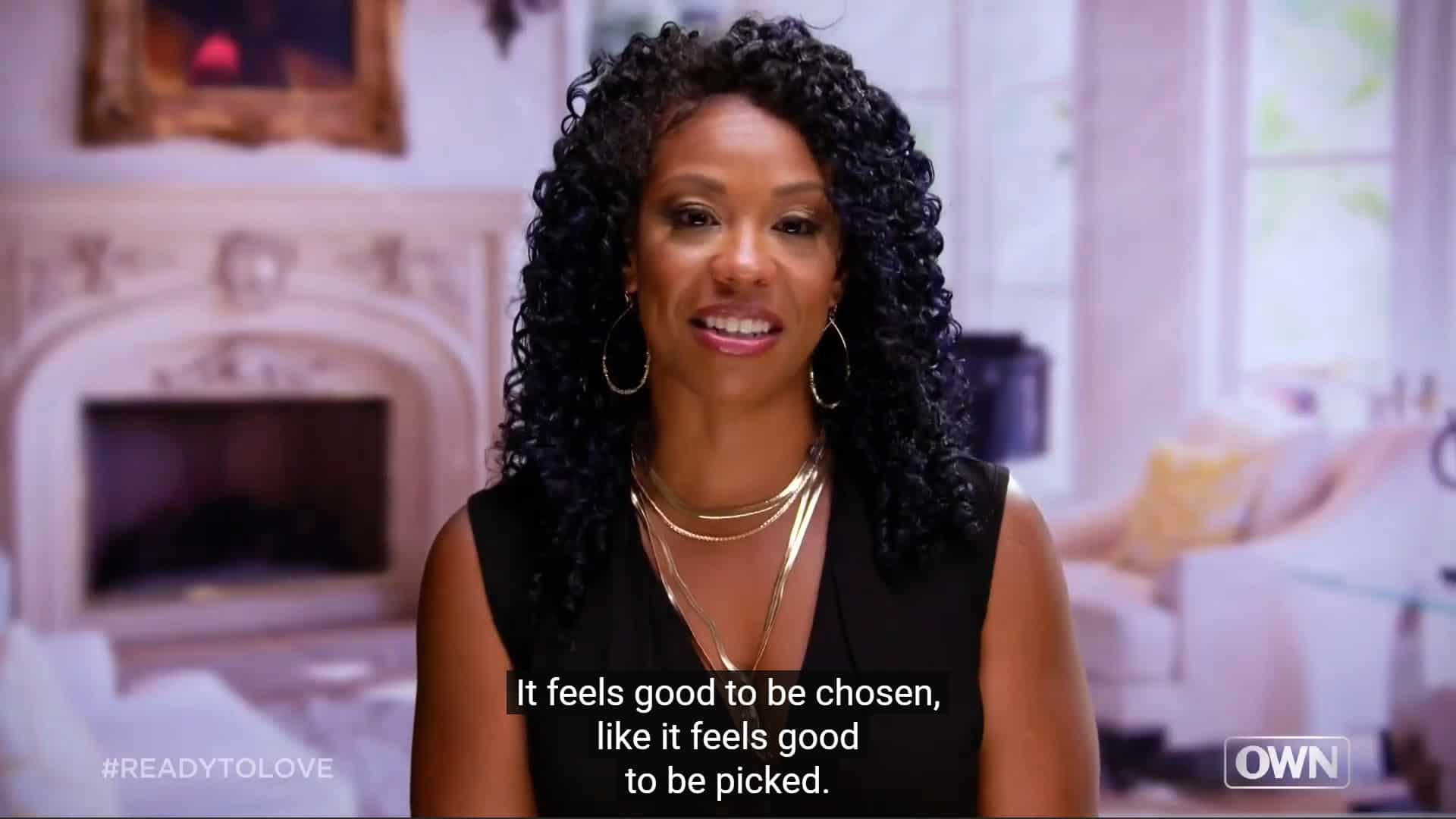 Two new singles enter and put pressure on those who haven’t necessarily been performing at their best and reminds everyone that you can’t be jumping ahead in the process.

So, as previews showed, we got two new singles, and the first one is Sidney, who is a 33-year-old *sigh* entrepreneur who works in the nightlife industry, and actually knows Frank! Take note, not personally, but they are familiar with each other, allowing an instant connection. However, she also has her eyes on Cornelius for a hot minute and even has a nice moment with Donta.

As for Shawn? The 44-year-old creative, who is a writer, actor, and noted as a journalist, hones in on Sidney at first but did spend some time with Aisha. However, once it became clear Aisha doesn’t want any more kids, so ended that connection.

Tyrone decides to cut off another one, and that person is Sabrina. This, like when Kheri was cut off, comes off a bit abrupt and surprising, but unlike Kheri, Sabrina has options. But she honestly isn’t pleased with how Tyrone ended things. Yes, it was better than he did with Kheri, and there is some admiration for him going after who he wants, but the problem is, Shiloh doesn’t feel the same. She still wants to go through the process, and this essentially leaves Tyrone in a place to wait around.

Switching, quickly, to Kamil, she just makes it clear that she just wants Cornelius, doesn’t really want him going through the process, and would like him to just pick her and be done with “The Journey.” However, things don’t work like that, and honestly, while Cornelius was trying to spin Kamil being possessive in a good light, it’s no longer easy to. She now presents a major red flag, and being that she is being more obvious about it, she is starting to get the side-eye from other people.

However, no one has a bigger and brighter red flag than Corey. As shown throughout the series, there is an art to talking to multiple women, and a notable part of it is being upfront. The process doesn’t allow for secrets, and when it is time for elimination, anything you did or don’t do comes up and will affect the final decision. So Corey not being honest with Mumen and using the same game he is on Mumen on Courtney? It puts him in the hot seat and makes him lose his supporters and those who tolerated him for the sake of another.

But, with Corey in the bottom two, with Tyrone, it may have seemed like Courtney was going to dismiss Corey, and that be it. However, Tyrone gets dismissed too, and to add onto the heartbreak, he gets dismissed by Shiloh!

Yet, part of the way the show tries to have the eliminations done is by having someone step up and be honest, kind, and say what that person needs to hear. Shiloh was the only one who could, and honestly should, have taken that role, and, gracefully, Tyrone exits Ready To Love.

I See Your Trickery Editors

A double-elimination was bound to happen, but I honestly thought we’d just lose Corey, and that be it. However, as Courtney talks about liking Corey’s gesture in the episode, I forget about Mumen revealing the parent thing in the episode previews. Making it so, with Phil barely talking to anyone, I thought we’d be in for a surprise elimination. Yet, when I saw Tyrone and Shiloh and then Courtney with Corey, the writing was on the wall, and I felt a bit shocked by what ultimately happened.

Do you and I know Kamil likely will get booted? Yes. However, getting a scene making that clear does take the fun out of the guessing game. Mind you, a double-elimination could happen and likely will have to with the inclusion of Sidney. However, even if Kamil is an obvious choice, and Corey was able to appear safe for a minute, you and I know Kamil can’t turn this around.

A Reminder That The Process Is Flawed

Tyrone and Corey are the perfect examples of why the process is flawed and is a challenge for anyone who moves too fast or too slow. For those like Tyrone who can figure out who they want quickly and don’t want to waste their time going through the motions, you get cut if you aren’t in sync. And even then, if you are in sync, but problems arise, being that you stuck with one person for so long, no one knows you, and you are treated damn near like a pariah. Thus making it easy for you to get cut.

Then with Corey, let’s get out of the way he was definitely corny and using player tactics. Yet, that is what is expected. It’s just you’re supposed to be more subtle and ambiguous when you are in pursuit of multiple people. You’re supposed to give enough to keep them interested yet not truly reveal your hand until closer to the end. Which has become a problem, since by that time, you are in too deep and now have to get yourself off from multiple strong connections, but if there is no drama, there is no show?

So, unfortunately, you either have to learn how to play multiple people’s emotions or hone in on that one person who will vouch for you so hard that you’ll get left alone, as long as you don’t screw up.

Ready To Love: Season 5/ Episode 5 “Sink or Swim” – Recap/ Review (with Spoilers)
Trajectory: Plateau
It's always sad to see someone go home who seemed more so ready to love than willing to date, which was the case with Tyrone. Yet, this is why Liz and Jason were touted during the casting special. They are the exception and the proof the process can work. It is just, for most who come on this show, that learning curve is a b****.
Highlights
I See Your Trickery Editors
Disputable
A Reminder That The Process Is Flawed
I Don't Know How I Feel About Them Making The Eliminations Seem Obvious
75
Follow Wherever I Look on Twitter and Instagram, Like us on Facebook, and Subscribe to the YouTube Channel.