It’s mix and mingle time and, already, you seeing the usual cast members eliminated first and you counting down when others will get the boot.

So, who was shown to have the best chances? Well, Jason for one, but that’s because he, like Joel and Troy, David too, knows how to play the game. They are mingling, making the ladies laugh, and most aren’t too committed yet. Not to say the women aren’t playing the field as well. Stacy said she had the skills of a player, and it shows. And even those like Kyra, who are more traditional and think men should approach her, unlike in past seasons, her type isn’t struggling for attention. Granted, she may not always get the attention of the guy she wants, but she isn’t going to be eliminated any time soon. David and Liz singing together

However, when it comes to people matching? Well, some combinations are blooming. For example, their mutual love for the lord and gospel has David and Liz seeming like a possibility. Also, being that Jason was the basketball coach for Alexis’ son, there is history there, and with her having a crush on him for a long time, this seems like God giving her the opportunity to put up or shut up.

As for others? Well, Verneashia and Joel bond over their love for their kids, and that’s about it. Though, as we’ve learned over the years, the editors and producers like to craft a certain narrative, so who knows what may have been left on the cutting room floor.

Which is a disclaimer to say, for some, maybe they didn’t crash and burn as bad as we were led to believe. One example being Andrea, who didn’t make a single connection. Why? Well, if it wasn’t for talking about her missing cat, it was just chatting with guys where there isn’t a connection. Following her is Ida, who, compared to the rest of the ladies, is a bit more around the way girl than many of the men seem to like, but for Jason especially.

As for the men? You got the timid Christian, who no woman was feeling since they seem to universally want someone aggressive. And while Kyra tries to help him, he misconstrues that for interest and ends up curved. Then with Khaleel? Let’s write off his issue as a lack of reflection. At least based on his conversation with Amber, where it seems he was ready to blame the women in his past over his own flaws, in terms of why he is single.

Leaving Ronald. Well, Ronald’s problem just comes from one, being jealous of the returning Kris, which shows insecurity, paired with him just saying all the wrong things to some of the women, like Andrea.

But, of these people, who got eliminated? The first was Khaleel, and then we were led to believe there would be a woman chosen for elimination. However, it seems, with recognizing the women this season are a bit stronger than the men, in terms of being ready to love, a second man is chosen. Which one? Well, Christian.

Take note, though, Ida was on the cutting block for the guys, Tressa as well, and so was Andrea. Also, while Ronald made it through this round, his name is the only one left of the guys no woman liked. So he better learn when to shut up or show some flexibility on his opinions, or he’ll be like Kris and get elimination PTSD. 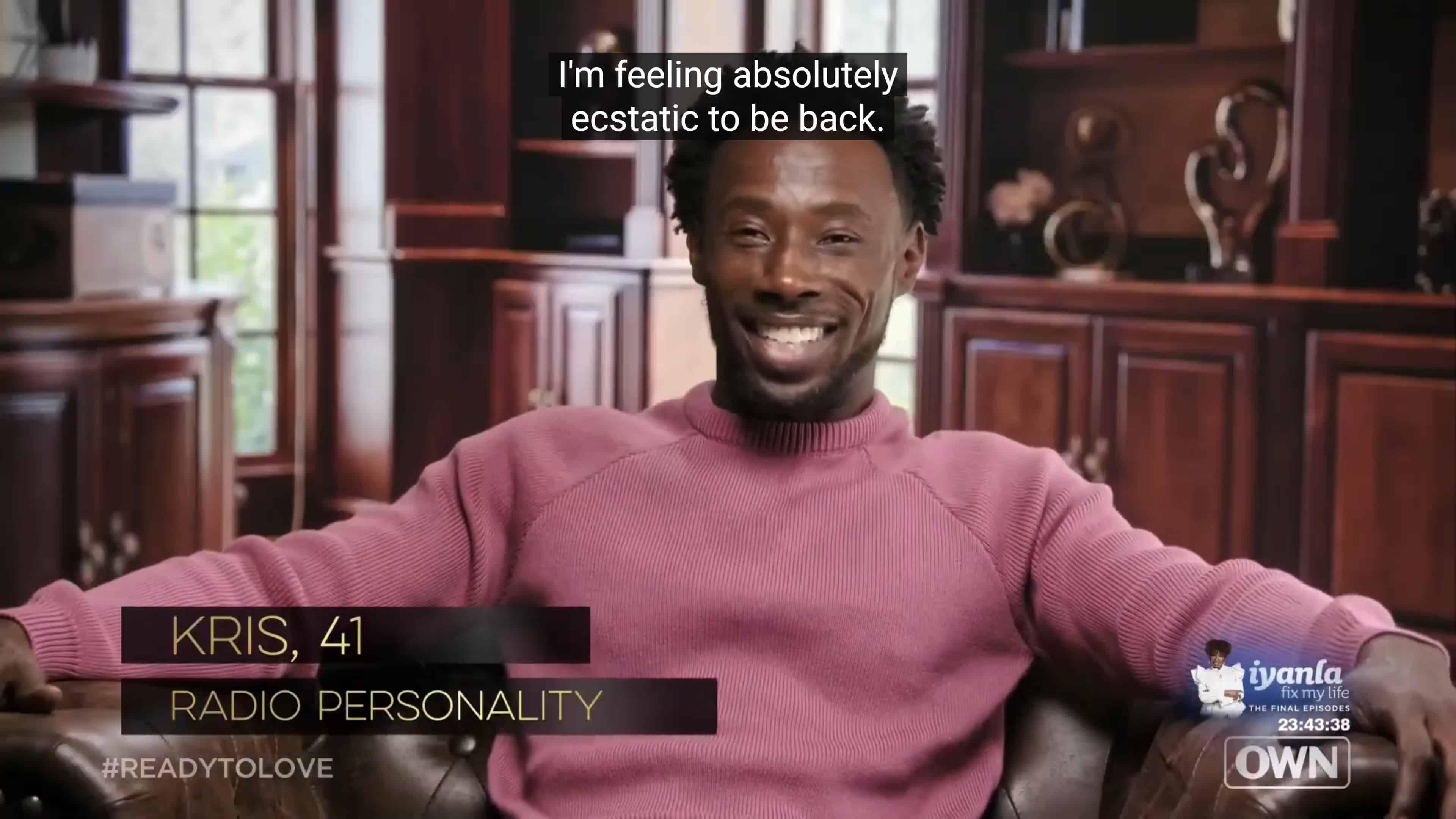 Will there be drama? Hell yes – this is reality television. However, while “Last Resort” lived up to its title, some long-term potential couples are here. If not, in Liz’s case, as the men said, certain individuals you think can genuinely match with multiple people. Now, as seen in the past, here is hoping she doesn’t latch onto one, that go south, and then she is gone. Too many, both men and women, have done that and wasted their time. However, this round feels different.

Heck, even for the more flirty ones, as much as there is the vibe they are playing the game, it doesn’t yet seem like they are playing these women. Now, will it get messy? Of course. An intimate relationship is having what happens made public? But, you know how Ready To Love is. The excuse will be, “It’s part of the process,” and some may try to work within that mindset, and others will not.

Getting back to a more positive outlook, between Liz, Alexis, Stacy, and Verneashia, it seems the show isn’t just slapping together a bunch of single people without finding them decent matches. Whether it is faith, close proximity, or people who also have kids and them playing a strong role in their decision making, it seems more effort was made to find potential matches for everyone.

Still Seems Some People Set Up To Fail

Why was Christian put onto this cast? Also, why Ida? Timid people have NEVER done well on this show, and while how Christian was in the interview stage vs. with the other singles could be seen as a vast difference, doesn’t a part of you wish they would stick to those who aren’t just ready to look but also pursue? This is an elimination show – you can’t hope having the basics, like good hygiene, a job, and a home, is all you need to stay. That just gets your foot in the door, and with the door being made of metal, don’t think someone won’t slam it and break your foot. 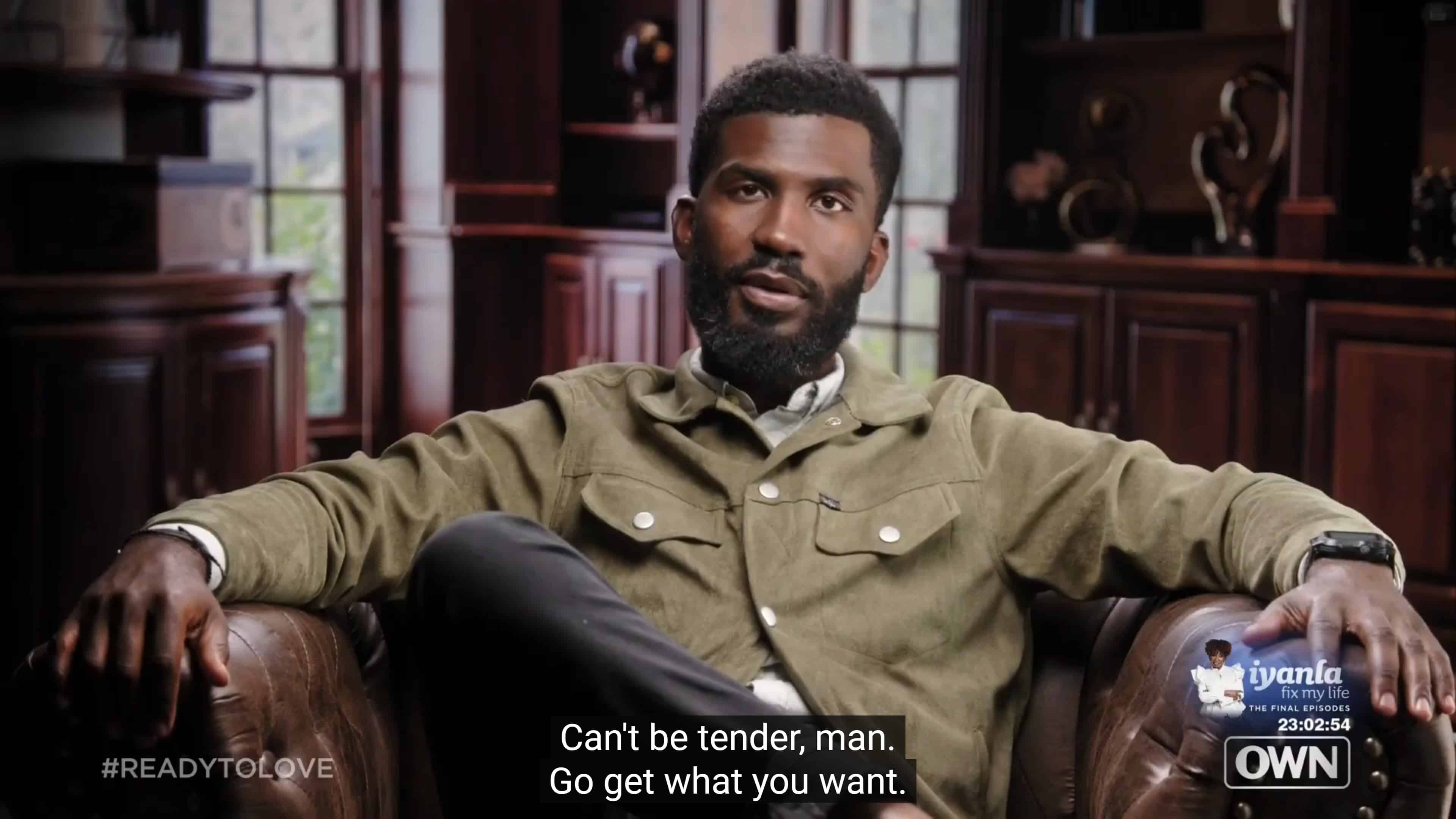 Christian noting you go to go get what you want.

That aside, we also have to bring up Ida. Now, a part of us appreciates them bringing someone who is less classy at first but can get a bit buck as things go on. Ida doesn’t present some kind of façade to the situation. But, who exactly did they envision her for? Because, right now, she looks like reality tv fodder. And while they may not get what they need to do her dirty like Denice (or is it Denise), you can tell they going to squeeze her for content before the men eliminate her.

Still Seems Some People Set Up To Fail - 73%

Summary As we watch the singles mix and mingle, there is a bit more hope than Ready To Love's past season. Though, whether or not some of the potential matches we see will play out? Well, we gotta see more episodes to make that decision.