If you thought “The Journey” was a hot mess, oh, you HAVE NOT seen trifling yet. And that includes Nephew Tommy as an instigator.

Let me tell you: Things started off cute, and then it got into reality show MESSY! We learned Ashima and Darin are still going strong, you know, to make us think things would be all cute and like “Black Love” would have some new couples to be featured, but things then went left. We got Jimmy showing his whole behind, including Hershey stains in his draws, with Nephew Tommy still pushing him and Kimber together despite that. There is also Chika showing that, while he can apologize, mostly for tone, he still doesn’t get, entirely, how he was wrong.

But, what can I say, ego is involved, and people didn’t want to lose while on “The Journey.” Hence the Tondy, Mario, and Reva fiasco that had homeboy revealing he dumped Tondy, two weeks ago, and within days was talking to Reva and got with her.

Let’s Get The Cute Stuff Out The Way: Darin, Ashima, Nina, Terrell 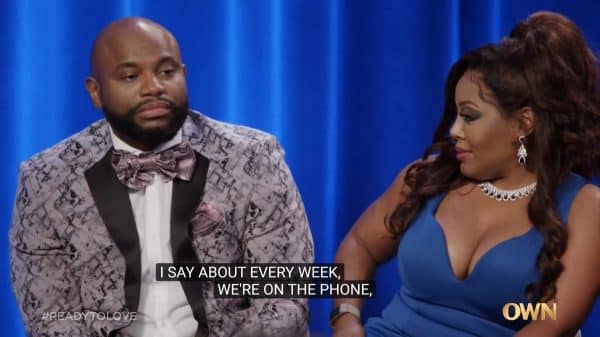 So, Darin’s father is doing better and is out of rehab, and he and Ashima are good. There are no snide comments, no red flags, and while the dogs will likely remain an issue, it is said that as she is being exposed to the dogs, there is hope things will become better between them. Also, we learn Terrell and Nina are a thing.

Yeah! Apparently, they omitted scenes that could have made it seem like either one was wanted. That is as opposed to making Terrell seem corny and desperate and Nina, well, as someone who seemed like they were by no means prepared for the mental gymnastics required to date on this show. Much less wasn’t on anyone’s radar. Here is the thing about “Ready To Love,” it is supposed to be about people who are grown, sexy, and know what they want. Being mature? That isn’t part of what the producers seem to look for. Hence why Jimmy decides to double down on insulting Kimber, who is looking like she was given a serious budget for every last thing she is wearing. But, the real issue comes in the form of Nephew Tommy. Someone who acts like he gets a bonus check if more couples are made so despite how toxic Jimmy comes off, he keeps trying to push Kimber and Jimmy together.

Now, I get that Jimmy finally gives a proper apology, but let’s not forget this is national TV, and OWN just got on YouTube TV – so maybe he is doing it for the camera? You know, showing some sense like Chika. Someone else who finds themselves giving an apology, but seemingly only when it is becoming clear they are seemingly in the wrong and need to fix up their image a bit. And to be kind, Ashima apologizes too, even though she didn’t really have a reason to.

Aren’t Ya’ll Too Old To Want This Kind Of Drama In Your Life?: Tondy, Mario, Reva 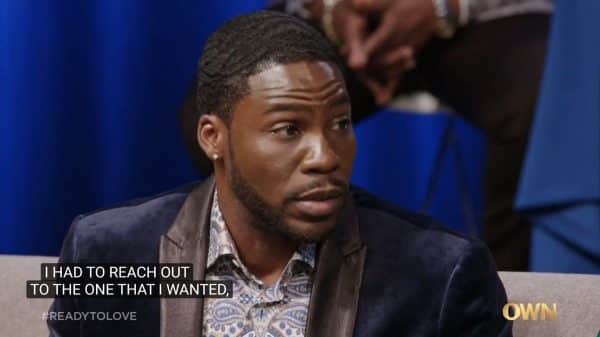 Mario: I had to reach out to the one I wanted.

I just want to rundown these ages with you real quick: Tondy is 42, Mario 41, and Reva is 43. Mario and Reva are grandparents, everyone has a job, and this isn’t their first rodeo. Yet, despite the assumed life experience, Mario decides that he is going to end things with Tondy and be with Reva. However, rather than do it the proper way and discuss that with her before getting on television, she learns that, within days of them breaking up, he got with Reva.

Leading to Tondy being shocked, embarrassed, and us getting to see one of the most ghetto moments ever.

At Least We Got Some Good Couples

Darin and Ashima are still going strong, which is something to be happy about. Also, Nina and Terrell, who saw that coming? It leaves you to wonder, in part 2, will we get some more happy couples, or will the drama continue?

While I Love The Drama, I Hate That People Got Hurt 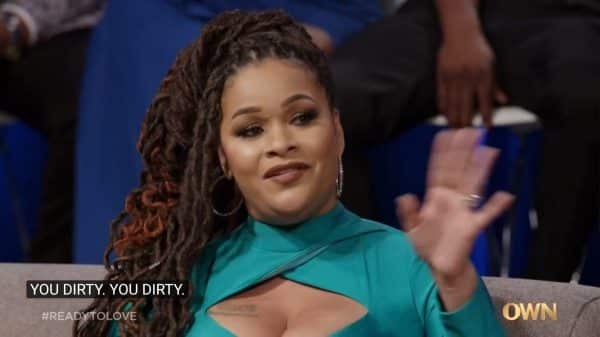 Tondy: You dirty, you dirty.

I don’t know how much if any part of this reunion special is scripted, but this whole Tondy situation is TRASH! How Nephew Tommy was instigating situations was TRASH! And it honestly makes me wonder if love is just a byproduct and by no means the desired result of this show. Because the real goal here seems to be, no matter if you are young or old enough to be someone’s grandparent, you can be messy.

Don’t get me wrong, I get as moderator Nephew Tommy has to stir some things up occasionally. It’s just that whole Kimber x Jimmy situation seemed to enable someone who needed healing and was going to use, and possibly abuse, a young woman to do so. Which doesn’t sit right with me because nearly every woman comes on this show and reveals between abuse, being cheated on, or some other trauma, they got baggage. So Nephew Tommy pressuring the youngest person on the show to get with a man who is used to some woman calming him down? Why would he push that?

I mean, it really makes him seem like his place is to stir up drama than create solutions.

While I Love The Drama, I Hate That People Got Hurt - 71%

Trajectory – Declining: Ready To Date, and possibly mess up someone’s credit, is just a mess. The kind I honestly can’t imagine people serious about love going on – especially if they are a woman. For even with things being equal, so they say, it’s clear this show is by no means for women who have been through stuff, enjoy how dating traditionally is, and want to deal with men who want to throw up “The Journey” excuse whenever commitment is talked about.