Wherever I Look
Recaps, Reviews, and So Much More
Home TV Series Raised By Wolves: Season 1/ Episode 10 “The Beginning” – Recap/ Review (with Spoilers)
TV Series

There is something anti-climatic about the season finale of “Raised By Wolves,” despite the reveals and drastic actions.

The time has come for Mother to give birth, and with that comes the question of where? Especially since the original location chosen is overrun by creatures until they get close. Which, between the baby moving and Mother giving the co-sign, it is decided they’ll land, and this is when things begin to get weird.

First, we got Marcus getting visions and discovering what almost looks like atheists, but could simply be another ark. Following that, Paul hears a voice, Sol’s is the assumption, and it reveals to him Sue is Mary and that the other side of the planet, the tropical zone, is dangerous. Leading him to try to keep the ship from going anywhere and shooting Mary!

Thankfully, Paul doesn’t succeed, however. For what Mother ends up giving birth to is a serpent like the ones we saw the bones of earlier on in the season. In fact, alongside father, she discovers the creatures on the planet are devolved humans. Perhaps neanderthals left behind to suffer and die. Thus leading to the two of them, in hopes of protecting everyone, traveling down, into one of the pits, to the core of the planet, and hoping to perish with the serpent. 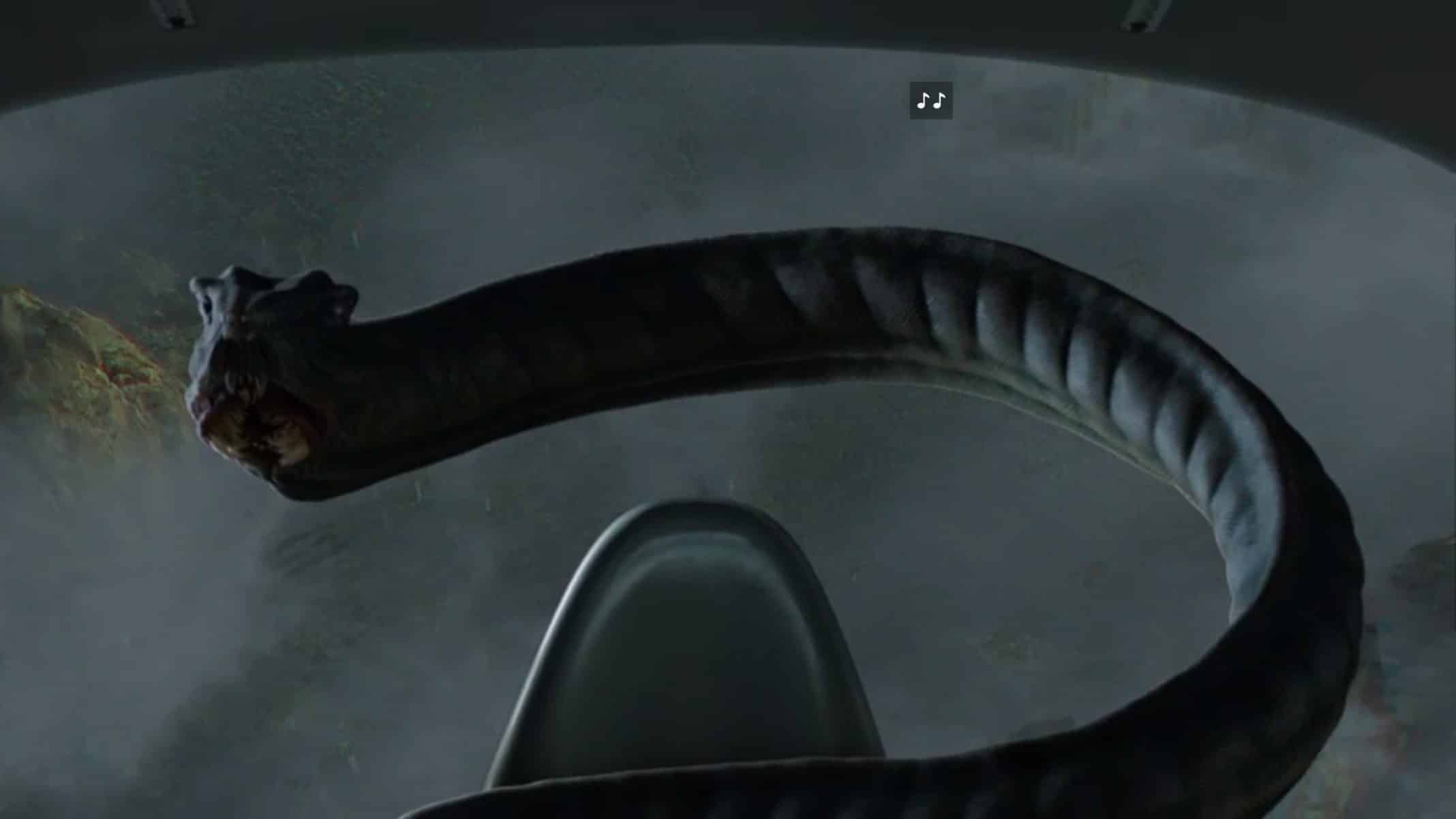 Anyone else got “Alien” vibes from its birth?

But, it seems the ship is so reinforced that it can go right through the core of a planet and go through the other side. Add in not hitting a part of the mantle, but another hole and they find themselves in the tropical zone. Leading to one last attempt to kill the serpent, by jumping from the lander before it crashes. However, all that happens is us seeing a bigger serpent and questioning the state of Mother and father.

Nearly every shocking moment just didn’t hit as expected. Mother giving birth to a serpent? Hunch. Paul learning the truth? Didn’t really hit that hard. Marcus discovering other soldiers? Lukewarm feelings. And what makes this disappointing is that you can tell these were supposed to be legitimate shockers. However, the pacing of “Raised by Wolves” and development has been less than optimal.

Heck, I’d even submit there came a point where it stopped investing in world or character building and simply was going through the motions. If not setting up shocking moments, to illicit reactions, than make you so invested in the show that the moments could have any real impact.

Which is why we’re not really in love with this finale but, let’s be real, after a certain point, the show lost its luster and didn’t necessarily find a star to corral behind.