Emily and Nathan force Thomas to up his game, as a person from Lake’s past triggers her old memories that make you raise an eyebrow.

Bet You Didn’t Expect To See Me – Hannah, Lake

After fainting in public, Lake ends up in the hospital, and there we meet her ex Hannah. Now, why does Hannah show up? Well, due to Lake not changing her emergency contact information, Hannah was called and informed about Lake’s accident.

This, for Lake, isn’t a good thing, despite the way she made things seem when she spoke to Emily previously. For the way Hannah tells it, Lake wasn’t necessarily the victim, the one left behind, but rather Lake is the one who has the habit of cutting and running. Which leads you to believe, what else has she lied about and why?

For example, Lake has a flashback that makes it seem she once was driving somewhere with a person in the trunk of her car. What was that about?

Life Outside Of Murders – Thomas, Joy

Thomas is The Faust, officially, but he has a normal life outside of killing people in inventive ways. He has a day job, is living with a woman named Joy who, assumingly, isn’t his mother and is non-descript.

At this point, it is just utterly embarrassing how many people in police protection or custody have died – in less than a week! Because of this, the next on the list, Matthew Wingate, the man who was the judge who called the mistrial, doesn’t trust the police. However, Nathan and Emily develop this elaborate plan to get Matthew to a safehouse that ultimately fails.

Why? Well, because Thomas finds another way to listen to audio, that allows him to learn of the ruse. You see, the original idea was to make it seem Matthew got shot, which would lead to dragging him back in the house and with all the commotion out front, sneak him out. Andrea would report on it so that it would seem real and then later reveal that Matthew was alive and well. But, to really flex on Emily and Nathan, Thomas also figures out how to deep fake both of their voices and spoof their phone numbers. A newly revealed skill he uses to throw them both off.

Oh, and where was Lake during all of this? Well, she was told to follow orders, unlike last time, and stay in the car. So while she is remembering her having someone in the trunk of her car, she doesn’t see Thomas go into Matthew’s house, where he replaces the fake blood that was supposed to splatter with sulphuric acid. Also, she doesn’t see him leave or hear him throughout this process, including Thomas killing an officer.

However, while she doesn’t see anything regarding Thomas, she is all but ready to point the finger at Nathan and present the idea Nathan could be an accomplice to Thomas. Mind you, she has no hard evidence, just Nathan sneaking around and being weird, but Nathan is weird in general.

But, the problem with Nathan sneaking around and being weird is that he is not keeping Emily in the loop. So while it is good Nathan finds Kate, presses her for answers, and even gets a description of Thomas because of her, not sharing this with Emily makes her job difficult. And yes, he does his best to help and wants to take the fall for Matthew’s death, but that isn’t really an option. Emily was the supervisor, so she is ready for the consequences which are – nothing. Yeah, because it wouldn’t look right because of “logistics,” Emily is stripped of autonomy and power, but she gets to keep her title. Which makes her feel probably as powerless as when Mark was the killer to catch.

While Matthew’s graphic death has that kind of shock value quality that leans towards compensating for something, you can’t deny Thomas’s flair for theatrical deaths. Plus, with him getting his hands dirty this time, you have to appreciate his skills in getting the job done when so much was short notice and needed a personal touch.

It remains a very questionable thing, whether or not Nathan and Emily were a thing in the past. Especially when she talked about where he slept the other night and you being led to wonder if maybe the reason she snitched on Nathan was because they were a thing, she learned about Andrea, and the letter was her revenge? Now, I won’t say that Emily is petty, but I feel that if she thought she and Nathan had something more real than what he saw, and she found out about Andrea, Emily could do something rash.

Granted, we’ve mostly seen her calm, outside ofl a few moments when annoyed with Nathan and Lake. However, this would help us understand why Nathan, of all people, has the most patience for and why he so quickly forgave her over snitching on him and was willing to take the fall when it came to the botched protection of Matthew. That could be him owning up to the position he put her in, besides at work.

More Intrigue When It Comes to Lake

Between meeting her ex, who changes this pseudo-victim narrative she has operated on, to this memory of her driving with someone in her trunk, Lake raises a few eyebrows this episode. The kind where you almost are left to wonder, as she digs and tries to point the finger at Nathan whenever she can, is she hiding something? I mean, even her lying to Hannah about being a cop makes her seem quite suspicious.

Though, thinking about it, considering how Lake is as a person, did they really look into her background or see a woman applying and think “Quota!” 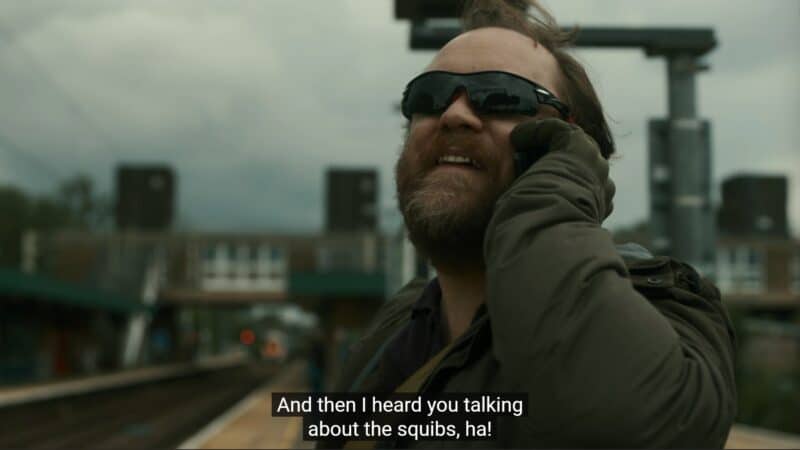 While we, again, appreciate Thomas’ theatrics, it is hard to get past how unremarkable his personality and everything about him is. Which, as he notes, I get is supposed to make him more easily disguised for he blends in with the general public. However, his speech in the mirror after killing that cop, then wanting to gloat to Nathan? It’s like they want to strip him more and more of his mystique with each and every episode.

Leaning In A Bit Too Much Into Emily Being An Other

At first, it was nice that they tapped into Emily’s experience being a Black woman, with a notable rank, on the police force. However, I do think we’re coming to that point where they are leaning a bit too much into Emily not being a white male. I’d even say, between being Lake’s friend and her weird relationship with Nathan, Emily needs to be reestablished outside of what they can get out of her. This is why, with her mentioning her brothers, we hope that we get to see her outside of her job and as she connects with them, we can get reintroduced to her. 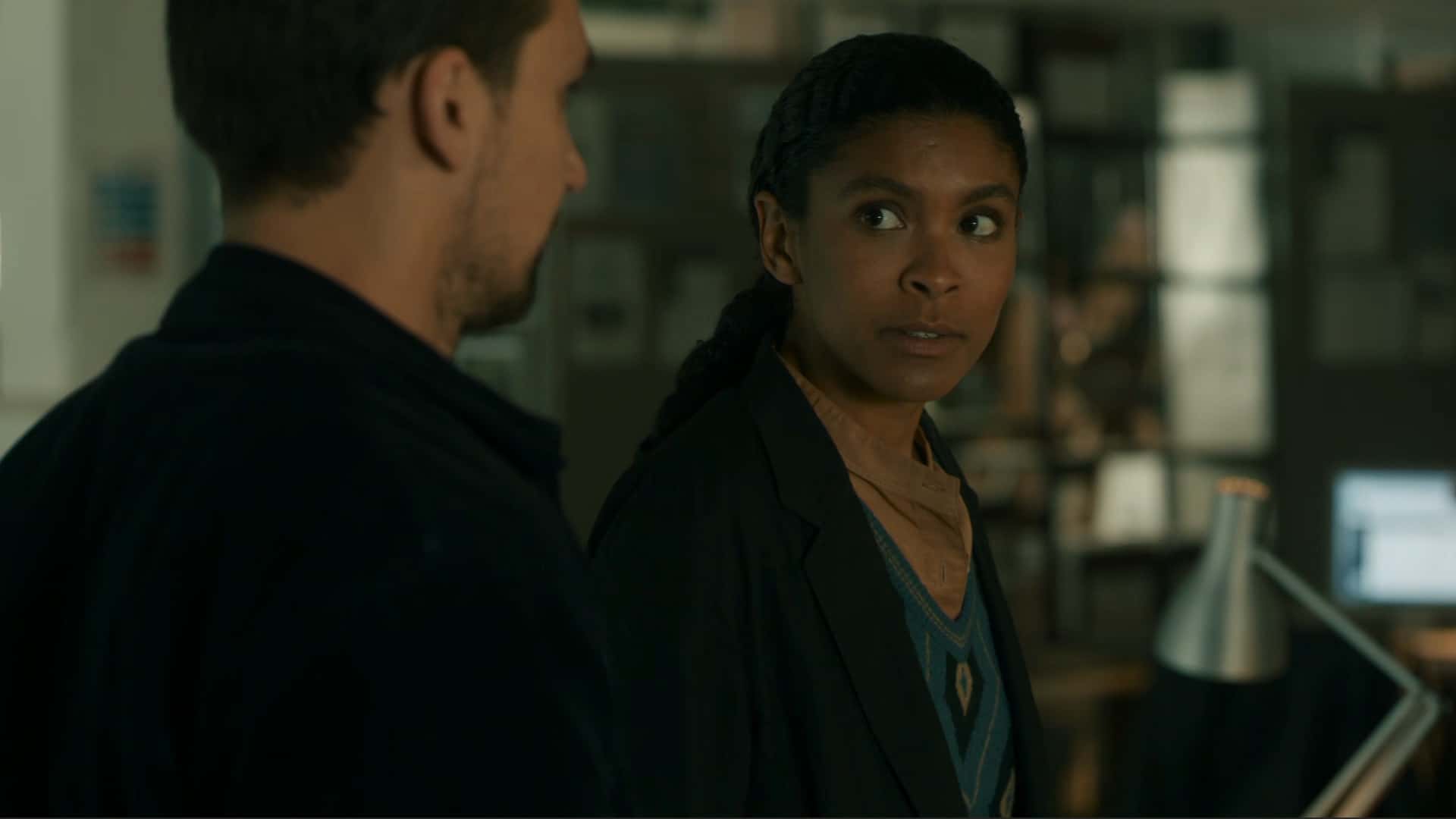 Ragdoll: Season 1/ Episode 4 – Recap/ Review (with Spoilers)
Trajectory: Plateau
Ragdoll has come to that point where it needs something to get it over the hill. Thomas' reveal, and what we've seen thus far, isn't it. Lake being a liar isn't it, nor is Nathan's side investigation. Right now, Emily might be the show's last hope, and it isn't clear if they are willing to invest in her like that.
Highlights
More Intrigue When It Comes to Lake
The Need To Question What Was Emily and Nathan's Relationship Like In The Past
The Elaborate Ways People Die
Disputable
Leaning In A Bit Too Much Into Emily Being An Other
Thomas
79
Subscribe to our mailing list