While we get some semblance of a silver lining, Queen Sugar remains unrelenting. No matter how hopeful each episode’s title is.

Table of Contents show
1 We’re All In This Together: Darla, Blue, Ralph Angel, Nova, Aunt Vi, Hollywood, Romero, Charley
1.1 Commentary
2 As You Win Some, You Lose Some: Charley, Prosper, Frances
2.1 Commentary
3 Learning From Your Mistakes: Micah, Ant, KJ, Charley
3.1 Commentary
4 Question(s) Left Unanswered
5 Collected Quote(s) & .Gifs
6 Highlights
7 Low Points
8 On The Fence
9 Follow Wherever I Look on Twitter, Like us on Facebook and Subscribe to the YouTube Channel.
9.1 Previous Episode’s Recap
9.2 Check Out Other TV Recaps

The Bordelon family, as a whole, learns about Vi having Lupus this episode and, to some surprise, there is no drama over certain people knowing before others. It’s all about how they can help and putting aside differences. For as much as Nova revealing she was with Remy for a spell upsets Vi, and still may sting Charley, it’s petty stuff at this point. Plus, things are serious enough with Romero that Charley has moved on. He even comes to help with Aunt Vi’s massive pie order after her Wake Up Nola! Interview.

That isn’t the only reconciliation we see, however. Darla and Ralph Angel, with Darlene out of the picture, they too settled their differences – out of court. For with Blue needing them both to have the fortitude to learn how to ride a bike, they realize what they are fighting for shouldn’t be custody but the best life for this child. 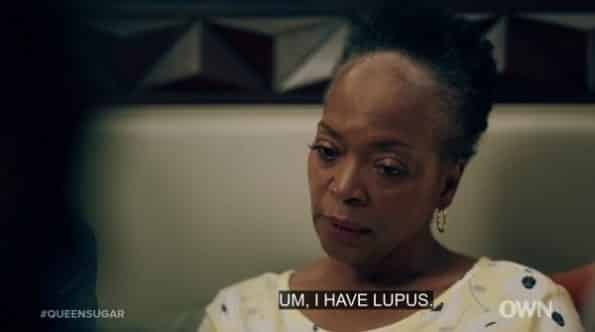 I wonder if Charley’s struggle, all of their struggles really, was simply because they weren’t solid as a family? Maybe the idea was being pushed that, as individuals they are strong, but as a unit, they are a formidable force. But, with that in mind, what will we see not that the family isn’t fractured – outside of Darla likely still on most people’s s*** list? Will this mean Charley may finally get a leg up on her fight for the parish? Vi’s pie business will not only blow up but be consistently profitable and stabilize its growth? Maybe Nova will receive all that she needs to write her book?

Or, could it just be, like many times in the series, while a crisis may bring the family together, one that lull from an emergency gathering is over, everything becomes as they used to? Ernest’s death brought them together, but eventually they split apart. Various celebrations Vi have brought them together, but again things didn’t stick. Is this just a cycle which comes from such a strong willed family or part of what is necessary for a TV drama to keep the lights on?

As You Win Some, You Lose Some: Charley, Prosper, Frances

As Prosper pushes Charley to speak for the farmers at the council vote, she feels coerced to tell him the deal she made with the Landry family to save the farmers. Leading to the reveal of the truth amongst the farmers. Making it where, during the meeting, as Charley tries to defend them, she originally gets heckled. If it isn’t being called a liar it is being called a traitor, yet she doesn’t back down. Unlike when the mill failed in its first season, she doesn’t breakdown and cry as things go wrong. She perseveres and those farmers, fickle as they can seem, come back around.

Yet, it wasn’t enough. By a 4/3 margin, the prison gets approved. But, before that vote, as before, Frances presents this idea she is on Charley’s side. Seemingly just to relish in seeing the girl fail closer than she could as a recognized enemy. And with the vote succeeding for the Landry family, Prosper calls his daughter Billie and throws in the towel. 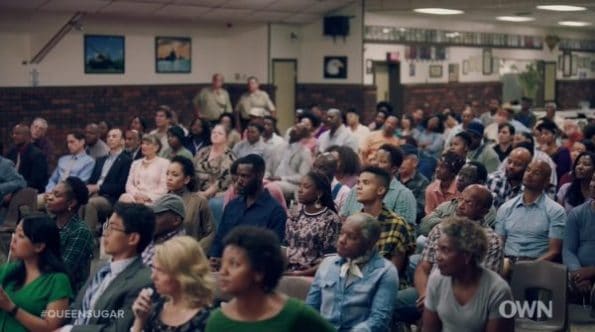 Sometimes this show feels unrelenting and while there is a part of me which feels I should be inspired by how Charley fights in spite of, I need a win. The woman seems to be just getting drawn closer to the beast so it can look her in the eye and swallow her hole vs. just burning all she loves down. If not have minions take things on their behalf.

And why is Charley talking to Frances still? Your gut said not to trust her and yet you still talk to her like she might come through in the clutch. All she cares about is her daddy’s legacy and she may have resigned herself in the idea that, at the very least, is a prison is built it means her daddy’s company lives to see another day. Making whatever 10% she got you, in a moment of weakness, just a foolish mistake that hasn’t much of an ability to bite her in the behind.

But, with that said, anyone else peep how twice a white woman not voting in the interest of the general public was used as a plot device? Are the writers trying to, in a shady, subtle, way, delivering a message? Am I maybe projecting here?

It is really eating at Micah that Any is on house arrest and that now the group has effectively disbanded. However, Micah’s guilt isn’t being strongly heard by KJ. In his mind, the only one suffering really is Ant. Followed by the rest of them and then Micah. After all, he isn’t really making any kind of sacrifice and his life wouldn’t be over if he did take the hit. So whether they got cleared, and Ant didn’t, or not, the situation calls for everyone keeping their heads down and seemingly moving on. Doing anything beyond that would just bring trouble.

But, lest we forget, while Micah may have grown up out west, and is a West, his blood is Bordelon. So, after that vote and being inspired by his mother, and of course what his aunt spoke to him about, he decides to hold a rally against the prison. Which, hopefully, changes some minds and maybe gives that community the win it so desperately needs. 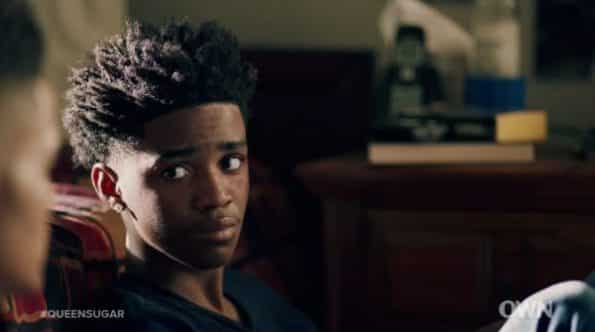 Is Ant going to essentially become Micah’s Too Sweet? A sacrificial lamb so that Micah will learn something? Because, like Nova, it doesn’t seem Micah is incline to take the fall for his part of the situation anymore. It seems he’d rather compensate by doing good things to make up for how he ruined someone’s life. And, I gotta say, I don’t know how to feel about that. 6 months is a long time for someone to go to jail and while his brother is in the same one and can protect him, he can’t do it 24/7. Not to get graphic but Ant could still get cut, raped, and brutalized in there. Too Sweet got lucky, what if Ant doesn’t? Will that just mean Micah fighting harder or will he turn himself him?

And with this whole Too Sweet thing noted, you got to wonder if that is why Keke separated from these guys. Maybe they did something like this before, but it didn’t blow up like the fire. So, she kept her mouth shut and amicable just left the group. Though I doubt she is going to answer why she left, I must admit that is something that’ll stay on my mind.

Aunt Vi: But that’s all right. You can cause you grown.

For you, surviving is taking this picture, instead of being in it.
— KJ

You’re deliberately trying to break something so that later you can say you fixed it.
— Remy