Elektra’s origins, as well as the House of Abundance, is dived into, as we see Elektra become the mother she didn’t have.

When Elektra was born, her mother named her Duane and losing Duane didn’t mean gaining a daughter to Tasha, but the loss of a son. Someone who was supposed to protect her, never leave her, and a lot of other selfish needs and desires. But alas, Tasha’s love was conditional, so ultimatums were given, and Elektra decided that being a sex worker on the piers was better than making herself small and masculine for her mother’s love. 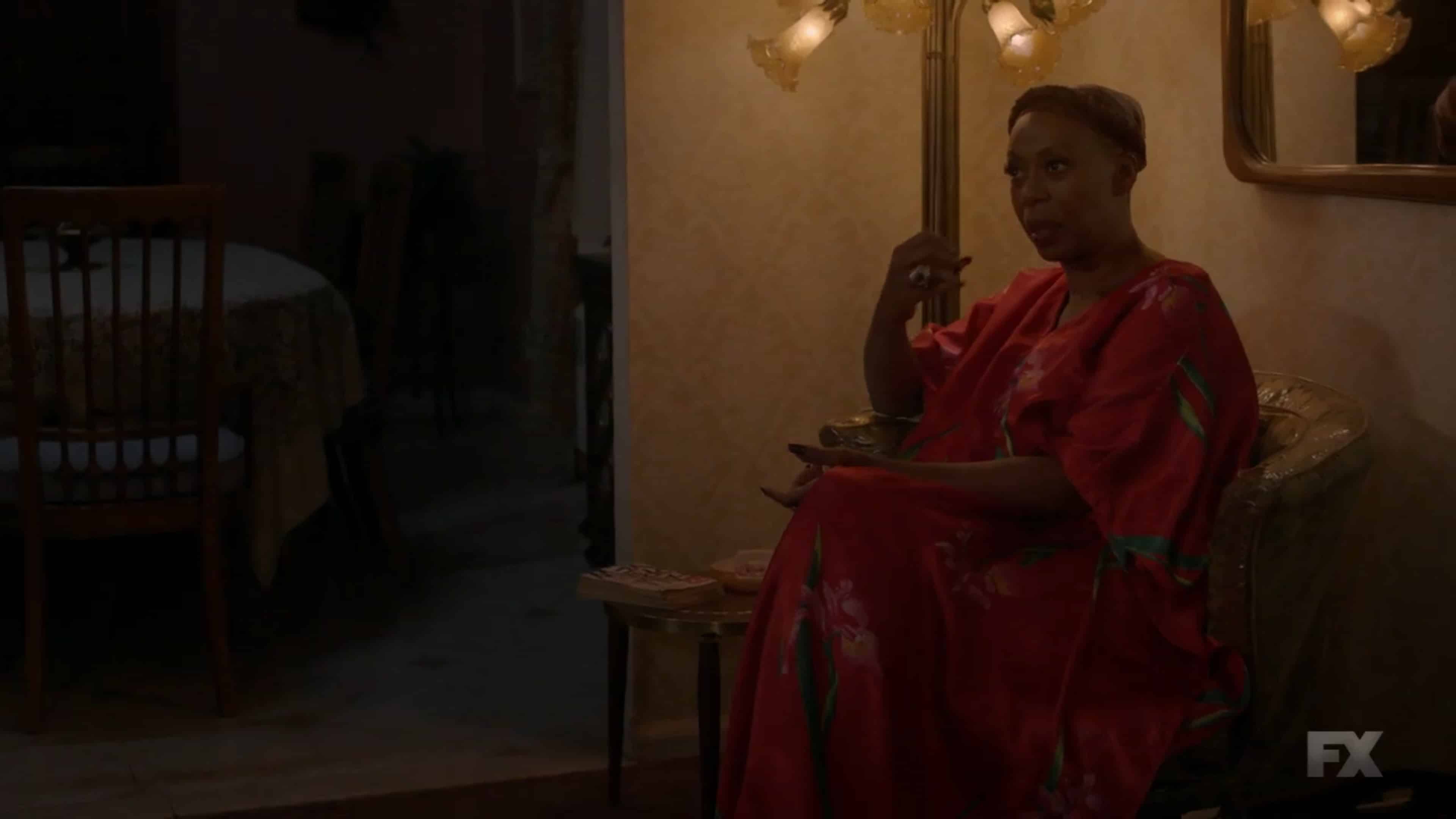 Fast forward less than 5 years, and Elektra has become the mother Tasha refused to be. She had Candy, Lulu, and Blanca who, like a sweet puppy, would always be up under Elektra and check in on her. Which, in many ways, pushed Elektra to be the strong mother everyone needed her to be. Which is how she found Angel, Cubby, and Lemar back when Angel was only 16 and decided those kids needed a mother.

Now, feeding the kids required selling all Elektra worked for, including her body, but with a mission, a purpose, family and love? All the pain one gains from having to sell oneself didn’t match the joys of all these young people’s faces.

Once things became stable, the legendary House of Abundance was born, and each family member walked and slayed. It was seen as a breath of fresh air by some, like Pray Tell, and their dominance made them ever the more closer, and set the stage for Blanca, Candy, and Lulu, as well as Lemar, to become house parents in the future.

With Lulu somewhere out there and Angel in rehab, Elektra turns to Blanca when she gets arrested. Now, what is she arrested for? Well, then New York City Mayor Rudy Giuliani, was trying to clean up the smut in New York and with Elektra owning a phone sex line, it makes her a target. But, while Elektra is fine with the nonsense of being taken downtown, a search warrant raises all kinds of red flags due to the trunk which holds her long-dead client.

This leads to Blanca, with Lil Papi and Ricky, being asked to move the trunk in case the cops do enter her apartment. Now, with nowhere else to take the trunk, it ends up at Blanca’s, and, unfortunately, Christopher discovers it. But, thankfully for Blanca, this man loves her for real since he just rolls with the punches. Heck, he even helps pay for Elektra’s bail and uses his network to get rid of the charges! Elektra sitting at the head of Blanca’s table, admiring the family she helped to create

But it doesn’t end there since he also helps get rid of the trunk and body too! Which makes Elektra very uncomfortable for being in debt to a man displeases her. However, Blanca reminds Elektra that Christopher is her man, she is her mom, and they’re family, which calms things down. At least until Blanca reveals she got into nursing school, which leads to screams, shouts, and people having a drink.

While rightfully called a kiss ass, you must admit you’d want a daughter like Blanca, too, right? One who is just as much willing to sacrifice for you as you’d sacrifice for her, who will help you in a pinch, and ultimately makes you proud. Add in her finding a man of status who would do the same for her, and extend such to you? Elektra should be crying because she knows her daughter will be alright if she leaves this Earth before her.

Did Elektra’s origin story, as well as the rise of the House of Abundance, feel rushed? Yes. However, why look a gifted horse in the mouth? Have we not wanted Elektra’s origin story since the beginning to further understand the icon? So even if her relationship with Tasha seemed to just be a bunch of checkmarks, more than an emotional back and forth, I guess we should be thankful? Also, while we didn’t see Elektra meet and recruit Candy, Lulu, and Blanca, it is the final season, so I guess we should be happy with what we got.

In what may feel like a rushed backstory, we finally get to know Elektra's origins, as well as see the start of the House of Abundance.